I can’t believe that the last update we shared of our small guest bedroom was back in September. It’s not because we wouldn’t have liked to share something new, it’s because absolutely nothing has happened.

Prioritising is an inevitable part of planning and scheduling our home improvement and sometimes we just can’t work fast enough to get the projects that we’d like to do done.

When the rest of the house still needs so much work doing, improving our small guest bedroom (which is more often than not used as a dumping ground) is never a real priority, but after doing a lot of work there last year (we no longer have a ceiling that’s falling down and the boiler has been moved to the cellar) it’s probably about time that we finally got the room finished and first up is boxing in the new steel lintel over the window. 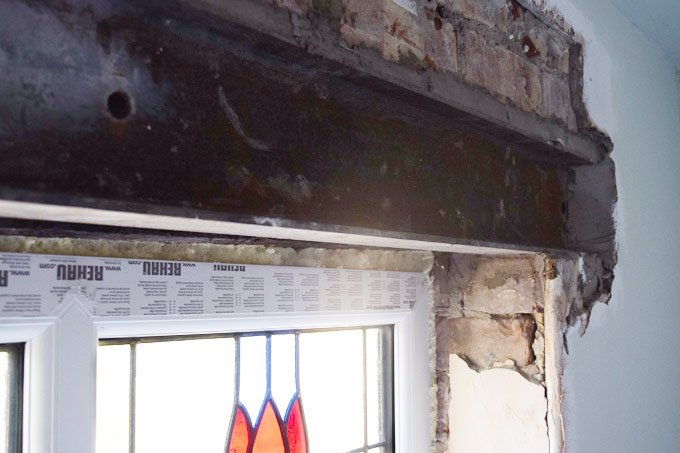 We had it installed last year as part of the first steps for our loft conversion, but as we hadn’t had it signed off by building control before we did the plastering (bad organisation, I know) we still have it on show. 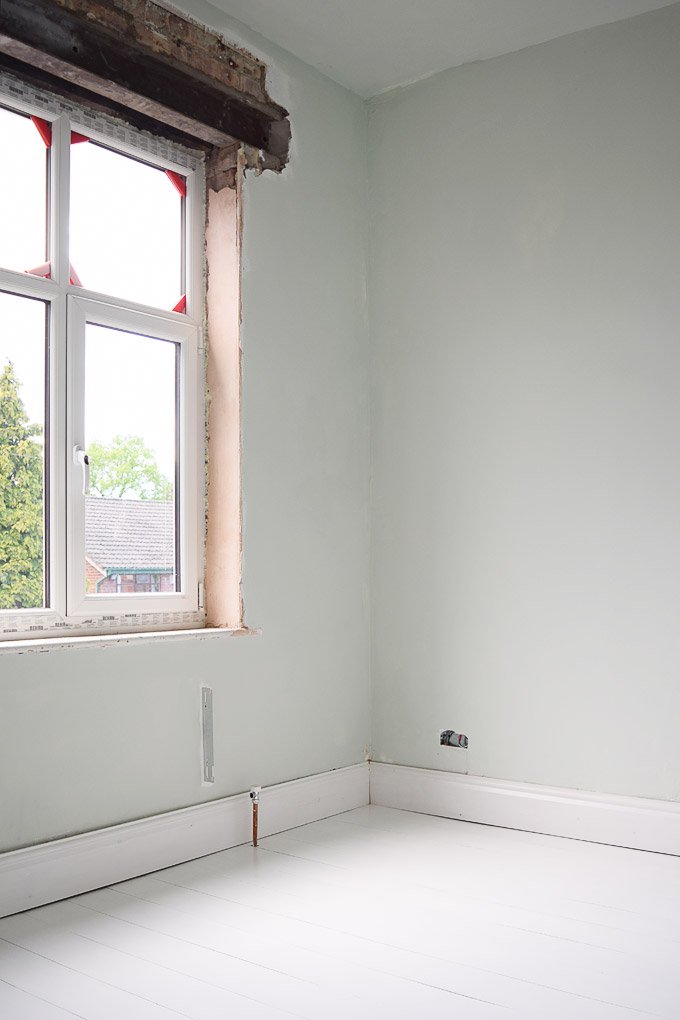 Now though the building work in this room is finally done (the steel was signed off a while ago) – the steel lintel is hidden and the plastering and painting are done! 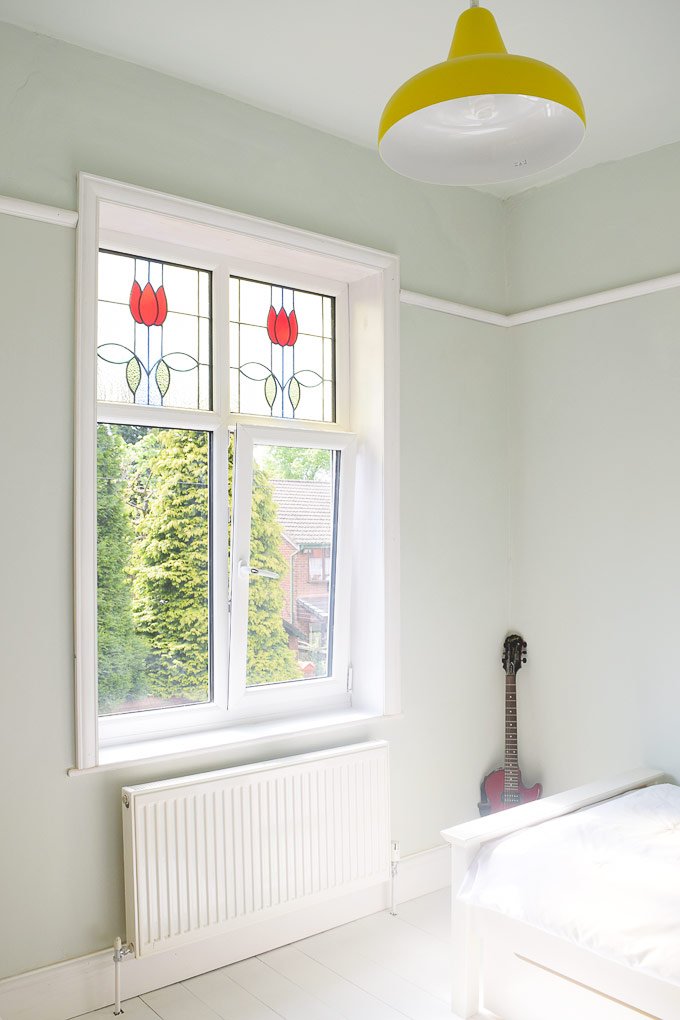 Although boxing in the steel is one of the projects we never seemed to get round to doing it actually turned out to be really straight forward.

All we had to do was add some noggins to the steel (we just used off cuts of timber that we had lying around) and screw the plasterboard to it. 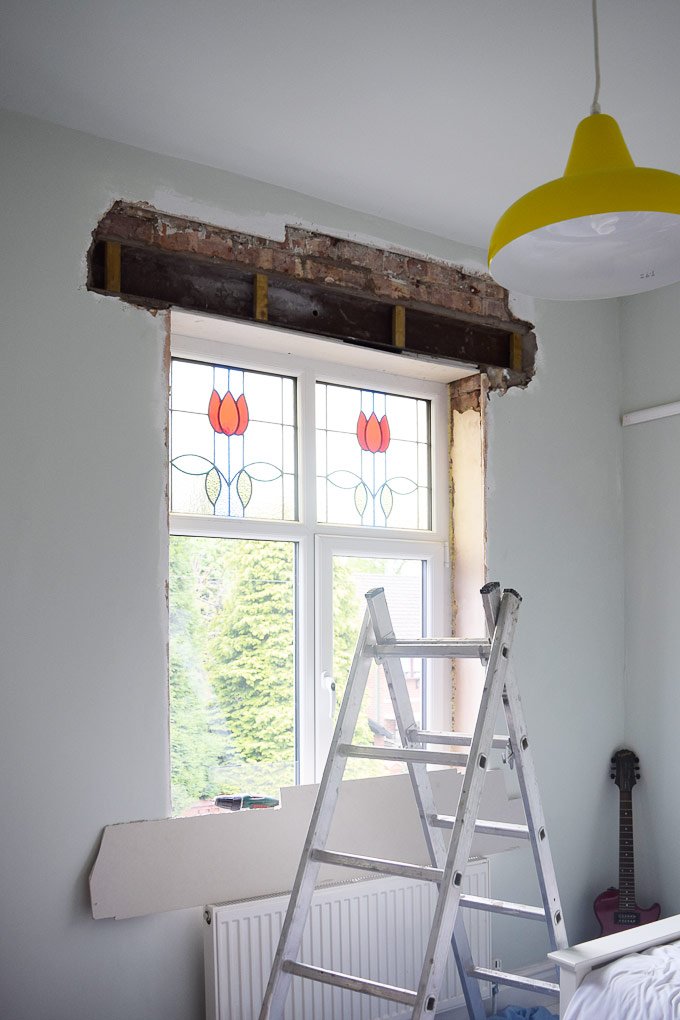 As usual getting everything straight and level was the most difficult part (yep, you can call us impatient) but if there’s one thing we’ve learned in the last few years of improving our home is that prep work is the most important part of any project. 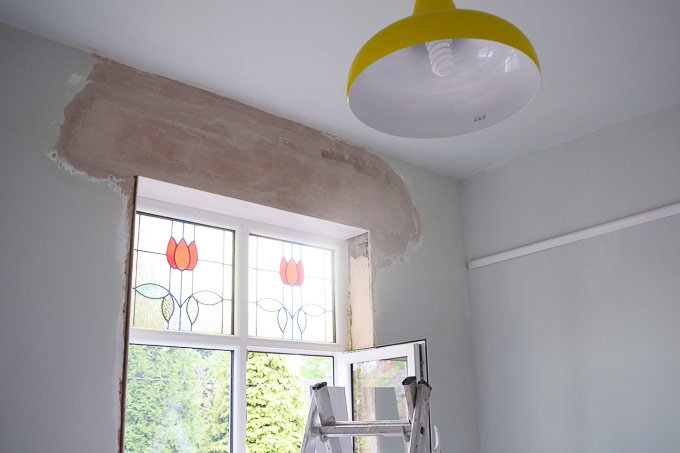 For fire safety reasons and to comply with building regulations it’s important to double board the steel with plasterboard (or you could use fireboard). Then there was just a plastering to get out of the way. It’s no secret that plastering isn’t my favourite of jobs, but it is totally doable and the more practice I can get the better. It was only a small area, so for once it turned out to be a straightforward job. 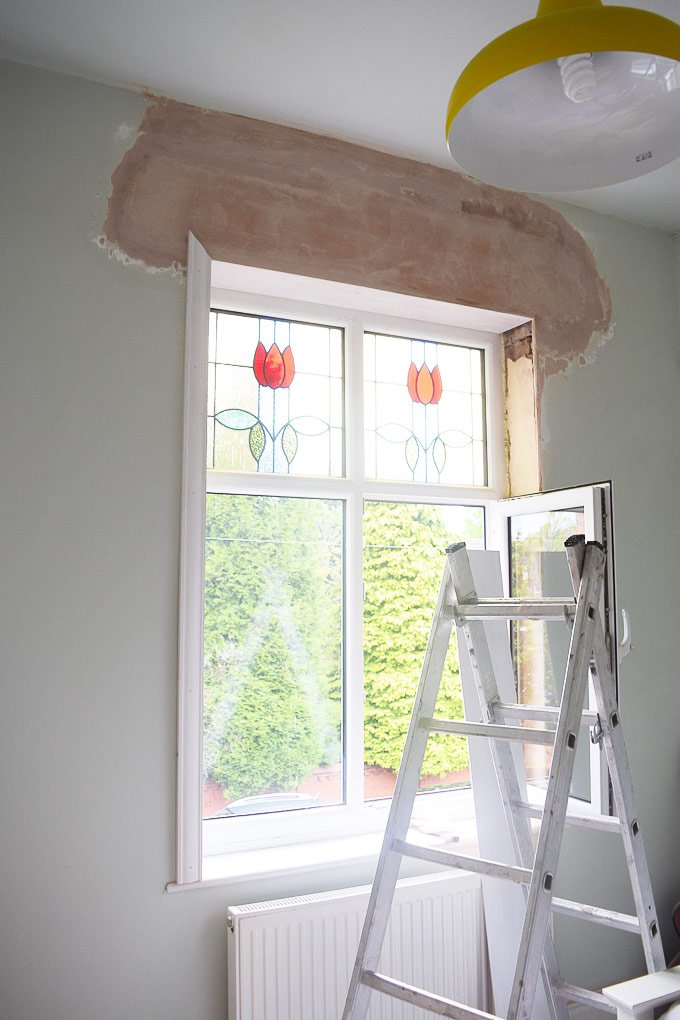 Then, after a bit of waiting for the plaster to dry, it was time to finally finish the painting. Honestly after sanding the plaster in our hallway and after what seemed like weeks of painting the hallway the last thing I wanted was to get out the paintbrush again so soon, but I guess that’s all part of the home improvement process. 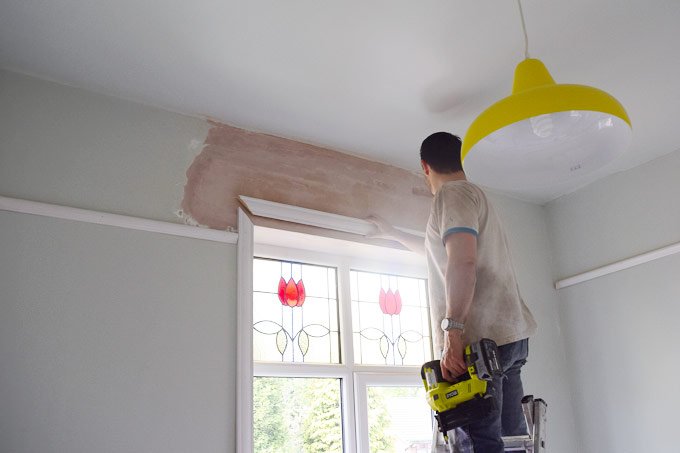 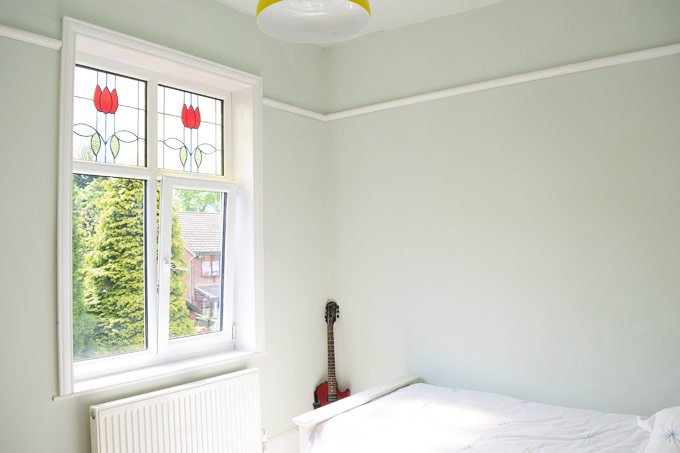 With all of the messy work out of the way, we can now finally move on to adding the finishing touches to the room. It’s all a bit, okay very bland at the moment and definitely needs a big dose of personality injecting into it.

Next on our to-do list (as well as finding some artwork) is adding some shelving which we’ve already started to make – buying stuff would just be too easy now wouldn’t it! Hopefully, we’ll be able to share our new shelving (we need to actually get it attached to the wall) at the beginning of next week! 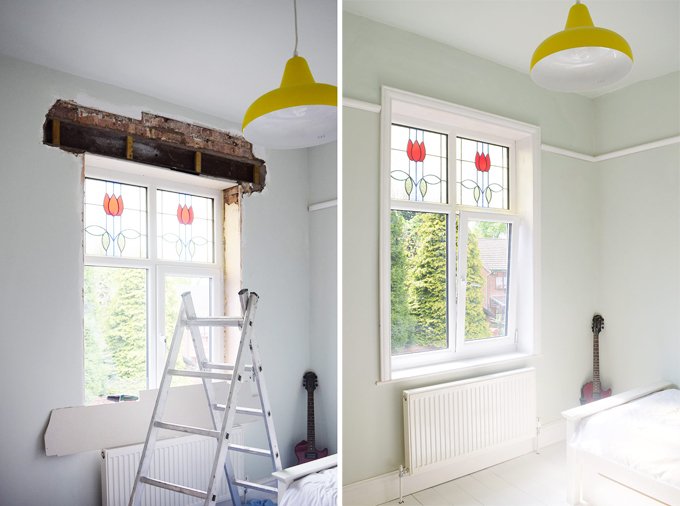 Do you have DIY jobs that you put off? Do you have rooms that you should use but tend to end up as a dumping ground? Do your home improvements also tend to take much longer than anticipated?