If there was one thing that’s been on our very long to-do list since the day we moved in (over 4 years ago now!), it’s been – Remove the boiler out of the fourth bedroom! 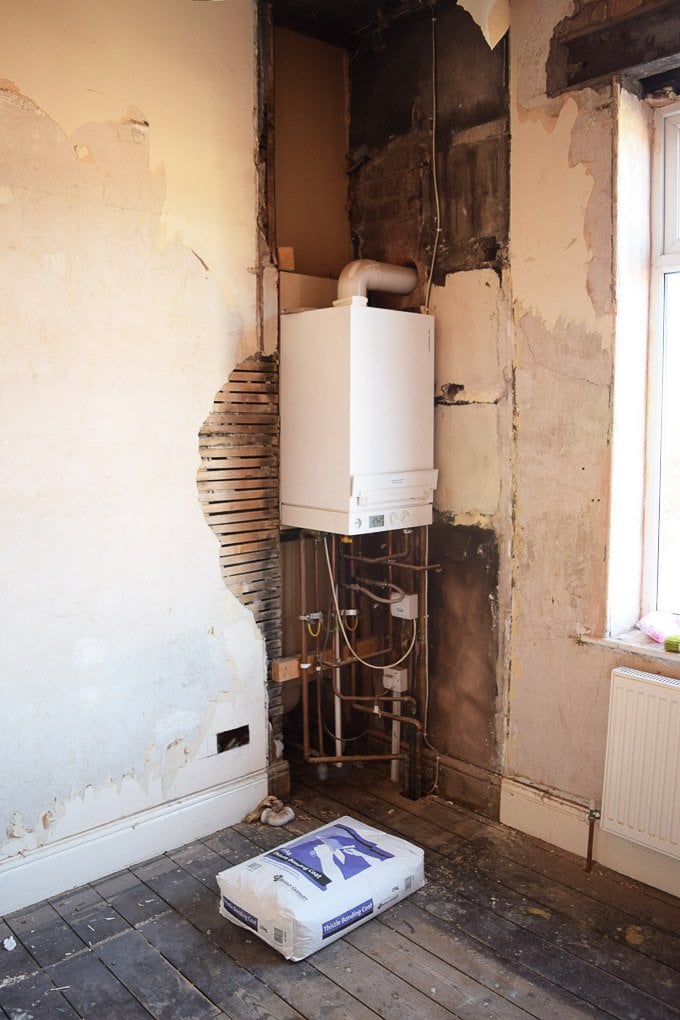 I mean, seriously, why would anyone fit a boiler in a bedroom when you have a perfectly good cellar?

The initial motivation to get it moved soon wore, especially when the first quotes came in to get it done. It turns out that getting a boiler moved is a really expensive thing to have done. In the end, we just filled the room with a load of junk (where does all the stuff keep coming from) and ignored it – until now! 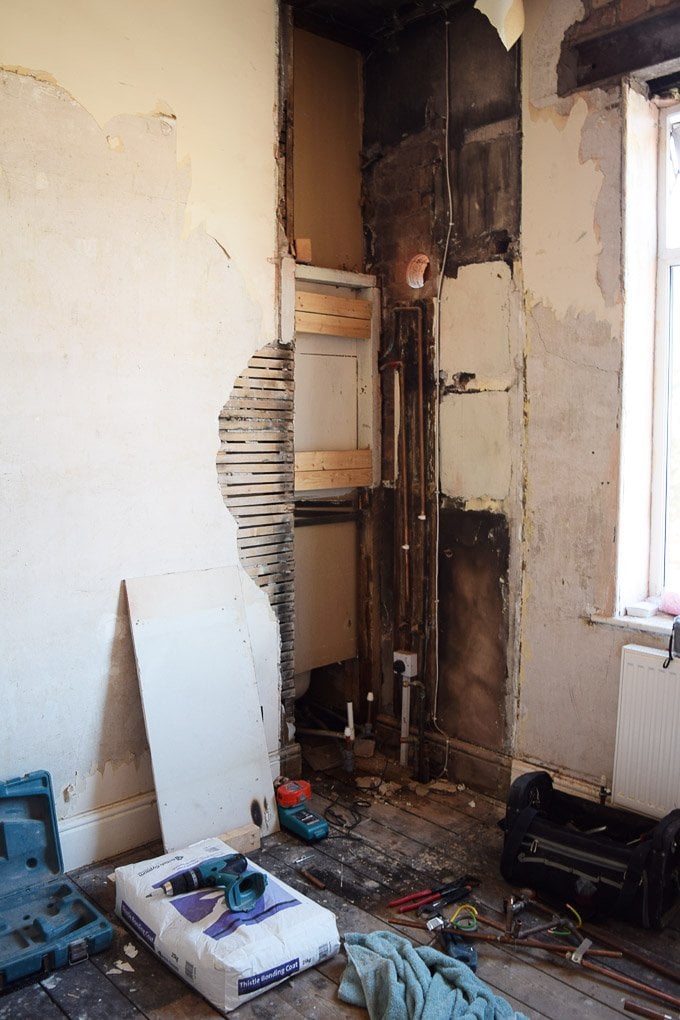 It’s gone and as if nothing ever happened. Yes, that might be a slight exaggeration, but it’s definitely looking much better and once we’ve plastered the room you’ll never even know it was there.

This is an enormous tick off our list of projects for this room. Yes, it’s a pain to spend a lot of money on something that isn’t you’re essentially hiding and that isn’t going to make much difference to the way you live, but we really couldn’t leave it in the bedroom, could we? 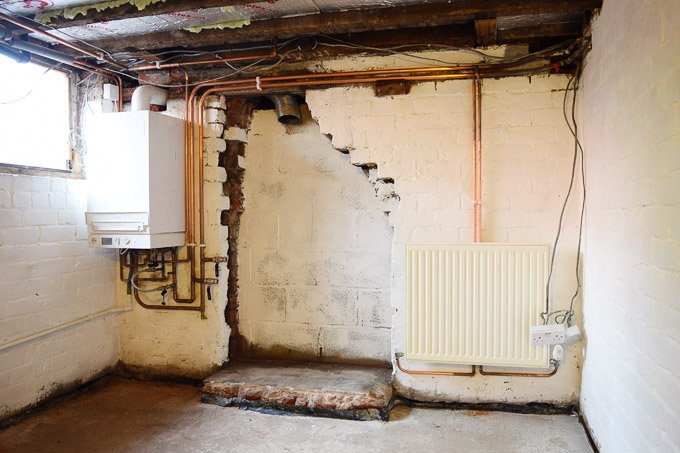 Isn’t it pretty? Okay, so pretty may be stretching it a bit, but overall it’s so much tidier and better fitted than it was before. We’ve also already had a few extra connections fitted so that we have the option of attaching a water cylinder when we convert the loft and we’ve had a new radiator fitted, too.

But the best is yet to come, we have a super fancy new thermostat, too! 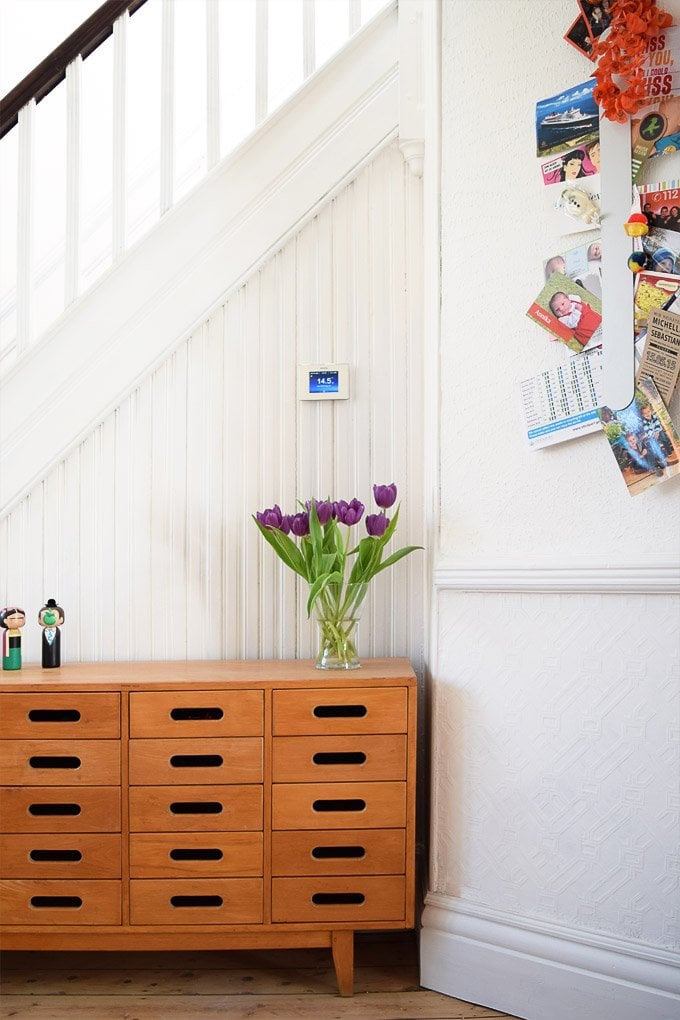 The thermostat (it’s the WarmUp 4iE smart thermostat in case you’re wondering) is wired to the boiler and should not only help us stay nice and warm, but also help us to save some money, too. It learns your heating habits and automatically suggests ways for you to save energy. We love that you can control it through your smartphone, tablet or computer, which is great for people like us who tend to forget to switch off the heating when we’re away for a few days. 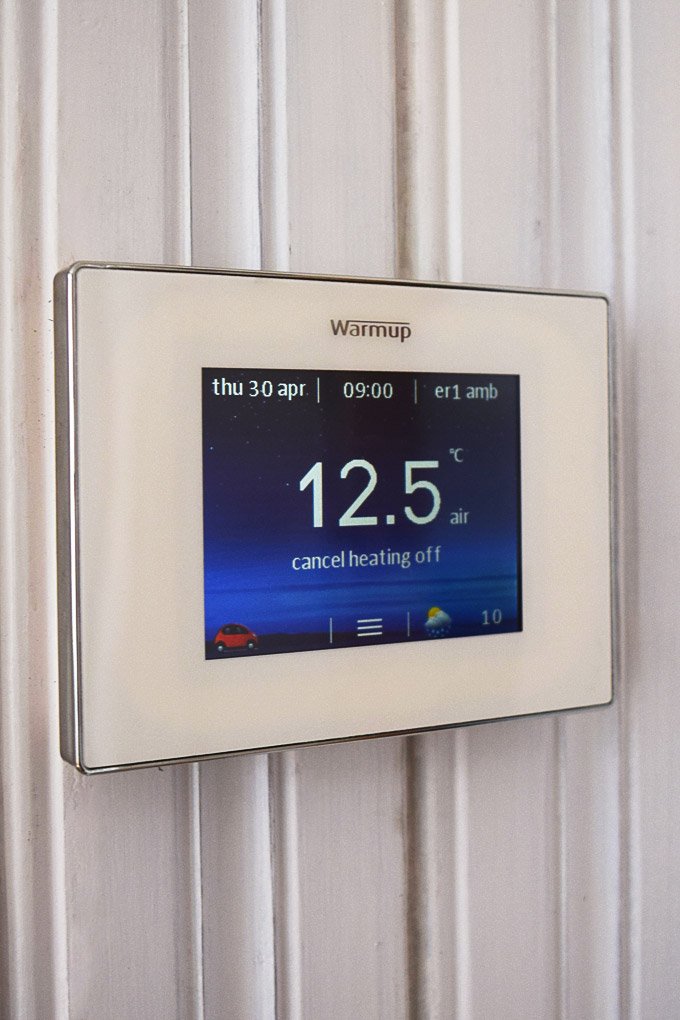 It’s easy to use and fun to play around with. As expected, it gives you a load of information on how warm your house is and how much energy you’re using, but it also gives you weather and traffic infos. Best of all, it looks good, too!

Up till now everything is working really well, but if there is one thing that could be improved upon, it’s that there currently isn’t a dedicated app for the thermostat. You have to log into your account and control it from there – or of course on the thermostat directly. It’s not really a big deal and I had a chat with the super helpful customer service who said that they were currently working on one and expect it to be released in the coming months. 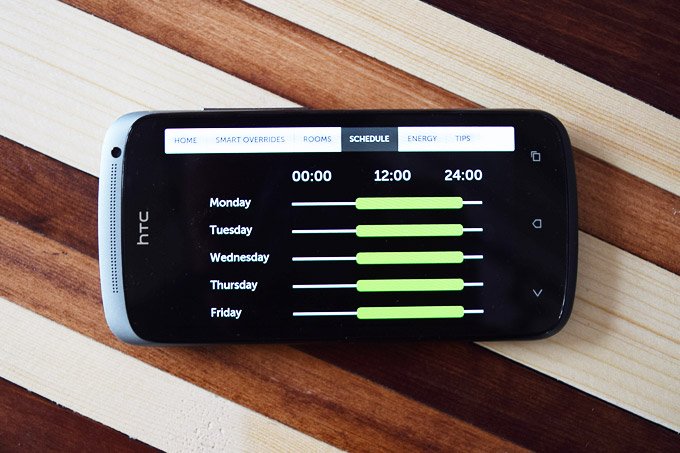 We’re so happy that the boiler has finally been moved and we can’t wait to see how well our new thermostat works. We will of course give you an update later in the year to see if it really is helping us to save energy. Let’s just say that we have high expectations!

Where do you have your boiler? Are we the only people that used to have it in a bedroom? Do you have a thermostat that helps you save money?