It’s always exciting to see progress and having plastered and painted our fourth bedroom a few weeks ago, we’re super excited to be seeing some more leaps forward. 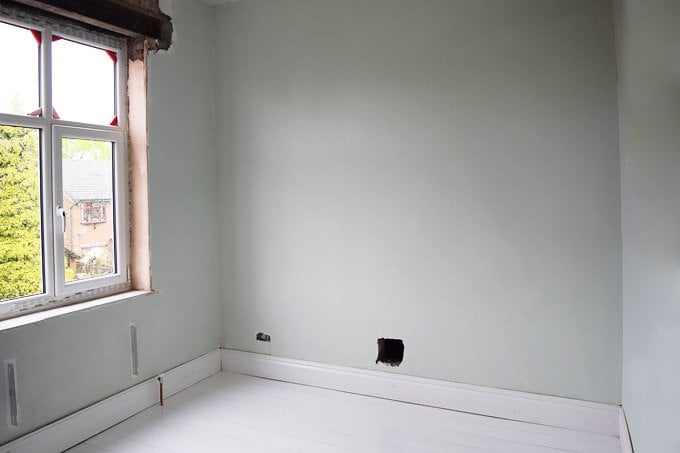 Whilst the small bedroom still needs to be finished off, we managed to make a bit of progress in the guest bedroom and finally got round to plastering, painting and finishing off the area around the new window. 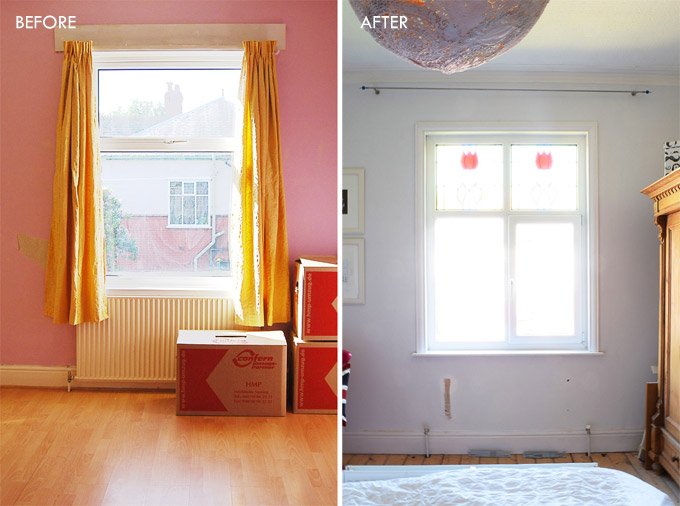 We already tackled most of the room a while ago, but we couldn’t call it finished until we completed the back wall which included having the window replaced, finishing the plastering and painting and then adding the final bits of trim and picture rail. 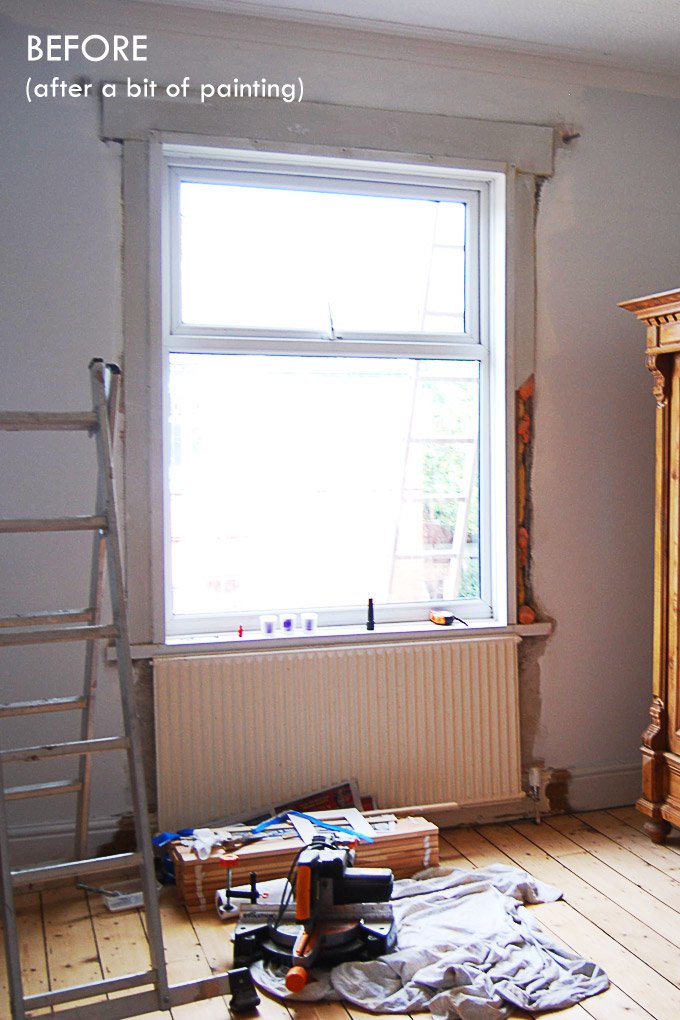 Our previous windows had been badly fitted which meant that not only were there draughty gaps around them but also that all of the area around the window where there would have originally been wooden trim had been covered in cheap, ugly and badly fitted bits of plastic – and a wobbly plastic window sill! 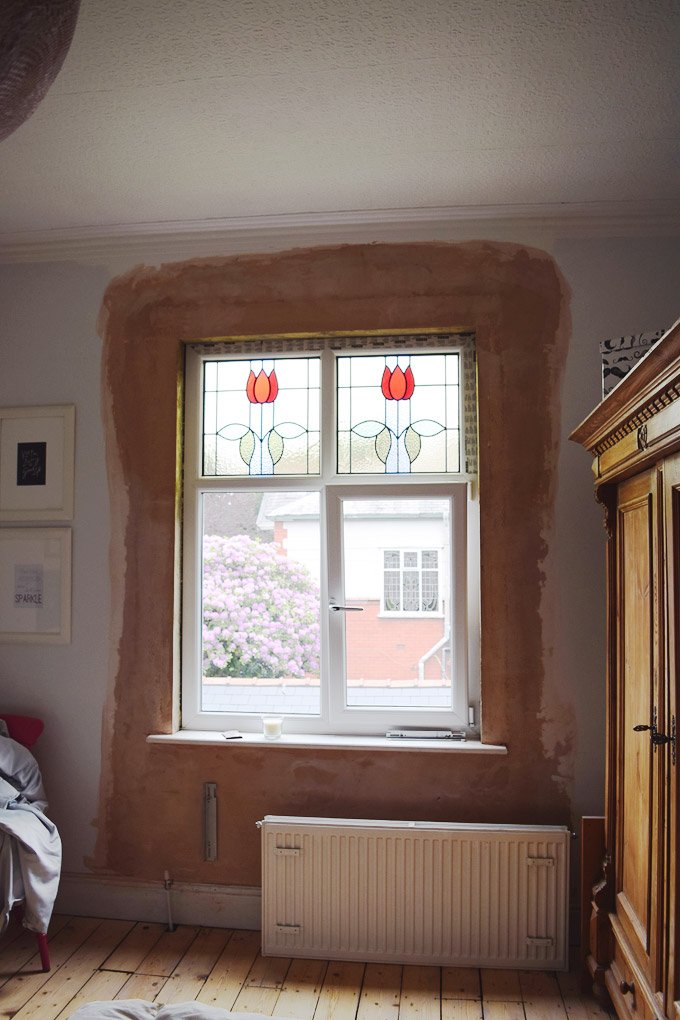 Now, we not only have a new window with some beautiful stained glass, new plaster and a painted wall, we’ve also reinstated the original wooden architrave. 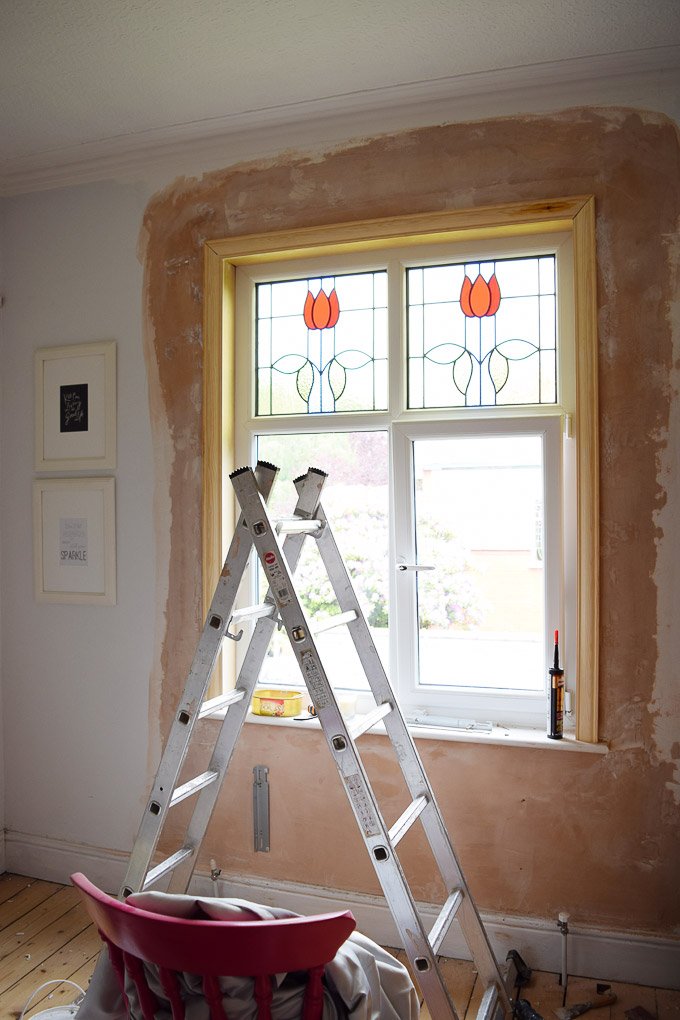 Plastering, painting and fitting a new windowsill was easy, reinstating the architrave was another matter. Yes, actually fitting one was easy (it was just a matter of nailing it into place with our nail gun), but finding one to match the original that would have been there was another matter.

We could find loads of different mouldings, but none of them were even similar to the original architrave that would have been there. 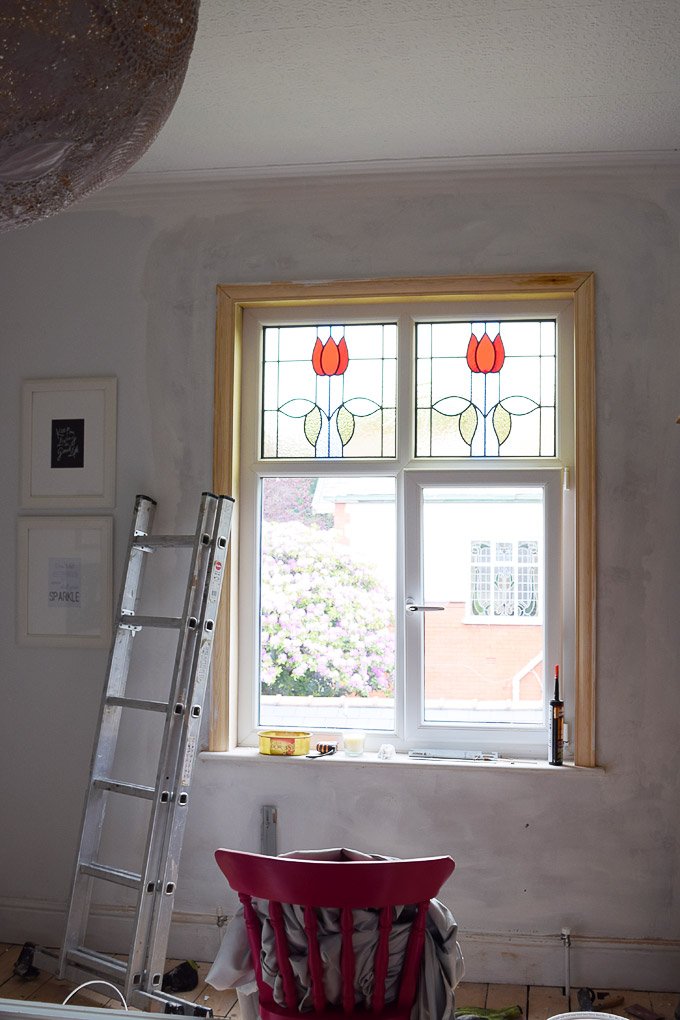 I know that we were being totally picky, but none of the ready-made mouldings would have matched the doorframes (which are a slightly larger version of the architrave around the window) and none of the moulding would have really done the new window justice. 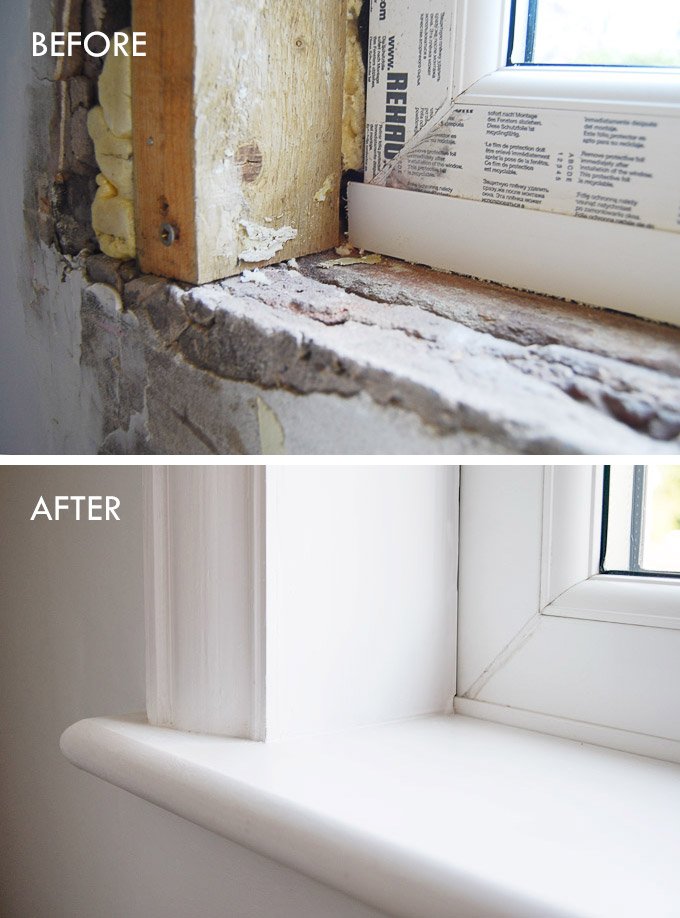 Luckily we found out, that it wasn’t difficult at all to match existing moulding as you can just have it made – so that’s what we did! We took a small sample of the existing architrave that we had to a local joinery, from which they were able to make a template to cut the new architrave. It really couldn’t have been easier. 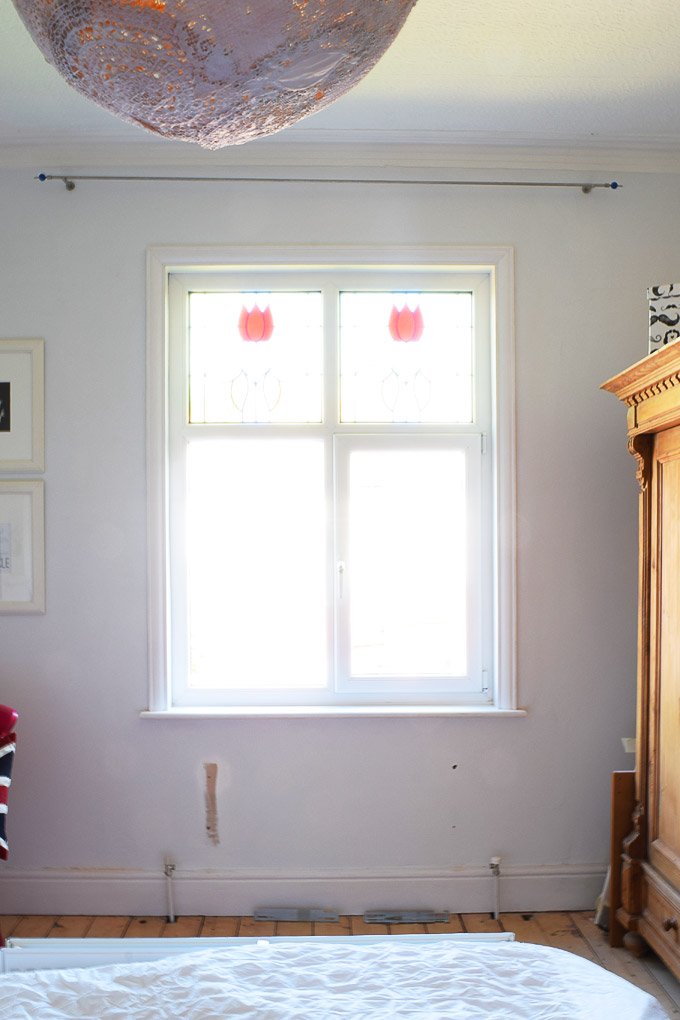 It’s obviously a more expensive solution than buying standard moulding, but once you’ve had the cutter made (which is a one off charge), the cost of the wood is only similar to what you’d buy in a DIY store. All in all, we think the architrave really finishes the window off and are happy that we went to the effort of having it made.

Do you sometimes go the extra mile to get things “just right”? Are you lucky and still have original period moulding in your home? Do you love period features as much as we do?