It was Jan’s birthday yesterday, so of course we spent the day parting ripping down the cellar ceiling! 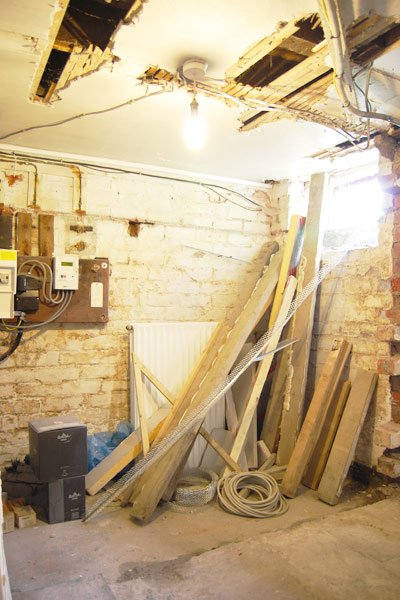 Yep, we really know how to party around here!

It’s something that we’d been putting off since moving in over 3 years ago, but it’s just one of those jobs that we never seemed to get round to. 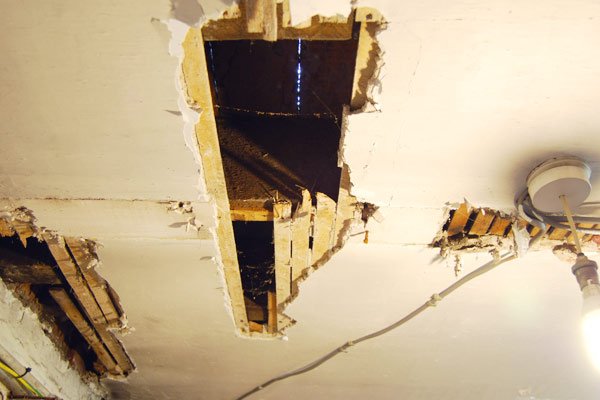 In general we’ve kind of tried to ignore the cellar as much as possible. It’s damp; very, very dirty; smelly; messy and had I mentioned very dirty? 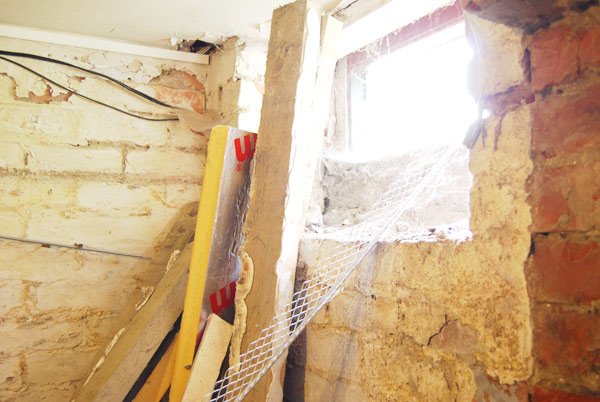 Really it’s something we’d be happy to ignore even longer, but now that we’ve taken up the laminate flooring in the hallway and kitchen, it’s even draughtier and colder than before. In the hallway, you can actually look through the gaps and see into the cellar!

Having already insulated under our living room and dining room floors, we know that it makes a huge difference to the temperature of the room and also eliminates most draughts. According to the Energy Saving Trust, insulating under suspended timber floors will even save you money on your heating bills (around £60 a year), so we didn’t really have to think twice about doing this little update. 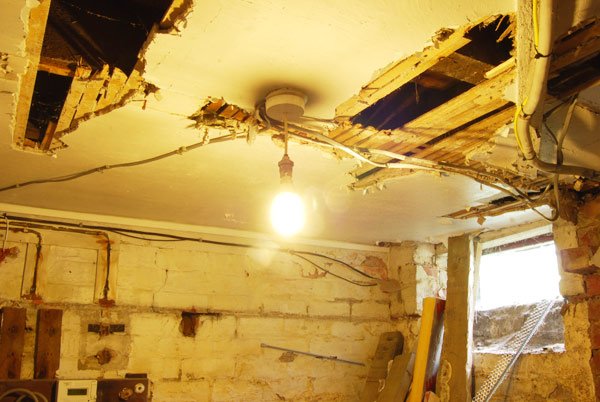 Luckily the old lath and plaster ceiling isn’t too difficult to remove, the main problem is having to watch out for all of the cables and pipes that cross the ceiling so many times that it looks more like a road map than a cellar ceiling.

Now, having knocked down a load bearing wall and having sanded our floorboards, we’re certainly no strangers to dust and dirt, but I’m not sure anything could have quite prepared us for the muck, rubble, hair and gunk that came down with the lath and plaster.

We still have a way to go until the whole ceiling is down and then of course we will need to insulate everything. 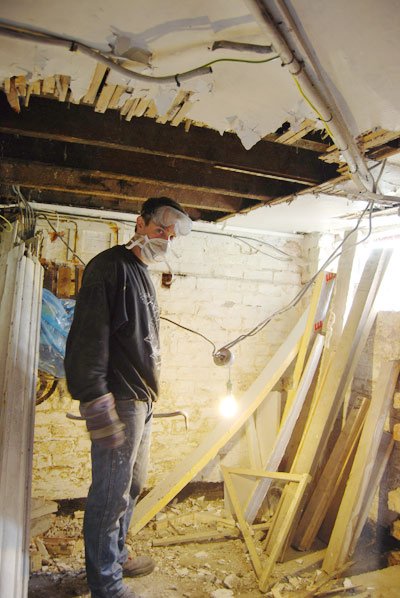 With autumn already well on it’s way, we’re trying hard to get this project finished as soon as possible. Three cold winters in our house have been more than enough!

Are you doing any home improvements to winter-proof your house?