Yay, we managed to install the fireplace in our guest bedroom! But, we broke our wall in the process, boo! But let’s go back a few steps… This is what the room looked like before we reinstated the fireplace. 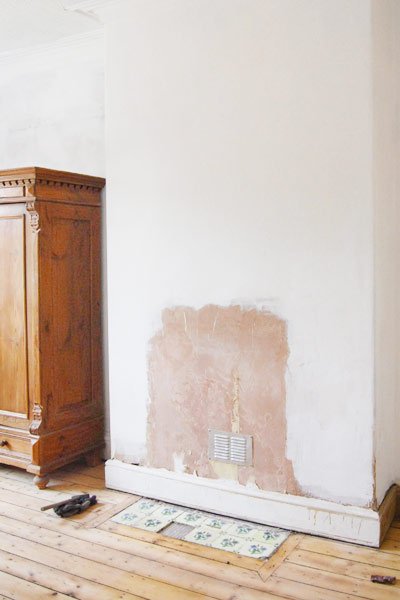 When we removed the horrible laminate floor, we were excited to find that the original (but really damaged) hearth tiles were still in place. Not only are they really pretty, they also helped us work out the exact position and size that the fireplace would have originally been.

Now if you’ve been following us for a while, you will probably already know, that we actually already have a fireplace that we want to install here. It’s the one that we temporarily installed in the dining room (basically to cover the huge hole in the wall). 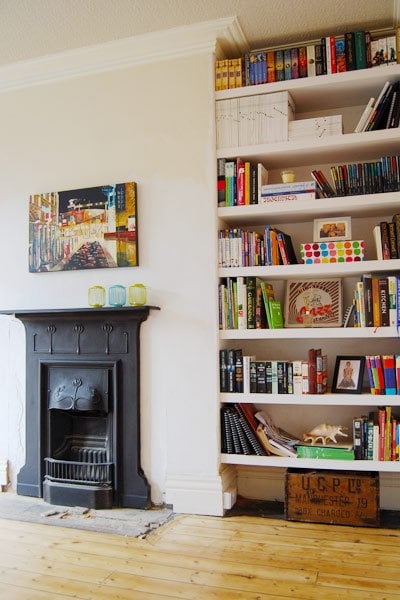 We bought it off one of our neighbours who had it lying around in his cellar for an absolute bargain price of £100! We had a quick measure before we bought it and though the size would look right in our guest bedroom. Now, after buying it, restoring it and then doing a bit of research – we found out, that it’s the exact same fireplace that would have been in that room originally! Unbelievable!

Okay, so back to the guest bedroom. 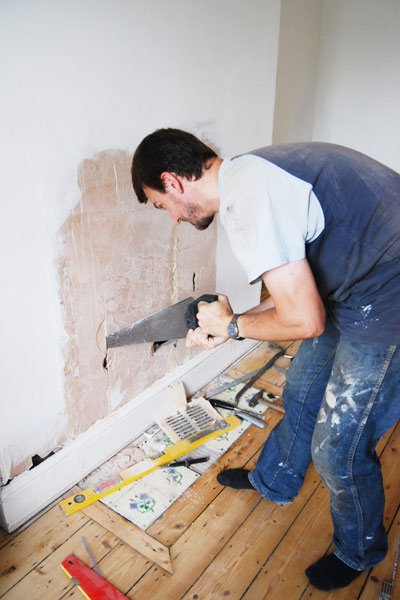 We started by working out the size of the opening we had to prepare. Luckily the original opening had just been boarded up, so we could just saw through the plaster.

Cutting the plasterboard was easy, cutting the skirting was a slightly more difficult process. Basically we used a Dremel (thanks to our lovely friends Claire and Terry) to cut away the skirting in the shape of the base of the fireplace.

You’ll have to excuse the lack of photos of this step – we were much too busy swearing, cursing and shouting at each other because it was a real pain to do.

After a load of chopping and a lot more swearing, we finally got the fireplace to slot into the space. The only problem, was that because of chopping away at the skirting, we ended up damaging the plaster – quite a lot. 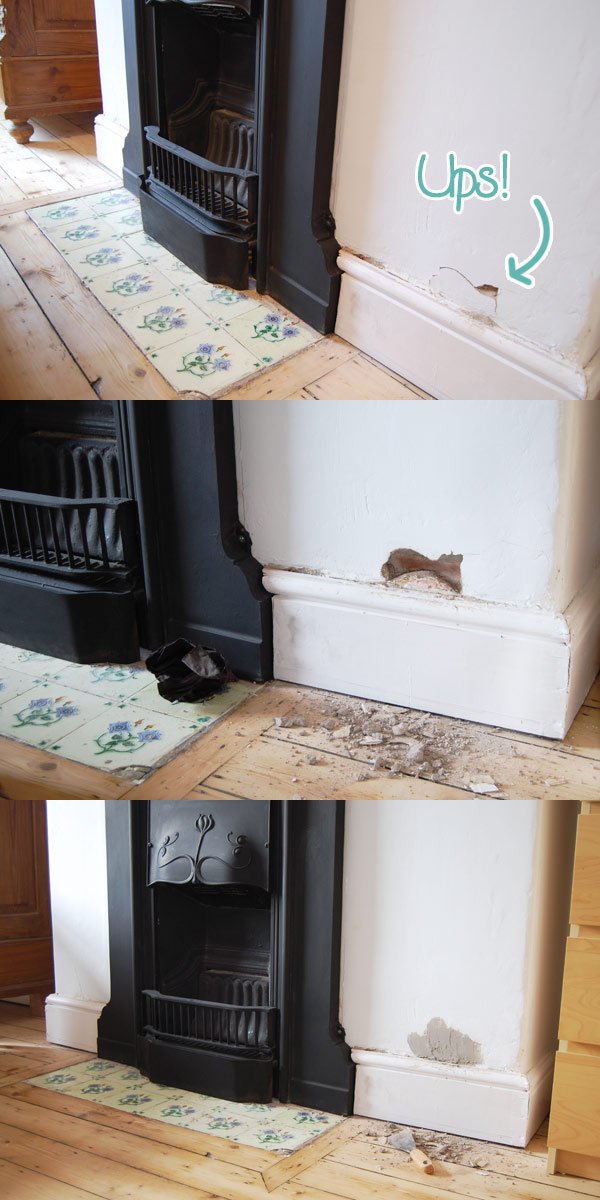 So, after a bit of remedial work (it still needs sanding and painting) this is our newly installed fireplace – that would have been there originally. 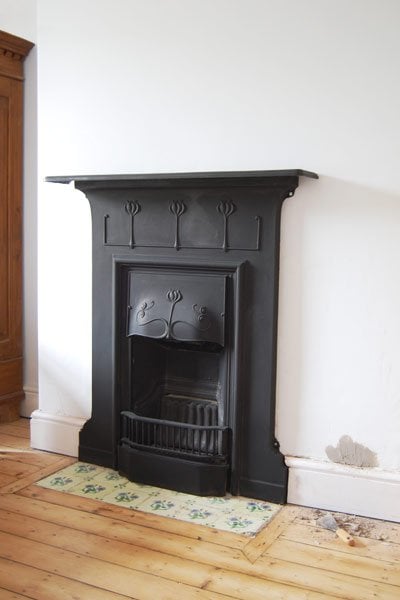 We should probably point out, that we aren’t ever planning on using this fireplace and that it isn’t installed to meet any necessary regulations. It’s purely decorative.

Out bedroom To-Do list is finally starting to get a bit shorter. In addition to a load of little jobs like finishing repairing the plaster, caulking and painting the picture rail, and replacing the broken hearth tiles, we still have a few more major upgrades to complete, like replacing the window and radiator.

All in all the room is finally starting to take shape! We better get a move on, as my sister arrives on Friday!