Our garden is a mess. A huge, dirty mess. It was never great, but now it’s just awful.

Because we’ve almost finished taking down our garden wall there are broken bricks and bits of mortar everywhere. Never ones for finishing a project before starting a new one, we could help ourselves and also took down the little raised bed that was in front of our newly painted garden fence.

If you think we’re exaggerating, take a look at this. 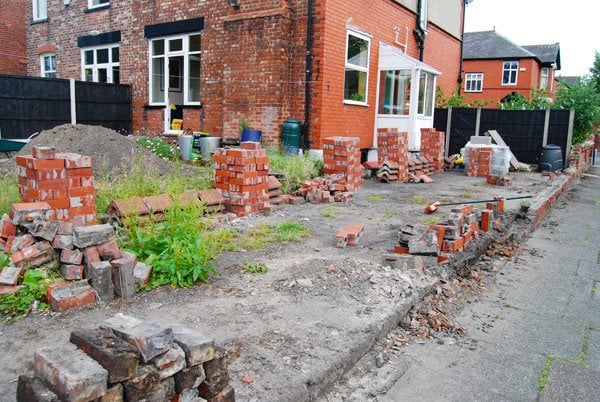 Not a pretty sight is it?!

As we finally managed to complete the prep work and foundations for our new raised bed last week, (You can read about it here) we were finally able to start building the wall this weekend. 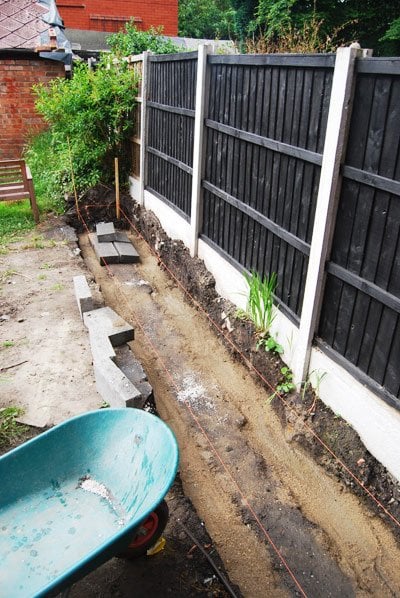 We mixed the mortar in a wheelbarrow, as we figured it wouldn’t be worth hiring a concrete mixer for building the small wall. 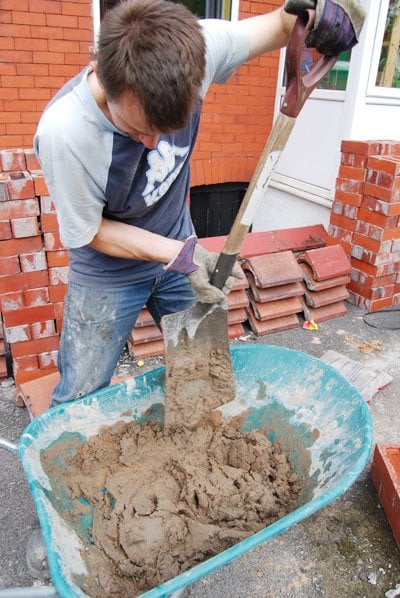 Mixing the mortar by hand worked well, but was quite hard work and very tiring.

Building the first row of brick was definitely the most difficult part. All though our foundation was fairly level, it wasn’t completely even, which made it difficult to get the bricks level. 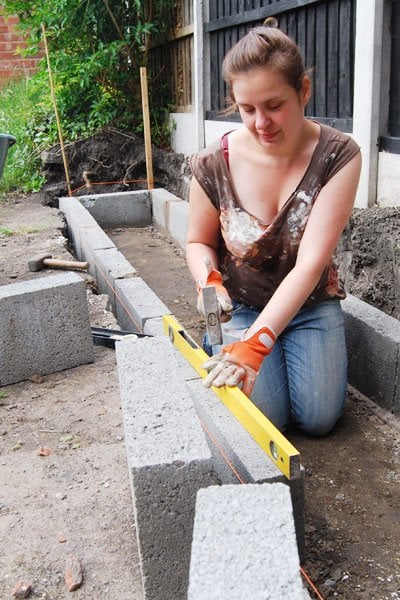 Even when we finally managed to level a brick, it often wasn’t at the same height as the others so we had to start over again. It all took much, much longer than expected. 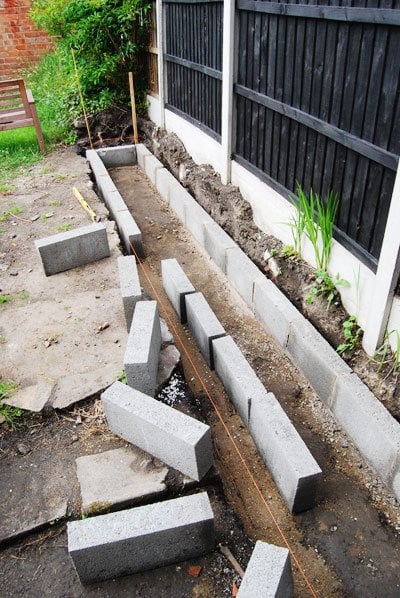 After completing the first row things luckily started to speed up and we could actually start to see some progress. 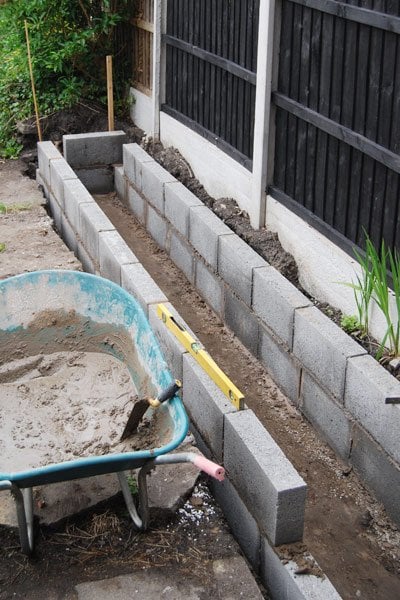 Bricklaying is definitely an underestimated skill! Even though we were constantly using our spirit level, we really struggled getting everything level and our patience was really tested. After attempting to lay the first three bricks, Jan got too annoyed that left me to finish the job! 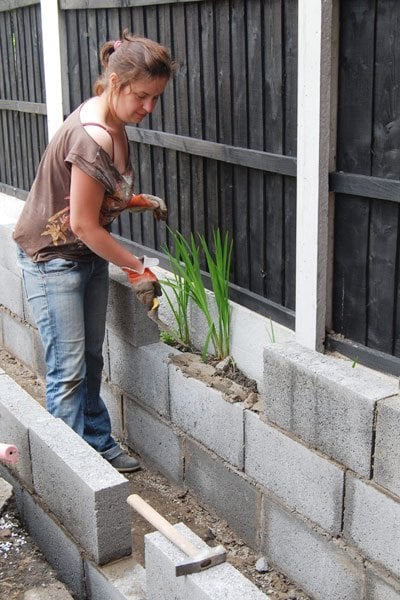 We got there in the end though and just two short days later (yep, it took us almost two full days to build a tiny wall) this is the result 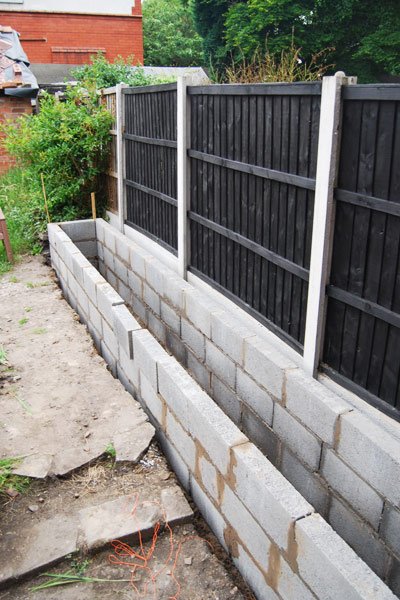 If you’re wondering why the middle of the wall is looking a bit wonky, it’s because I ran out of mortar for the last three bricks and, as it was already 18:30 on a Sunday evening, just really couldn’t face mixing another batch. It may not be visible from space, but I’m really proud of our little wall. When everything has dried, we’ll finish off the project by rendering and painting the wall.

I can’t wait for the project to finish, not least because the huge pile of earth in the garden will finally disappear again.

What were you up to this weekend? Has anyone else been building walls?