This weekend while I was busy outside building the walls of our new raised bed, Jan was busy indoors knocking down a wall.

Don’t get too excited though! The wall between the kitchen and dining room is still exactly where it has always been.

We’re taking about this wall in the cellar that you can see from standing at the stop of the stairs. 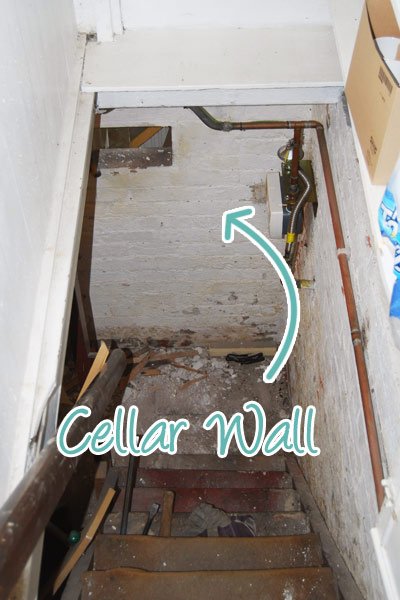 Admittedly, with the huge amount of projects going on around here, tackling our cellar isn’t really a priority, but we assumed it would be a quick and easy thing to do. 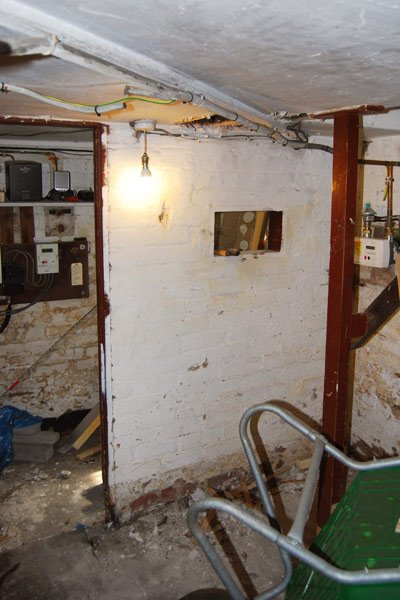 The little room behind the wall is so small that it’s pretty useless, so it’s the first step out of many in getting the damp and dingy cellar sorted. 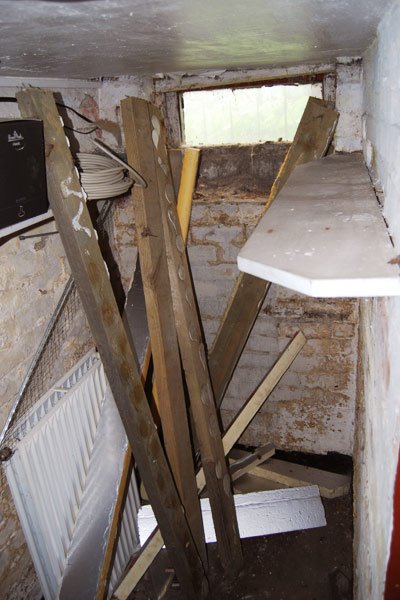 Jan was definitely a much better at knocking down the wall than building the one outside. The best part was obviously that he could get out one of his power tools. 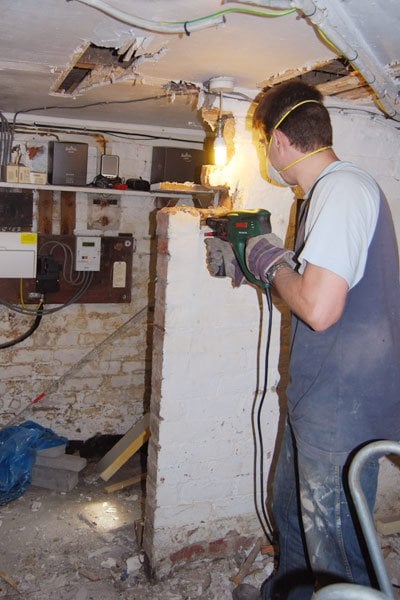 The space seems so much larger, even after only removing the door and half of the wall. 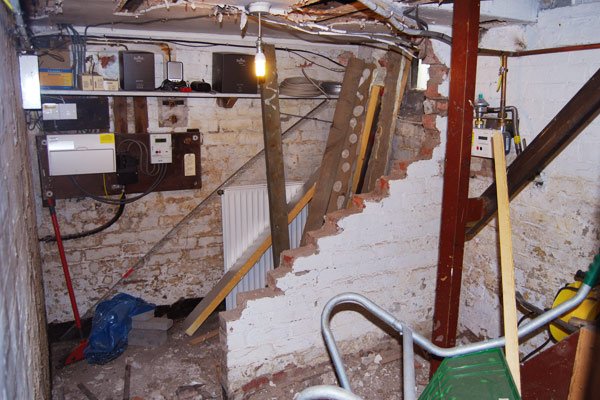 All in all taking down the wall and removing the rubble took about 3 hours. If poor Jan hadn’t had to put up with my constant interruptions (I needed a lot of moral support while building the walls for the raised bed) he might have been slightly quicker. 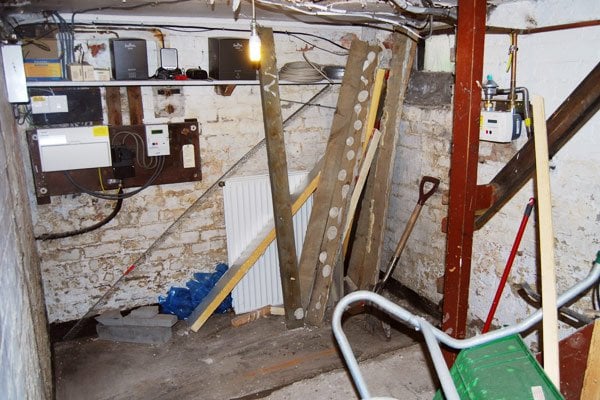 The next job on our long list is to remove the ceiling so that we can install insulation, now that we’ve sanded floorboards in our hallway above, it’s more important than ever! Don’t forget to check with a qualified structural engineer before knocking down any walls!

The difference that removing just one small wall has made to the feel of the cellar is pretty amazing. It feels so much larger now! It’s also a lot brighter, as the little window that was behind the wall now allows light into the whole area. 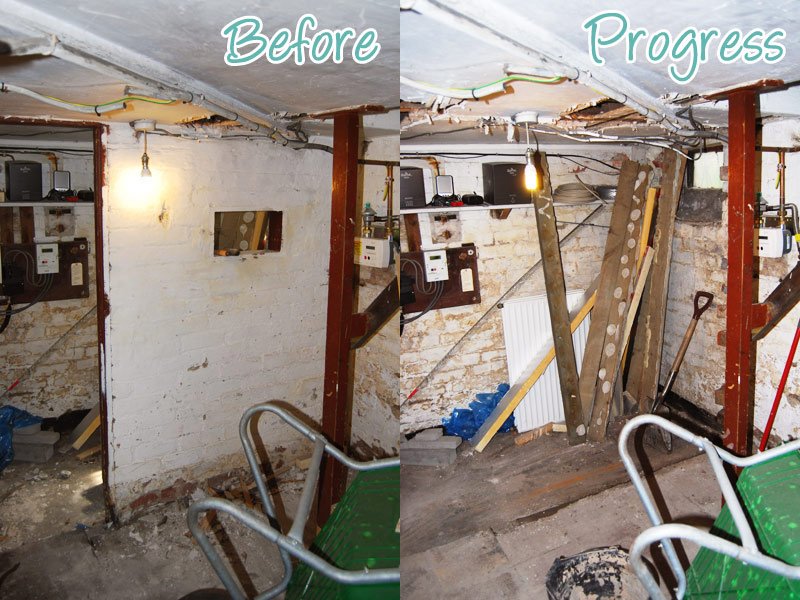 It was great to tackle a project with no hiccups along the way. Do your projects always go as planned? Have you ever attempted removing a wall?