We’ve not been lazy – promise! It’s actually quite the opposite, but it’s all just not very exciting or pretty. Our lack of progress will probably not convince you that we’re busy, but everything is just taking so much longer than we’d like or had anticipated.

In case you’ve not already guessed what project we’ve been working on, we’re referring to our garden wall. Our last progress update was weeks ago and although we’ve been continuously working on it, progress is really slow now. 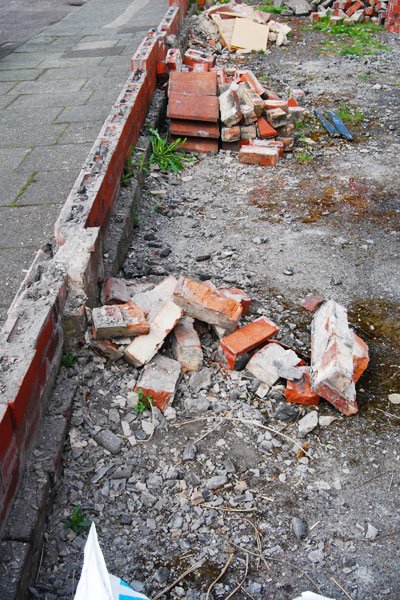 After hours and hours of taking down the wall brick by brick, and then cleaning each one by chipping away the mortar this is what the wall looks like now. 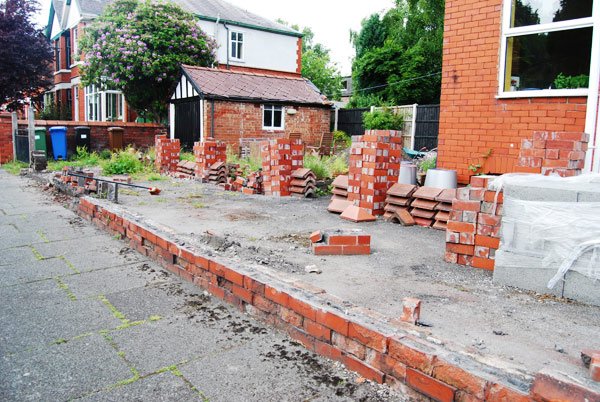 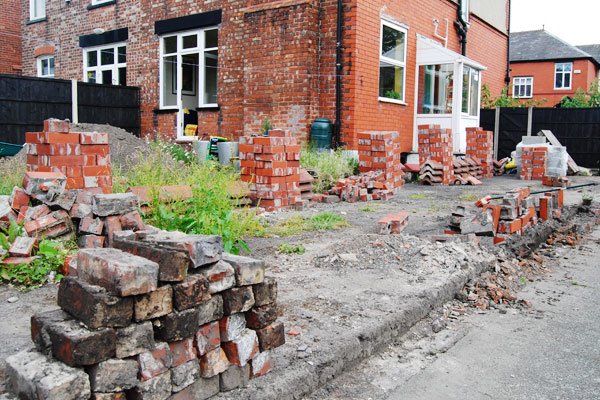 We’re so relieved that it’s almost over! We’ve worked out that to rebuild the wall we’ll need about 800 bricks. Up till now we’ve cleaned about 500. There are a few still lying around, but a lot of them are broken so we’re now worried, that we may end up not having enough bricks to complete the project.

Somehow this all seemed much easier in theory than in practice. We’re still not 100% convinced that we should rebuild the wall ourselves, but after some encouragement by you guys, it’s looking quite likely that we’ll be attempting it!

Have you ever built a wall? Do you have any tips for us? Do you think it’s something that we can do ourselves? Or is it something that should be left to the professionals?

P.S. Please Remember: If you follow us via Google Reader – which will cease to exist as of the 1st July – don’t forget to switch you feeds to a new reader! We personally love Feedly, but you could try Bloglovin’, too!