It’s a job we’ve been putting off for far too long, but with the roof looking worse after each winter, we figured that we’d better get it replaced before the cold and wet weather kicks in again. After all, a collapsed roof would probably be harder to repair! 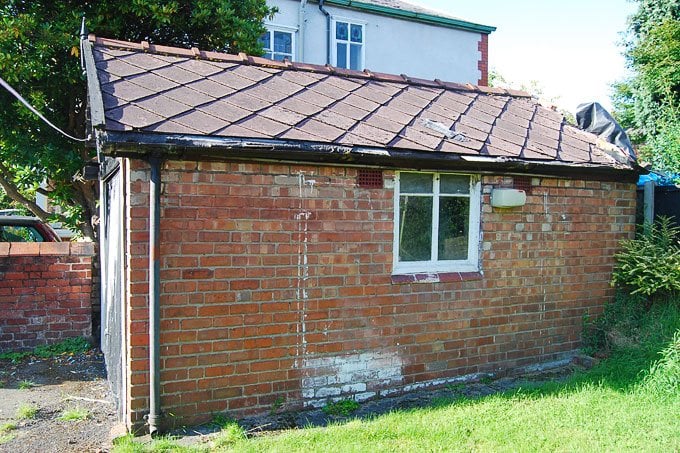 The first step in the long list of jobs is to remove the old down pipes, gutters and roof covering.

Having had a survey carried out when we bought our house, we already knew that the existing tiles contain asbestos. You obviously have to be really careful when removing asbestos and there are only certain types that you are allowed to remove without needing a licence. Luckily our roofing fell into the category of being safe enough for us to remove ourselves, but of course we still needed to take some security precautions – and we opted for the complete kit! 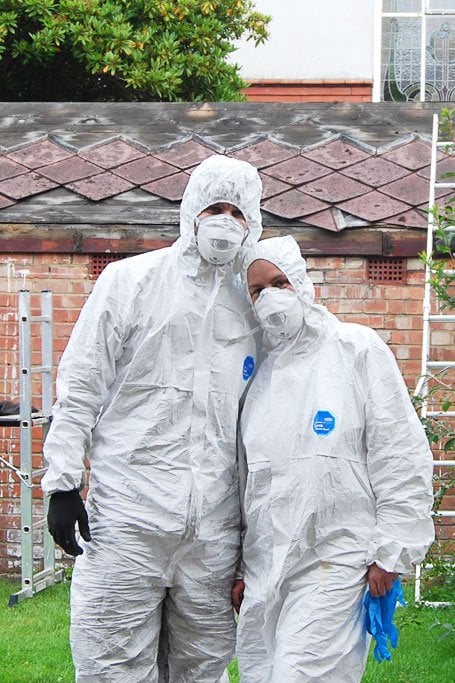 In addition to our personal safety suits and equipment, we were really careful when handling the tiles, too. You should dampen the surface to avoid dust, you should avoid breaking the tiles, you shouldn’t slide dry sheets over one another and you shouldn’t use power tools. The list just goes on and on, but this is definitely a case of safety first! You can find loads of information on safely removing asbestos here.

Because of all the safety precautions and being so careful with the tiles, removing the existing covering probably took a bit longer than we would have liked, but we got there in the end.

After stripping the roof, the next step was to replace the rotten timber. As bad as the roof was, we were kind of lucky, too, as only the ends of the sarking (the boards that cover the whole roof) had rotted away and (almost) all the structure was still in a decent condition. 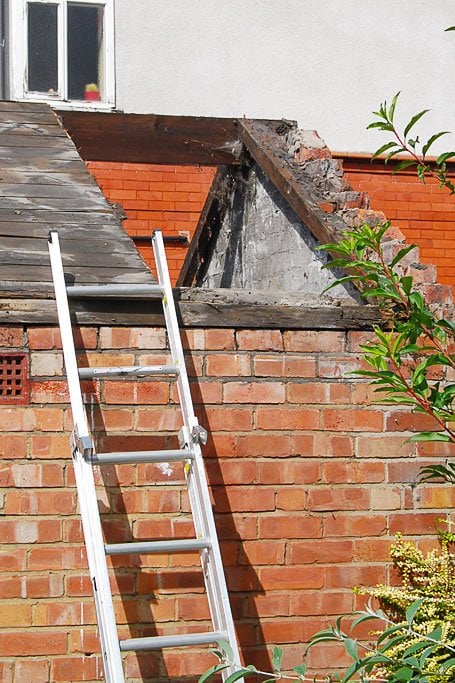 At the front of the garage there were only a few boards that needed to be replaced, but at the other end we had to remove all of them back to the first rafter as so much of them had rotted. 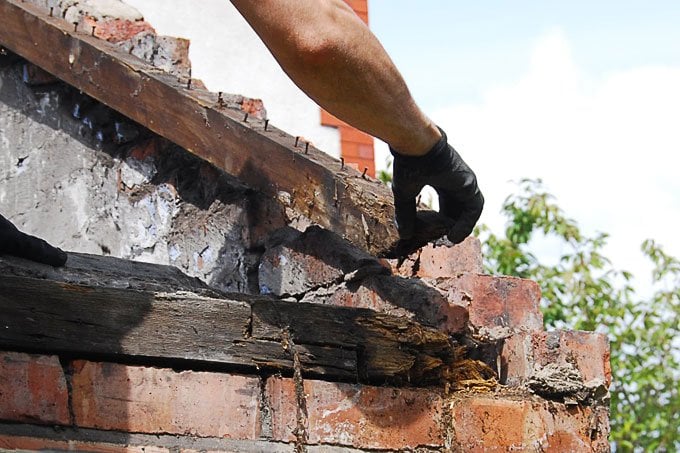 At the same time we also ended up having to replace part of the purlin which had rotted, too. Considering that the roof is over 100 years old, I think we could count ourselves lucky that the timber wasn’t in a worse condition.

After spending so much time taking everything to pieces, it was of course inevitable that we had to put things back together again. 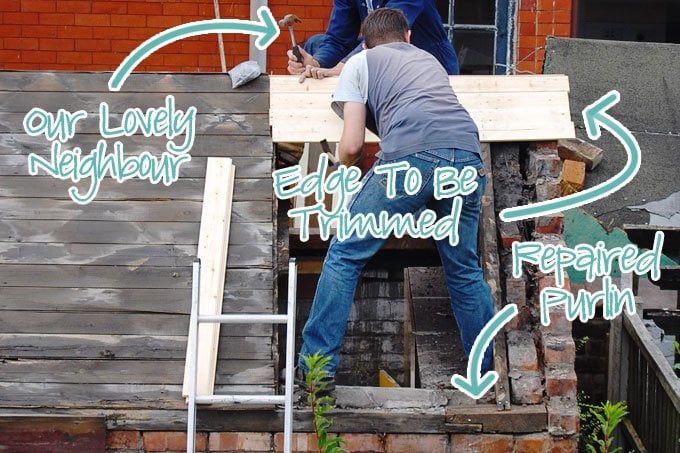 We had the replacement timber cut at our local timber merchants, so it was just a matter of nailing it into place. Thanks to our amazing neighbour who helped on and off during the day, things started to speed up. 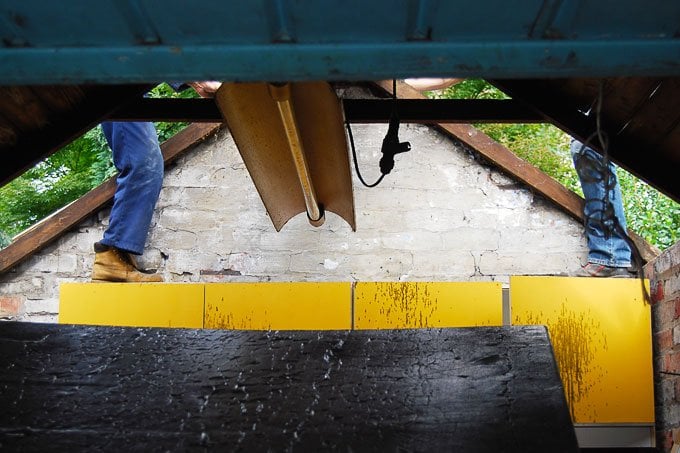 The last step, which we had to complete before being able to call this first phase finished, is to cover the roof with a breathable membrane which will later be hidden under the roof covering. Most importantly though it’ll make the garage water tight until we can get round to installing the new slates. 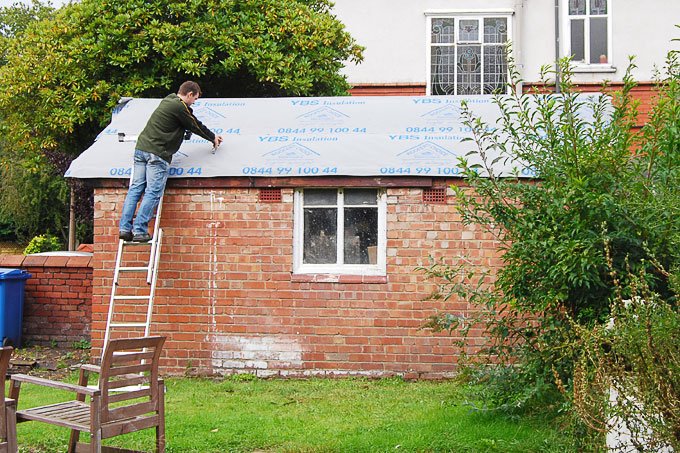 Installing the membrane was really quick and easy, as it’s just a matter of rolling it out and stapling it into place. We still have a bit more to do, but at least it’s a start and we’ve managed to tick the first few boxes on our list. 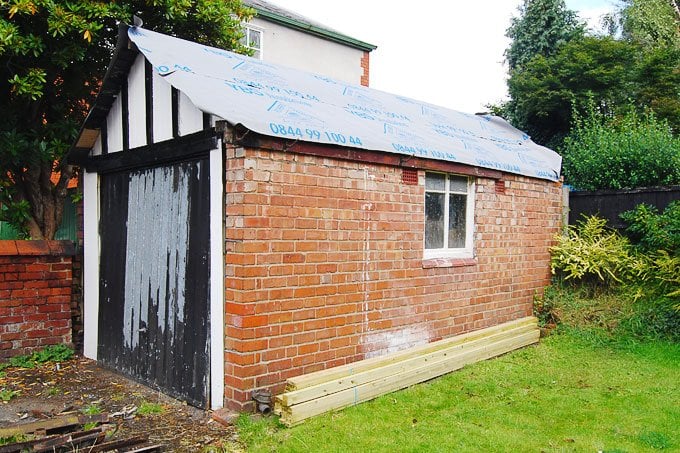 Now all we have to do is decide on which colour slate to choose – oh, and install it!

Have you ever replaced a roof? Do you have any tips for us?