Yep, we’re still working on the garage and no, there’s still not a slate in sight…

Needless to say, we had hoped to be much further along in our roof replacement efforts, but everything is taking so much longer than expected. We had hoped to already have the roof covered by now and it’s certainly not for a lack of trying, but we have at least managed to complete part of the woodwork and even managed to get a bit of painting done, too!

This is what the garage looked like last weekend. 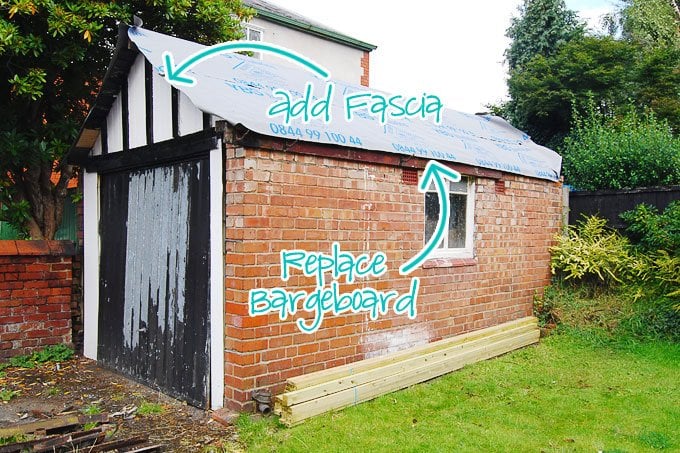 It was watertight (well, more or less), but that was about it. After a few more hours of work it looked like this. 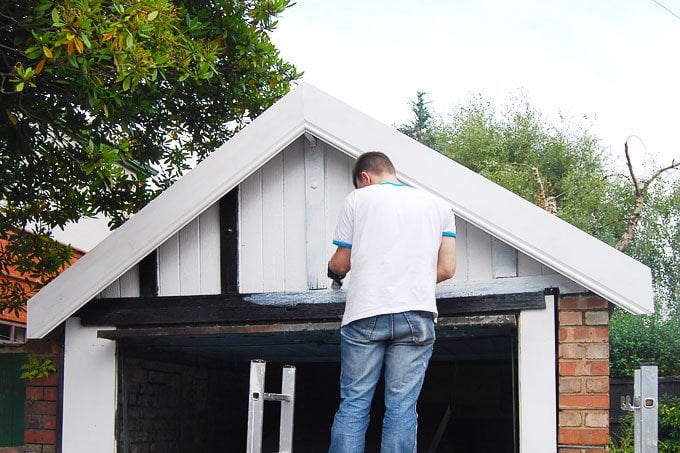 And after a bit more work, it now looks like this. 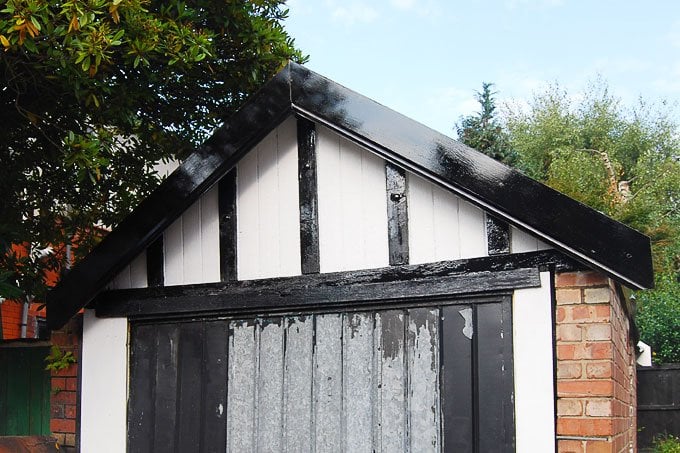 Okay, so it’s still nowhere near complete, but having a shiny new fascia already makes such a huge difference.

Just to give you an idea of what we mean when we say everything is taking a long time… it took us a full day to attach the two fascia boards at the front of the garage and one at the back and do a bit of painting.

Although we measured everything exactly (and more than once) before cutting the boards, the angles we cut still didn’t line up so fitting them involved a lot of trimming and adjusting before we could attach them.

The next step on the list (which we had hoped to do at the same time as attaching the fascia) is to add the battens. 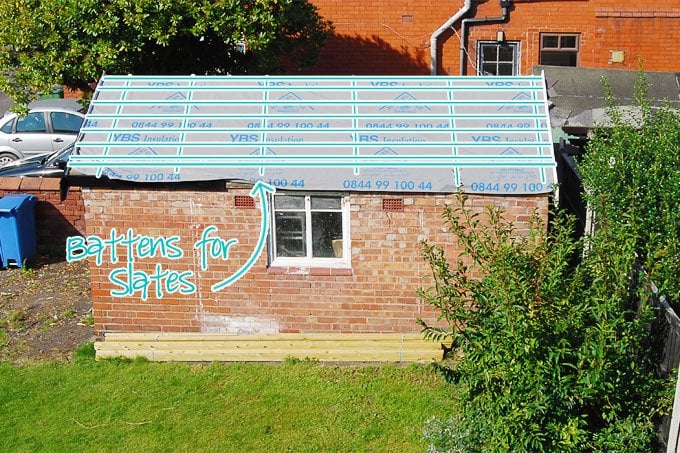 We have already done the calculations and had the battens delivered (you can see them lying against the side of the garage) so hopefully this will be one part of the roofing job that’s straight forward. Then it’s just a matter of attaching the slate…

All in all it is slowly starting to take shape and for the first time in since living here the front of the garage actually has a fascia on both sides! 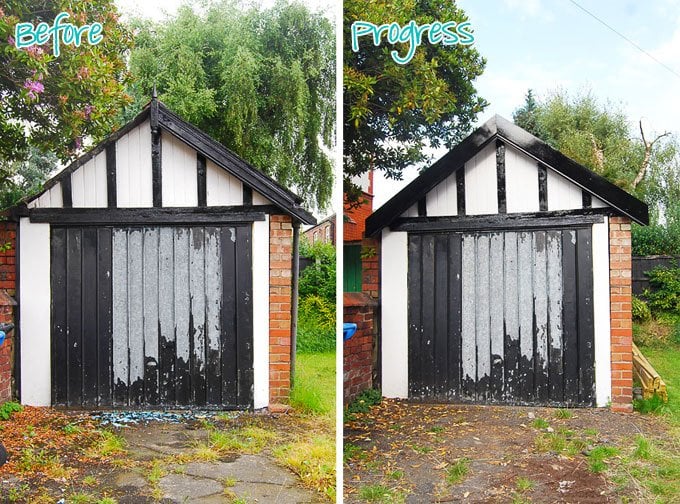 I really can’t wait to get this project finished now – it can’t take that much longer, can it?

We obviously need to replace the driveway, too. Do you have any suggestions? Have you ever tackled a job that’s ended taking up much longer than expected? Have you ever decided to DIY something that you wish you’d paid to have done?

PS. Don’t forget, there’s still time to vote for for us in the Amara’s Interior Blog Awards 2014! Thank you so much to everyone who’s already voted!