At the beginning of the year, we shared our list of planned projects for 2014 with you. Today we’re half way through 2014, but nowhere near half way through our project list.
It’s high time that we get a move on if we want to get anywhere close completing our plans (really we’ve only completed one of them (replacing some of our windows) out of 10 projects so far). So, after putting it off ever since we moved into our home, we’re going to be replacing out garage roof and we’re going to be doing it ourselves! 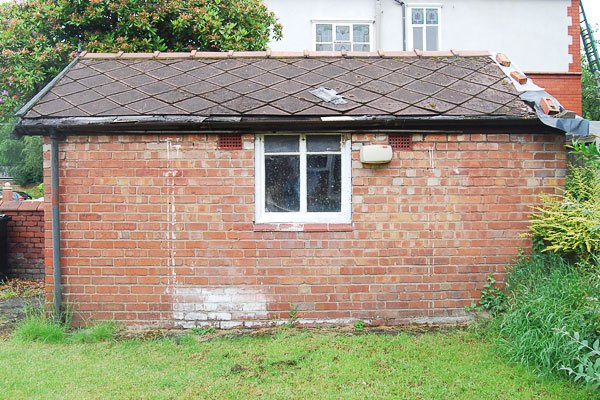 The survey we had carried out on the house before we bought it actually said that it might be better to knock the garage down and rebuild it! Luckily it didn’t turn out to be quite as bad as that and all we needed to do (except for of course replacing the roof) is to have the right gable wall rebuilt. 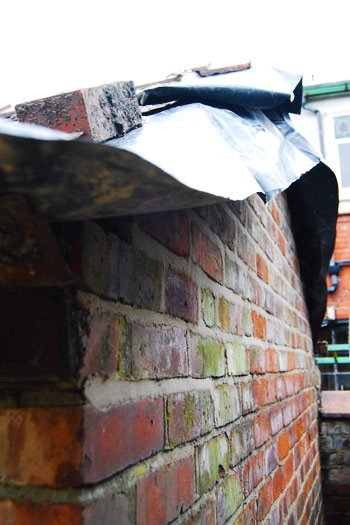 But now it’s definitely time to move onto sorting the roof. Whilst it looks bad when looking at the whole garage, it looks so much worse when taking a closer look. 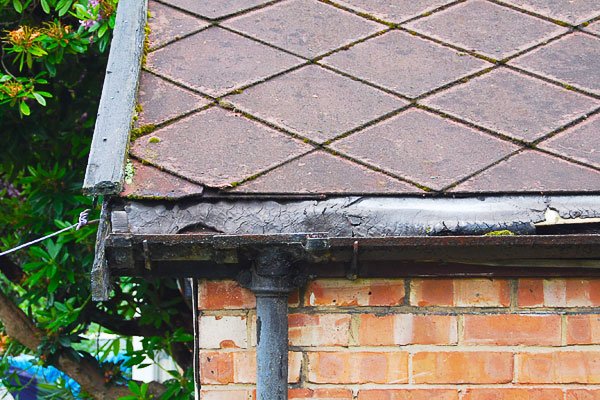 The old cast iron gutter and downpipe is just about still clinging to the wall and on the other side of the garage it’s completely missing. The old roofing felt has slipped down the roof and is now hanging in the gutter, the timber fascia boards are rotten or completely missing and the roof tiles contain asbestos. It’s not looking great, is it? 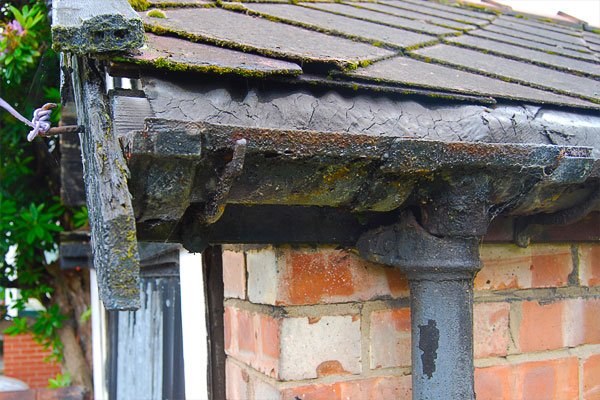 Luckily the actual roof structure is – for the most part at least – in a decent condition. Both the purlins and the rafters are fine, just the sarking (the boards covering the roof that lie on the rafters but under the felt) have rotted away at the ends and will need parts replacing. 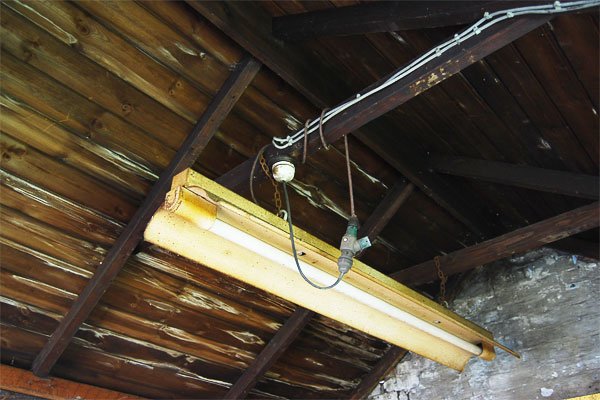 This is basically the plan: 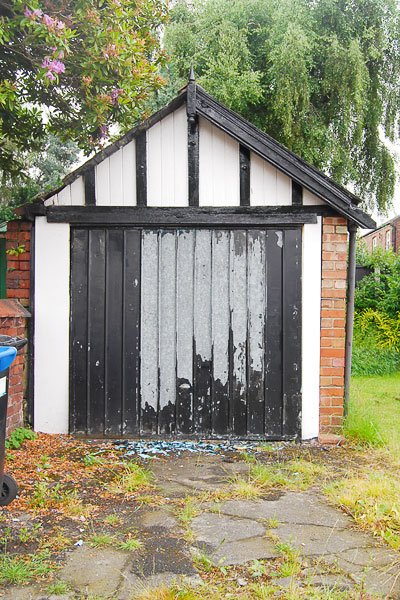 We’ve already calculated the supplies we’ll need and are in the process of sourcing the slate – which is easier said than done, as it seems like there are about a million different kinds to choose from!
If you’re thinking we’ve lost our minds tackling a project like this (and you may be right), we really do think that it should be doable. It is a fairly simple roof and it is only the garage.

Have you ever attempted laying a slate roof? What’s the biggest job you’ve ever tackled yourself?