Last week we shared our general planning ideas and kitchen layout options for our new apartment with you.

The biggest change we’d like to make to our new apartment involves relocating the kitchen to the front of the apartment. We still need to check that the changes we’d like to make are possible but we think it would improve the layout and make the space more user-friendly. 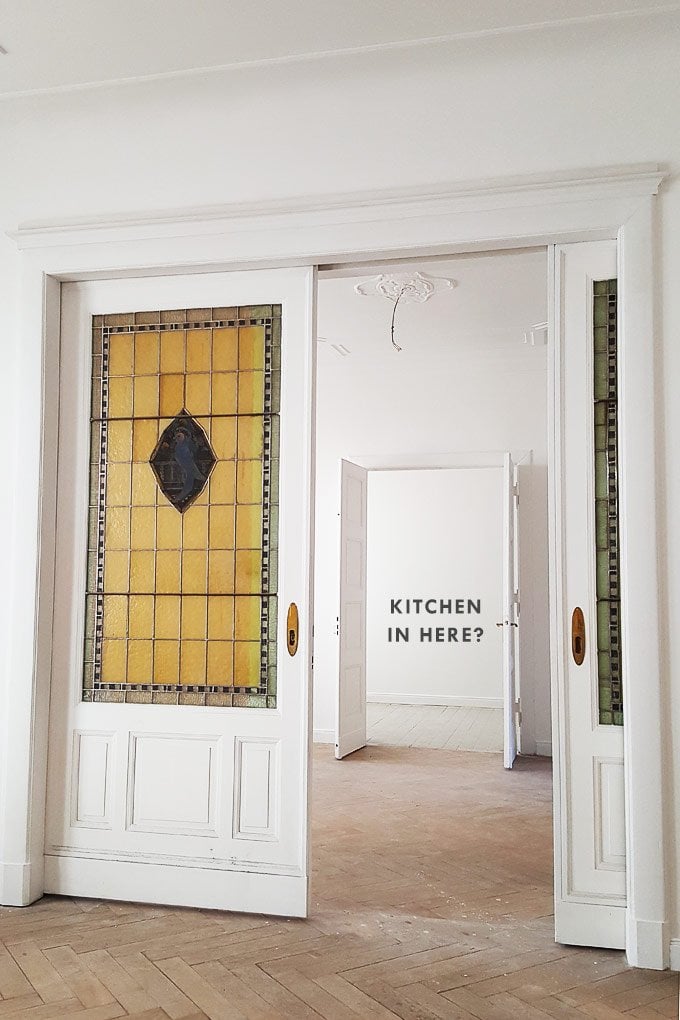 The biggest money saving tip I can give you when renovating a home is to keep things where they are. Moving entire kitchens and bathrooms means new plumbing and new electrics but even just switching the location of your WC and shower, for example, could end up costing a lot more than trying to work with the current locations of your water and drainage connections. 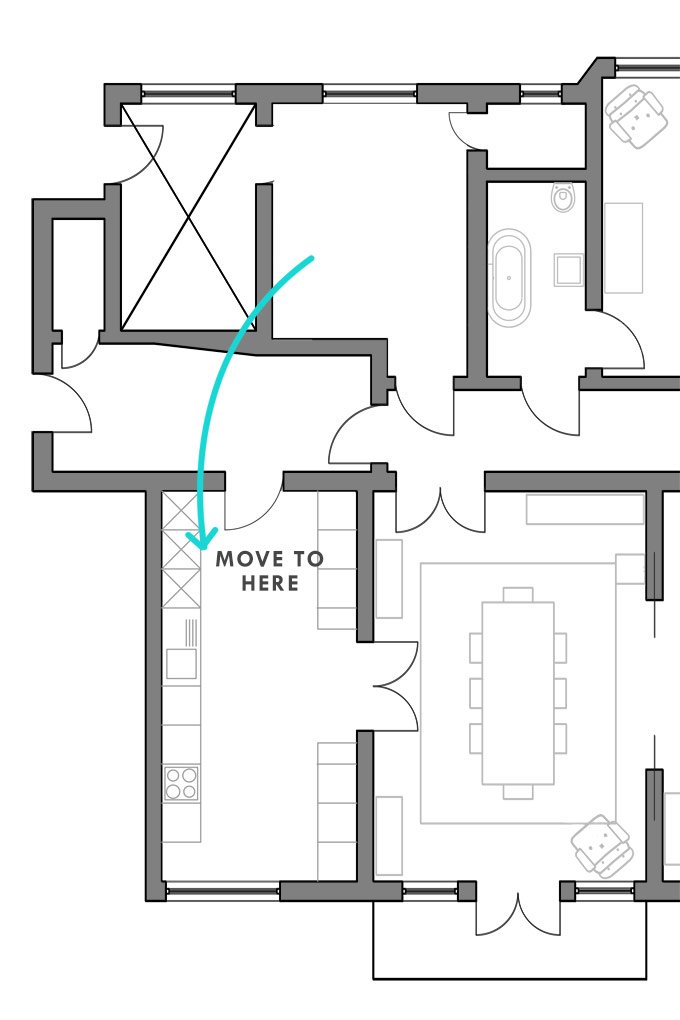 Having said that, we’re obviously ignoring our own advice as relocating the kitchen is our top priority!

We’ve still not decided on exactly which option we’ll be choosing for the kitchen (we’d love your feedback and you can read about our plans here) but we’ll have to make a decision soon as most of our plans revolve around relocating the kitchen from its current position. 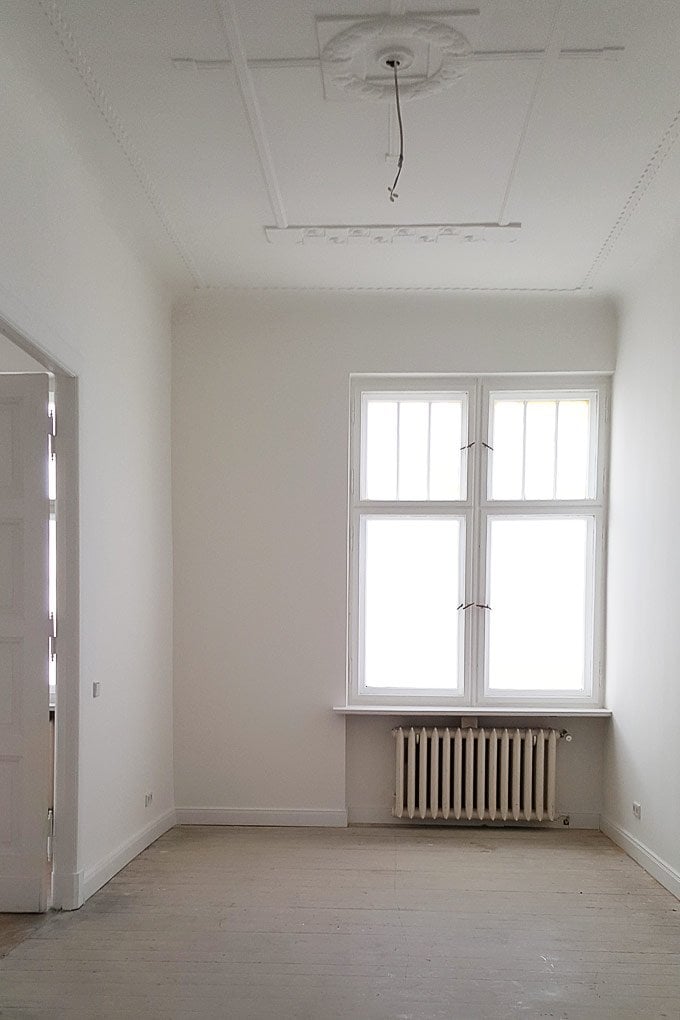 With the kitchen relocated we can then move the bathroom from it’s current position to where the kitchen used to be. It all sounds more complicated than it is, so let me show you the options we’re considering. We’re trying to keep an open mind and we’d love your feedback, too!

At the moment the space we’re talking about looks like this.

The bedroom is a really good size but the slim room at the end of the hallway is just a bit weird. The bathroom has only recently been updated so it’s a bit of a shame to be moving it (maybe we can reuse some of it) but we think that it’s just a bit too small. The apartment is quite large and having just one small bathroom seems a bit disproportionate.

With the kitchen and bathroom relocated we’d be left with one large space which, if we removed the wall to the long and narrow room, could easily be split into two generous and fairly equal sized bedrooms.

This is probably the sensible option. We’d have an additional guest room which would definitely give us more flexibility. This side of the apartment also faces the courtyard which means that it’s quieter than the rooms at the front of the building. Another reason that having the bedrooms here seems like the most sensible option.

This option involves the same first steps as option one. We would move the kitchen to the front of the house and relocate the bathroom to where the kitchen used to be.

Then, instead of knocking down the wall to the narrow room we would just add a large opening to create a walk in wardrobe and one huge bedroom!

This is definitely a much more luxurious option and we’re definitely being greedy. It would limit our flexibility but on the other hand it could be a totally spectacular space. Another reason for this option (apart from having a walk-in wardrobe!) is that it’s also only the two of us living here so it kind of makes sense to make the apartment work for us and not bother about where guests sleep! I know that sounds a bit mean but we will still have one large guest bedroom! 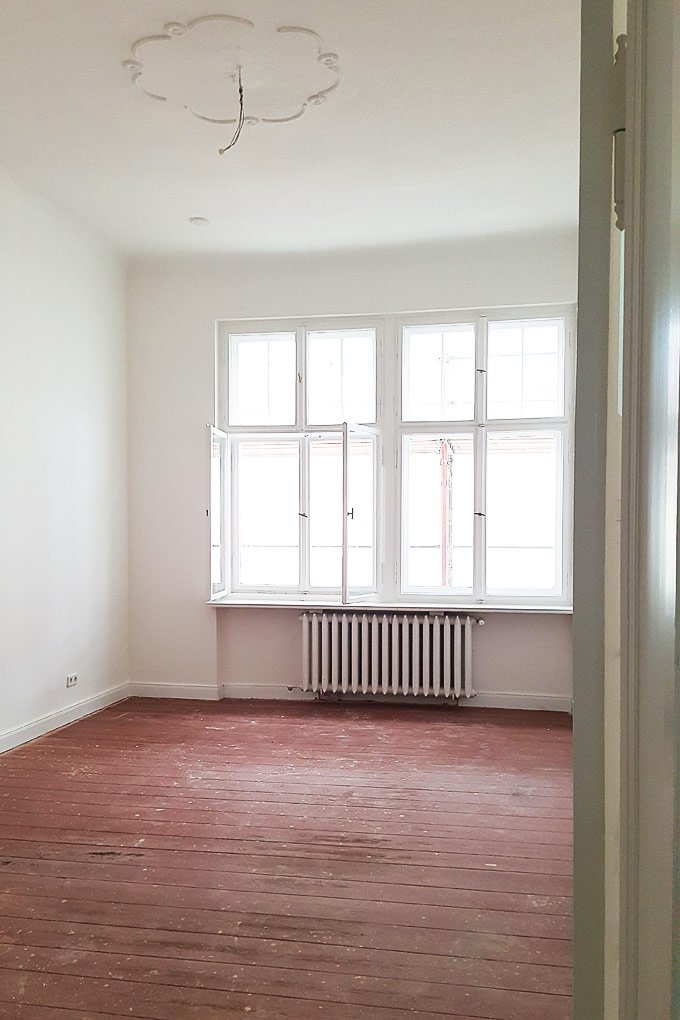 This option came to us at the weekend when we were doing some measuring and planning at the apartment. It would still involve moving the kitchen to the front of the apartment and we would also still turn the long and narrow room at the end of the long hallway into a walk-in wardrobe.

The biggest difference compared to the other two options is that we wouldn’t knock down the wall to the current bathroom and would turn the existing bathroom into an en-suite and small utility room. The room where the kitchen used to be could then be an amazing bathroom.

Arrgghh. So many options and decisions to make. Which one do you think is best?

We’d love your feedback! Do you think we should opt for two equally sized bedrooms or one large and luxurious bedroom? Or would you choose the third option with a large bathroom but smaller (it’s still a really large room) bedroom?

We keep mentioning the bedroom ceiling in our comments so it only makes sense to show you what we’re on about! All of our planning so far has been fairly “flat”. What I mean by that is that we’re going through options and are trying to find out what would work best. We haven’t really taken anything like ceilings, features or (to a certain degree) utilities into account and have just been designing our layouts in a very 2D way. 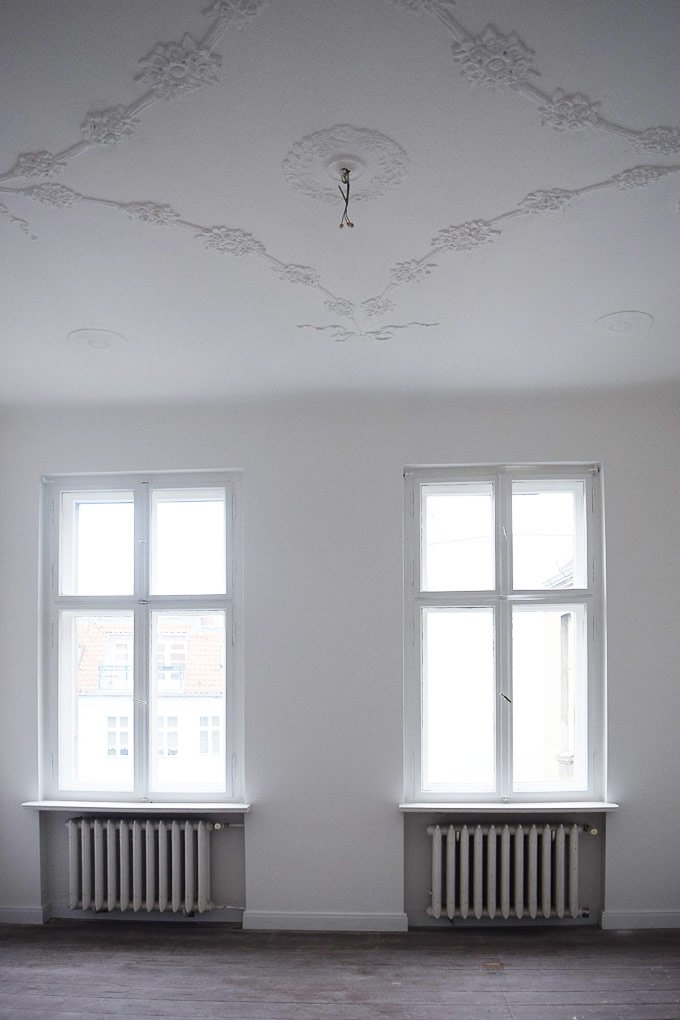