At the beginning of every year we set ourselves a few home improvement goals. It’s good to have a rough idea of what we want to achieve and having something to aim for is also a great way to stay motivated.

Although it’s already November we still have a lot of projects on our goal list left to complete. Needless to say we’re not going to manage to complete them all, but we’ve just ticked one box off our list and the back wall of our house has finally been repointed! 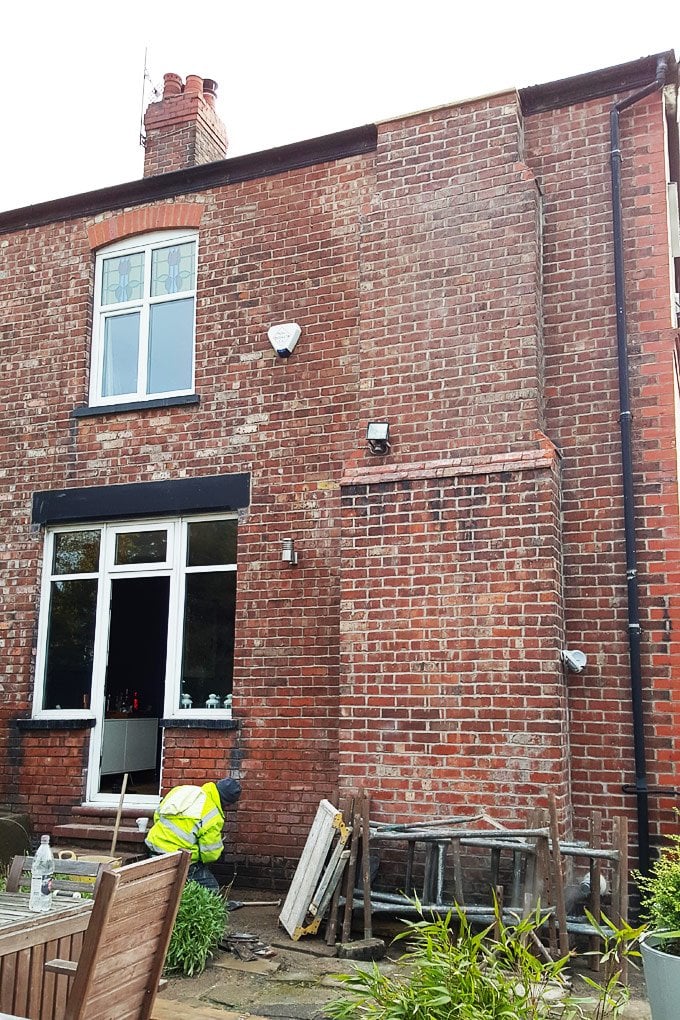 It may not be the most exciting project ever, but keeping your pointing in a good condition is a vital part of maintaining your home.

We repointed our front garden wall not long after moving in and whilst it wasn’t a difficult thing to do, I found it indescribably boring. Repointing a low garden wall is also obviously different than repointing the whole side of a house, which is why we decided to not to attempt this job ourselves. 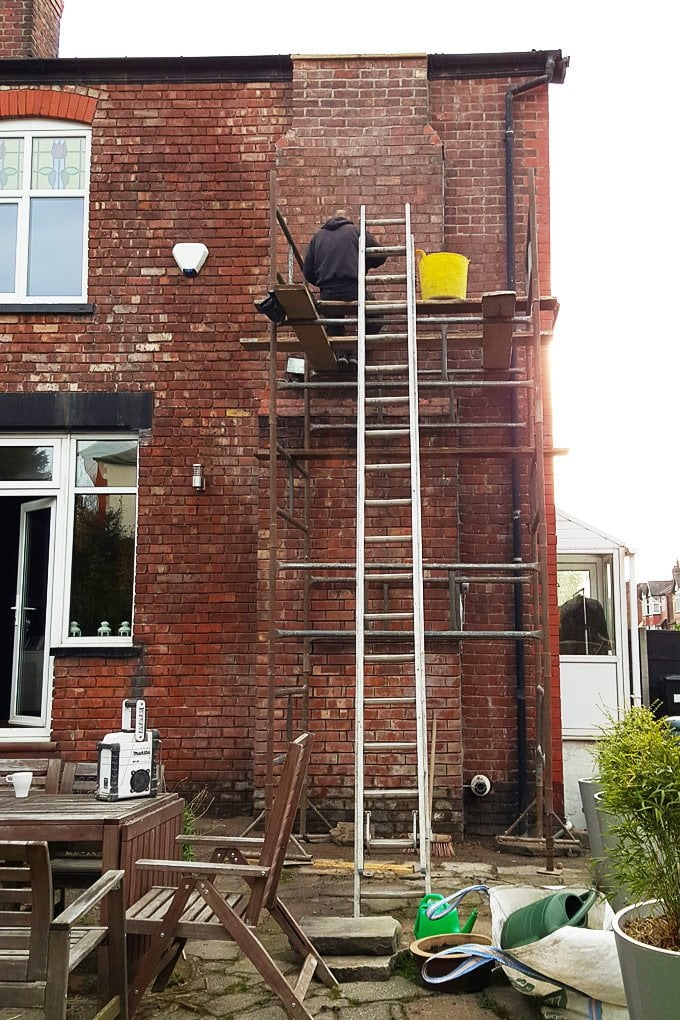 The materials aren’t expensive, but it is a time consuming job and it took a full week for our builder to finish the job. If we’d tried to do it ourselves, it would have taken at least twice as long, but knowing us, probably a lot more than that. This was definitely a job that we were happy to pay for!

In general when repointing, the old mortar between the bricks is removed to a minimum of the width of the joint. I knew the work would be messy, but I totally underestimated the amount of dirt that came out of our joints. Half of the garden ended up covered in dust and the windowsills had at least 3 cm of dirt on them by the time the joints had all been cleaned out.

Then the joint is cleaned and hosed down before the pointing can begin. It’s important to use the right kind of mortar for your brickwork. There are a few different types and a general rule is to always use a mortar that is softer than your brick. 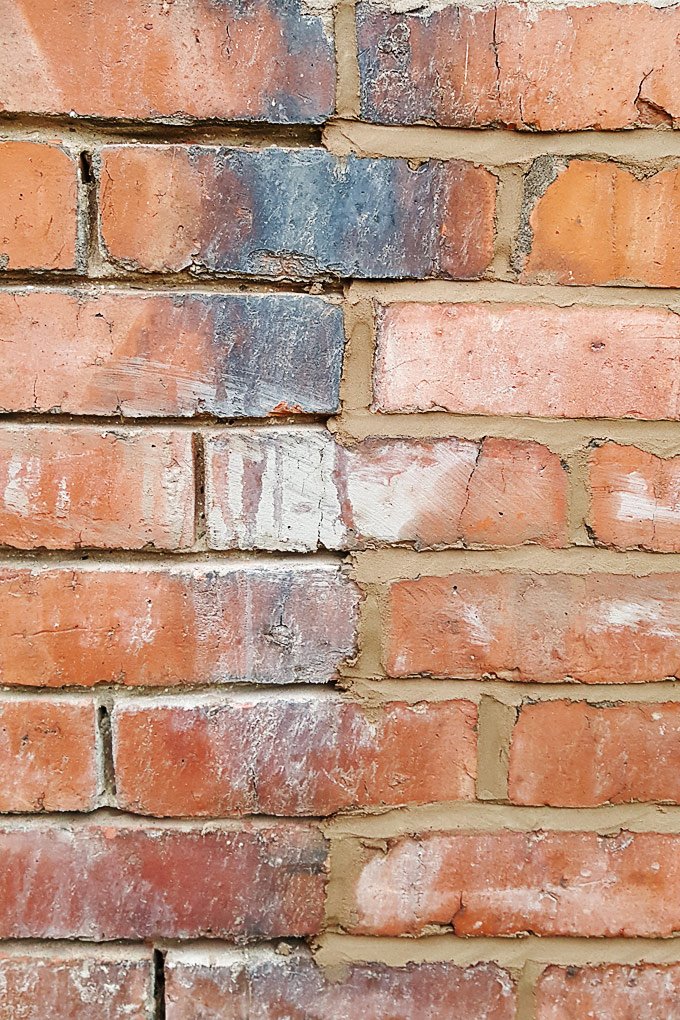 It’s important to keep your pointing in a good condition as water can penetrate and if it freezes it can cause a lot of damage to your brickwork. This is exactly what had happened to our garden wall. 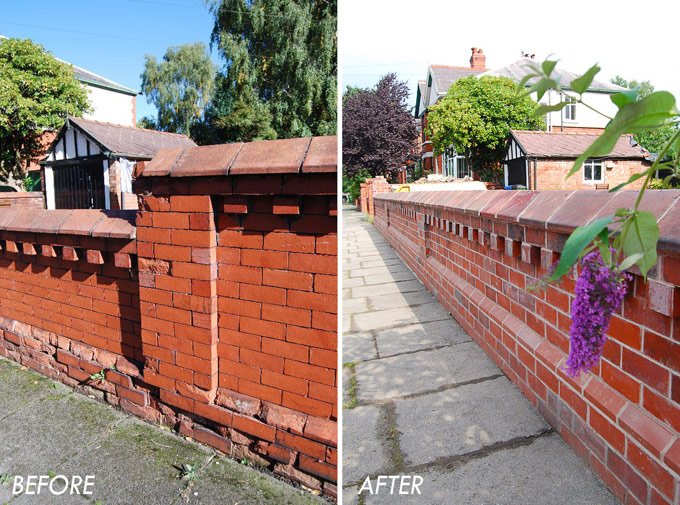 If the previous owners had maintained it, we would have probably just had to repair it in a few places, but the mortar had worn away so much that the bricks were already touching each other and a lot of the bricks were damaged beyond repair from the penetrating and freezing water.

Having the wall repointed was expensive and there are hundreds of projects that I would have rather spent the money on but I guess it’s just part of the fun of homeownership and maintenance that just has to be done. 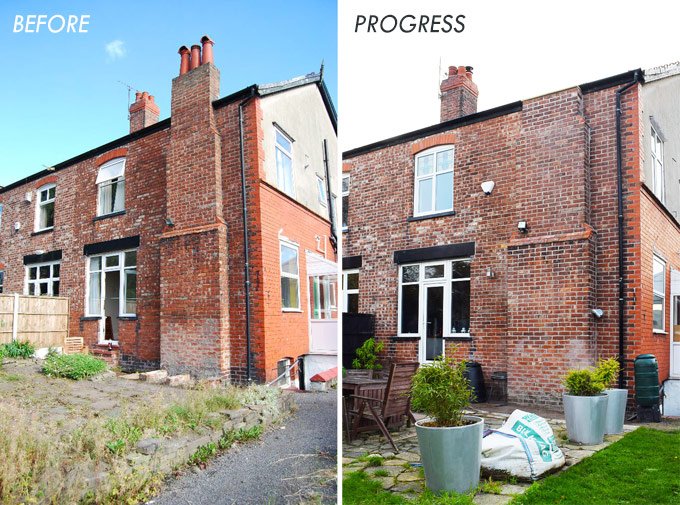 What kind of home improvement projects do you like to splash your cash on? Are there jobs that you just hate to spend any money on? Do you also have projects that never seem to get done?