Having lots of options is a good thing, right? Well, yes and no.

There’s no denying that it’s great to have lots of choices and possibilities but it also makes making any decisions so much more difficult. I can’t help feeling that it would sometimes be a much easier process if we had fewer options to choose from. 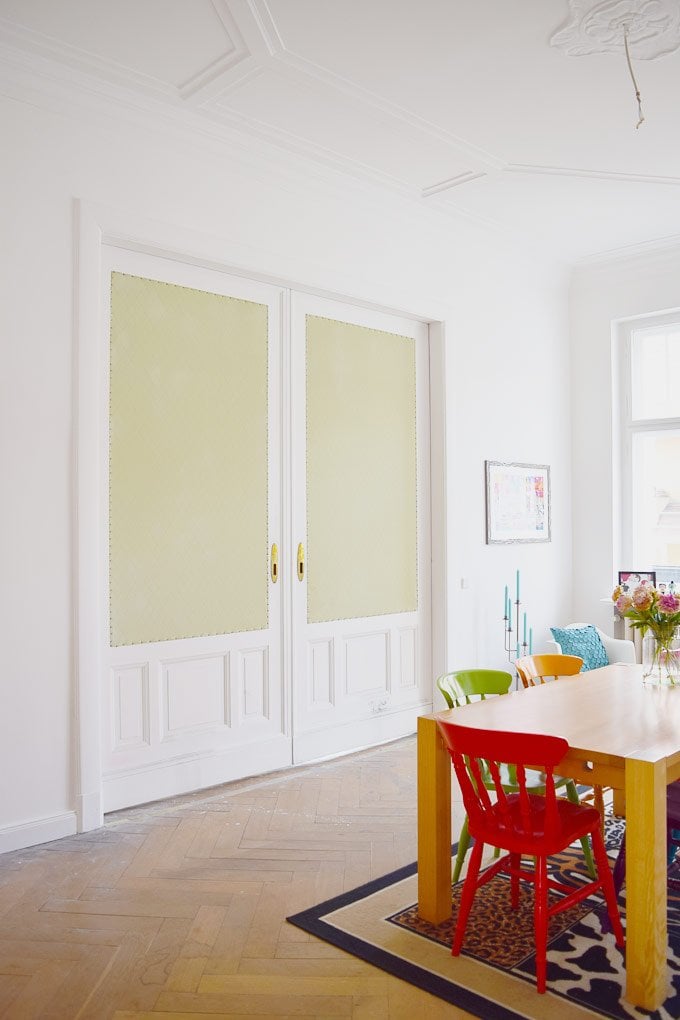 We already shared some of our initial thoughts and layout ideas just after purchasing the apartment but now that we’re actually living in it and have got to know the space we’ve had so many more ideas! 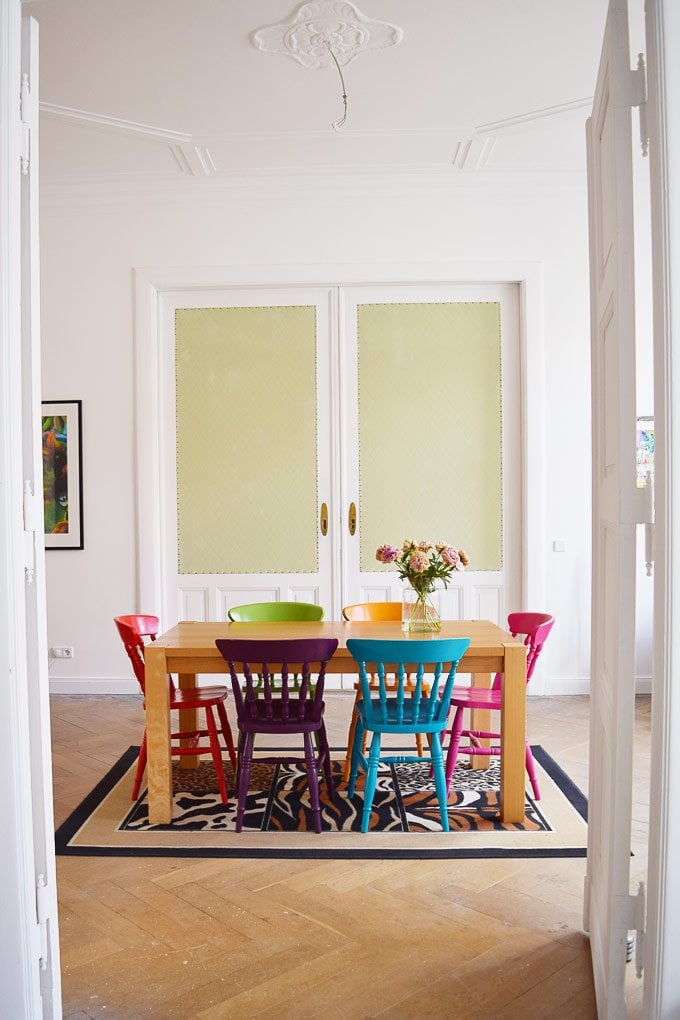 It’s amazing to have so many options but my head currently feels like it might explode because it’s so full of ideas. Changing the layout is something that’s vital to the success of our apartment transformation. We’re not going to want to knock down or build walls only to end up realising that we would have been better off leaving them where they were!

Last week we already shared the exciting fact that we’re allowed to add a second balcony to the apartment. As great as this would be it could completely change our layout plans. The placement of the new balcony is almost completely out of our control so we’re ignoring it for the moment and are pushing on with planning what’s right for the apartment at the moment.

These are the 3 layout options we’ve managed to narrow it down to. Jan and I can’t agree on an option as they all have advantages and disadvantages. We’d really love your feedback on this, too!

Option 1 | Keep the layout as it is (almost)

This is by far the easiest solution. We would keep all rooms including the kitchen where they are. We’ll only make a few small changes like to the shape of the kitchen and we would turn the long narrow room next to our bedroom into a walk in wardrobe.

It’s not overly exciting in terms of changes but there’s no point in changing things just because we can.

This would include the changes mentioned in option 1 (slightly enlarge the kitchen & create a walk-in wardrobe) but we’d also slightly enlarge the current bathroom by pushing the existing wall into the bedroom by about 30cm. The bedroom is really large so it wouldn’t matter if we lost a tiny bit of space but in the bathroom that bit extra would allow us to rotate the bath giving us a much more usable and generous space.

We could even think about losing the pantry to enlarge the bathroom even more. With a bit of careful planning, we would then even be able to squeeze a separate shower into the bathroom!

This is by far the most elaborate option. It would involve a lot of plumbing changes but we think it would make a big difference to the flow of the apartment.

This is one of the layout changes that we considered really early on and it’s still my preferred one. It involves a lot of changes but the structural work is minimal so it’s not quite as radical as it seems. 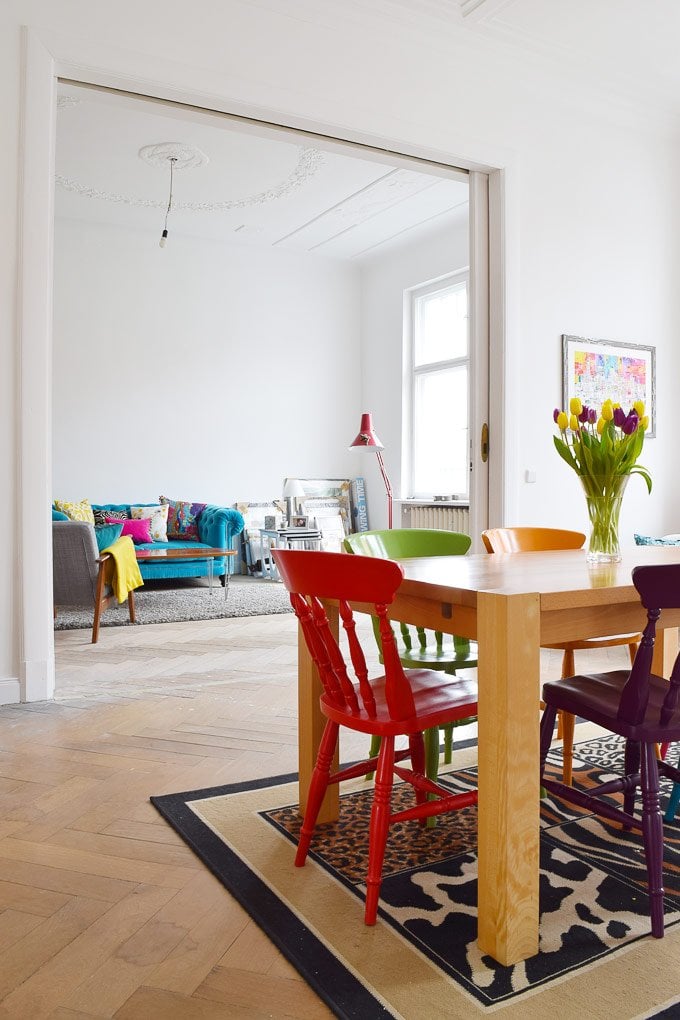 If we do move the kitchen to the front of the apartment we have a few additional options that we shared in more detail here. We could widen the existing door opening to the dining room or even remove the wall between the two rooms completely but we’ve now decided that will keep the wall as it is. The big double doors are very typical for Berlin architecture and we really don’t want to lose one of the original features of the apartment.

This isn’t really a serious contender but I just had to include it as it’s definitely the most fun layout option.

Now, I’m sure you’re thinking we’ve lost our minds because how on earth would we ever get into the guest bedroom? Well, we’d create a secret door of course! 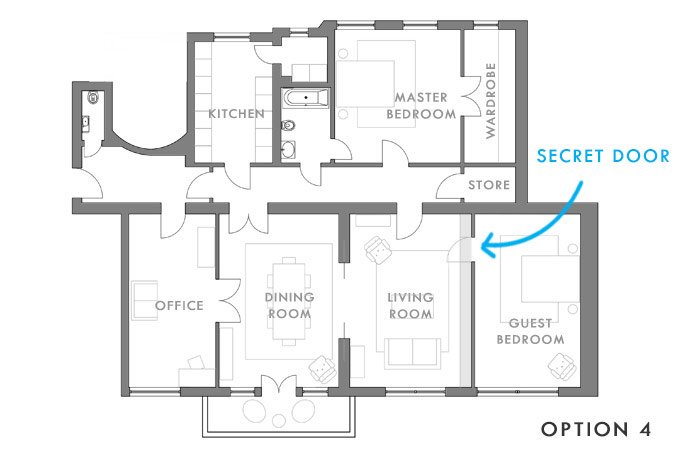 In the living room, we could build bookcases along the long wall separating the two rooms and have one section that is a secret door (admittedly not so secret as we’re sharing it here)! Given the layout of the rest of the apartment, you’d really never know that there’s another room there!

Admittedly it’s a totally bonkers option but it would be kind of fun, too! 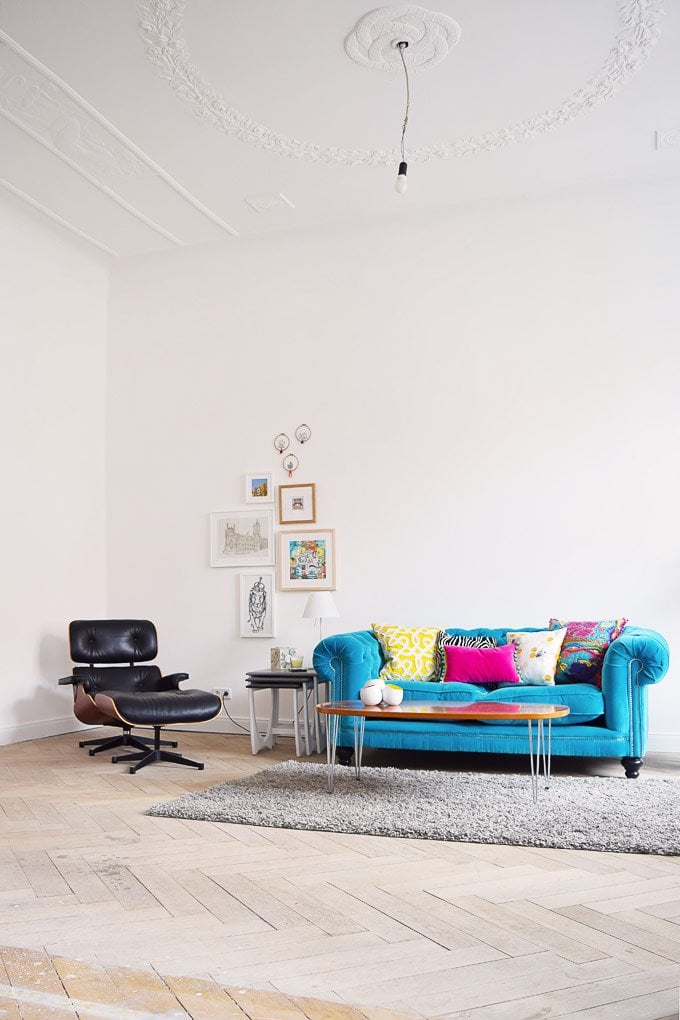 Overall there are a lot of things we have to consider. We can’t just rejig pipes and change things without taking the existing positions of services into account. And if we want to do any structural work we will even have to get approval from everyone in the building.

Having said that, we’re pretty certain now that it’s going to be one of these options (maybe not the 4th one).

Which is your favourite option and which one do you think we should do? Moving the kitchen would mean that we lose a bedroom but we’d also gain a bigger bathroom and an en-suite. Am I mad to even consider losing a bedroom only to gain more bathroom space?