Just after moving into our first own home, we visited a festival where local companies presented some of their products.  It was nothing special, but one thing we did at the festival, was ordering a compost bin. We thought it would be a good idea and it allows us to recycle some of our waste. It turned out,  not to be that easy!

Our first task was finding a suitable space for the bin. We choose a corner near our garden wall. It’s not the ideal place, as it isn’t in the direct sun, but when we installed it, it was the best place we had available. 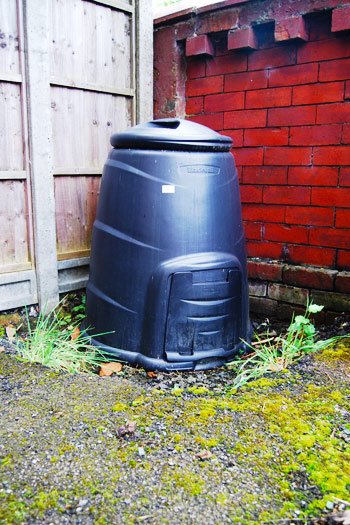 After installing the bin, we realised that we had no idea how to compost or even what to put into the composting bin. After a bit of research, we found lots of information on the Internet including this website.

In general, you can compost all garden waste and the non-cooked organic kitchen waste. But it’s important to get the correct mixture of waste to ensure good compost.

These are my top 3 composting tips:

As there are only the two of us, it’s taking a long time to fill the bin. Even now, almost two years after starting our compost, the bin is still only about half full. At least it gives us a nice warm and fuzzy feeling to know that we are doing something green.