Last week we told you about our garden posts being updated. They were in an awful state and probably wouldn’t have survived another cold and frosty winter. The mortar between the joints was completely missing and the face of lots of the bricks had chipped off.

This is what they looked like before starting work. 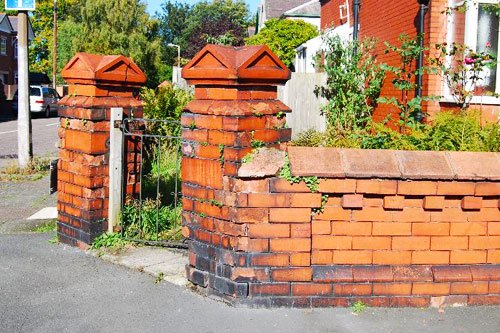 Last week, our lovely builder took down the wall, cleaned the bricks and poured new foundations in preparation for the rebuilding of the gate posts this week (you can read all about it here).

It seems to be raining constantly here at the moment, but in between the showers I managed to jump out and take this shot of the first few layers of bricks being laid. 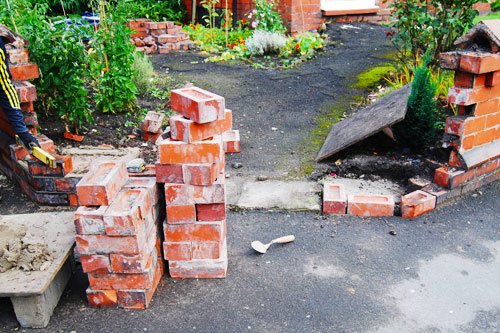 Although there are only two layers of bricks so far, it already looks so much straighter than the crumbling gate post that was there before. 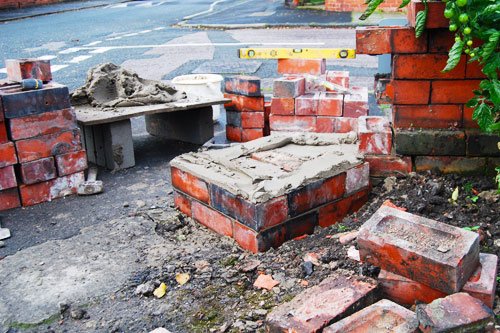 Because all of the special corner bricks were completely broken, we had new ones made out of two existing bricks that were cut and glued back together.

This is what the ‘new’ corner brick looks like. 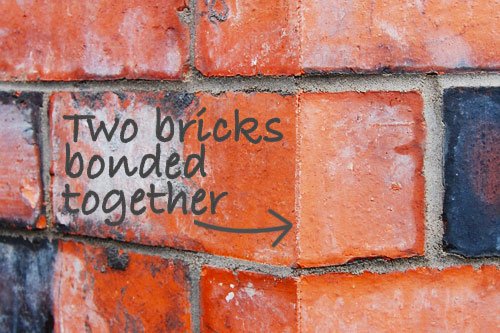 You really can’t tell that it’s made up out of two old bricks. The join is practically invisible.

After laying lots more layers of bricks, our repaired capping stones could be fitted. They were in an awful state, but luckily they were salvageable. We used a specialist company, that glued them back together again with a super strong resin. And here is the result. 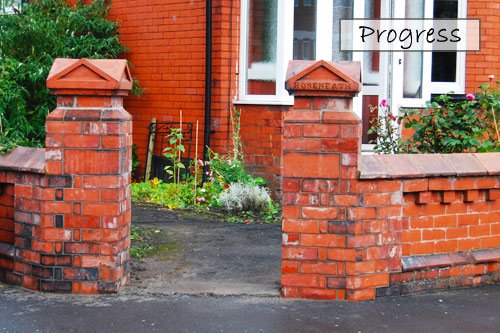 It was really important to us, to keep the capping stones. They really finish the garden posts off, but more importantly one of the stones has the name of the house engraved into it. 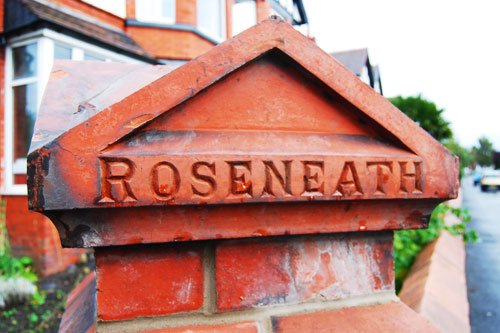 It’s a huge improvement, what a shame that the same thing can’t be said for the rest of the garden wall, which now looks even more miserable than before. 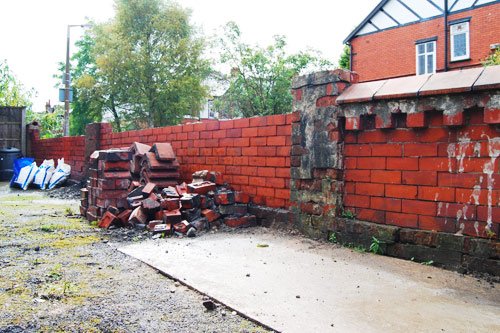 It looks like we have a lot more work ahead of us. At least the gate posts are done, even if they are missing a gate! As always, here’s the before and after side by side picture for you.

The traces of mortar on the face of some of the bricks will be washed off in the next few weeks of rain. It’s had to believe, that only a week ago you could have probably knocked down the whole pillar with a good push. Now all we need to do is sort the rest of the garden.