Even if we still feel more like tourists than people that actually live here, Berlin has an undeniable charm and oozes character. It feels cosmopolitan but laid back, busy but relaxed and it changes literally from one street to the next which we quickly learned when we accidentally ended up in a red-light district. Ups. 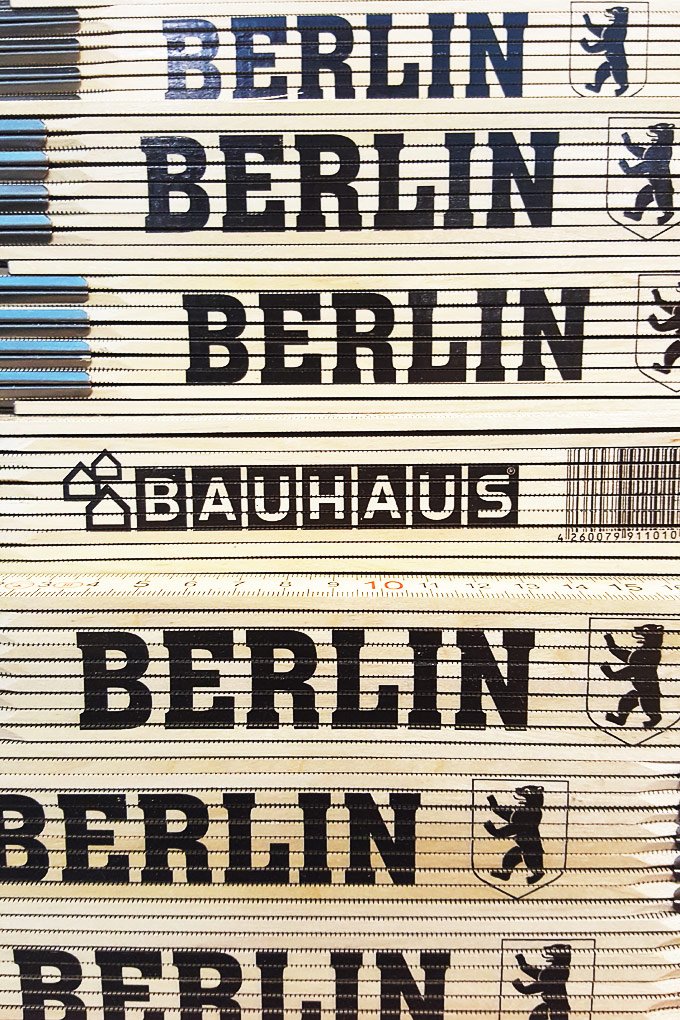 Some of the things that we find a bit weird or quirky are probably totally normal to Berliners (and Germans in general) but after over 8 years of living in the UK, we’re probably noticing things that would otherwise seemed perfectly normal to us. Not necessarily in a good or bad way – they’re just a different.

I’m not sure if Litfasssäulen exist anywhere else outside of Germany but they’re basically cylindrical advertising columns and they’re dotted all around the city (and country). For me, they’re typically German and I love looking at all of the posters advertising random events around the city.

I had a quick google to see if they exist anywhere else (apparently there’s loads of them in Paris, too) and learned that the guy who invented them was from Berlin! So I’m sure you can imagine how excited I was to find this square when I was out exploring last weekend. 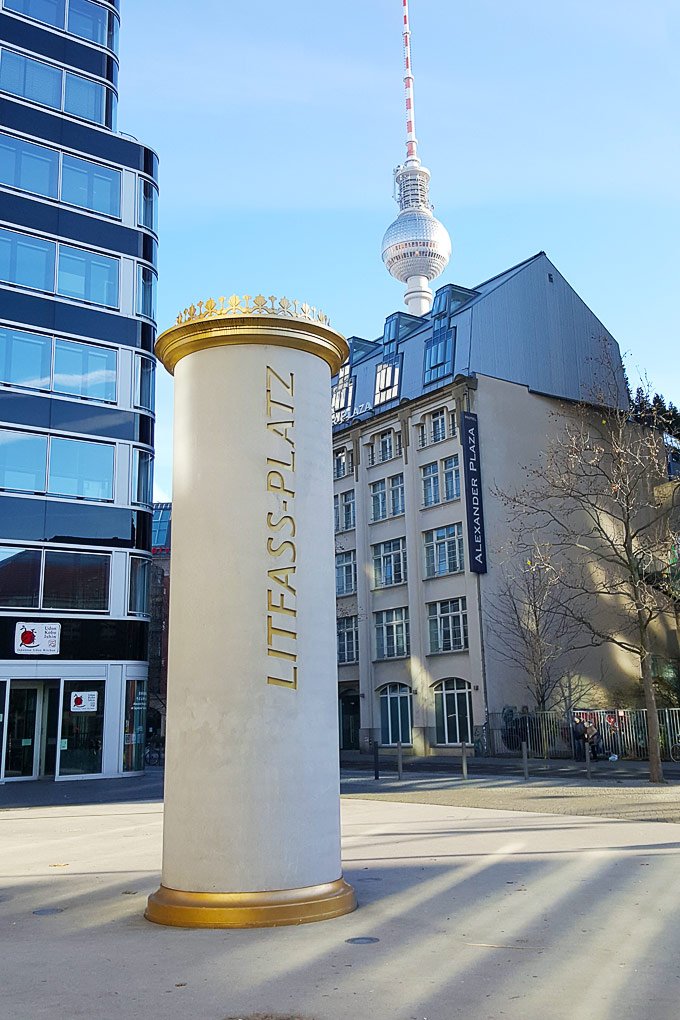 Yep, there’s actually a square with a Litfasssäulen statue!

When it was still warm outside we both grabbed ourselves a beer from the supermarket, walked to the Gendarmenmarkt and sat on the red carpet on the steps of the concert house. The Gendarmenmarkt is a beautiful old square in the centre of Berlin and it was the perfect spot to watch the world go by and see all of the tourists take selfies in front of the sights. It was such a fun and cheap evening and walking around town with a bottle of beer felt really naughty (although it is perfectly legal here). 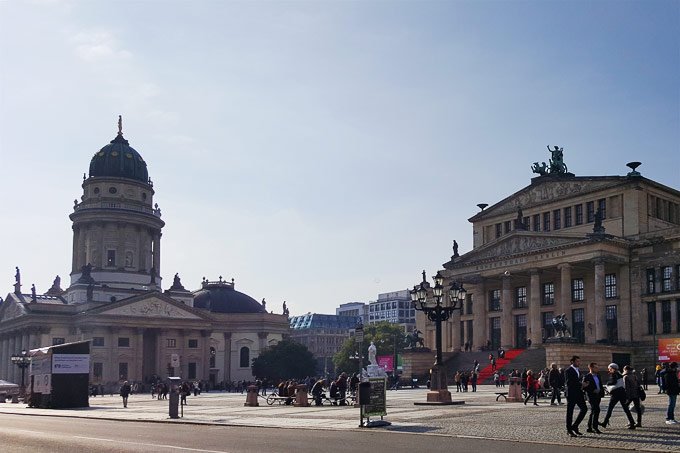 Kiosks In The Underground.

There’s nothing unusual about little shops in the underground but in Berlin, a lot of the Kiosks are just a bit different. The windows are plastered with magazines, cigarette papers and bottles of alcohol in all different shapes and sizes.

I love how all of the alcohol shot bottles are lined up – even if I’d never consider actually buying any of them.

There are regulated times in Germany where you have to be quiet and aren’t allowed to make noise that could bother anyone else. The main quiet time is between 22.00 and 6.00 in the morning as well as all day on Sundays and bank holidays.

Although Mittagsruhe (which means ‘lunchtime quiet’) isn’t a legal requirement you’re still expected to also be quiet between from around 13.00 till 15.00. Not exactly ideal if you’re busy DIYers!

Paying for the loo.

This is probably one of the most annoying things ever. I’m not sure why any shopping centre can even think it’s acceptable to ask people who have been eating, drinking and shopping there to pay to use the facilities. 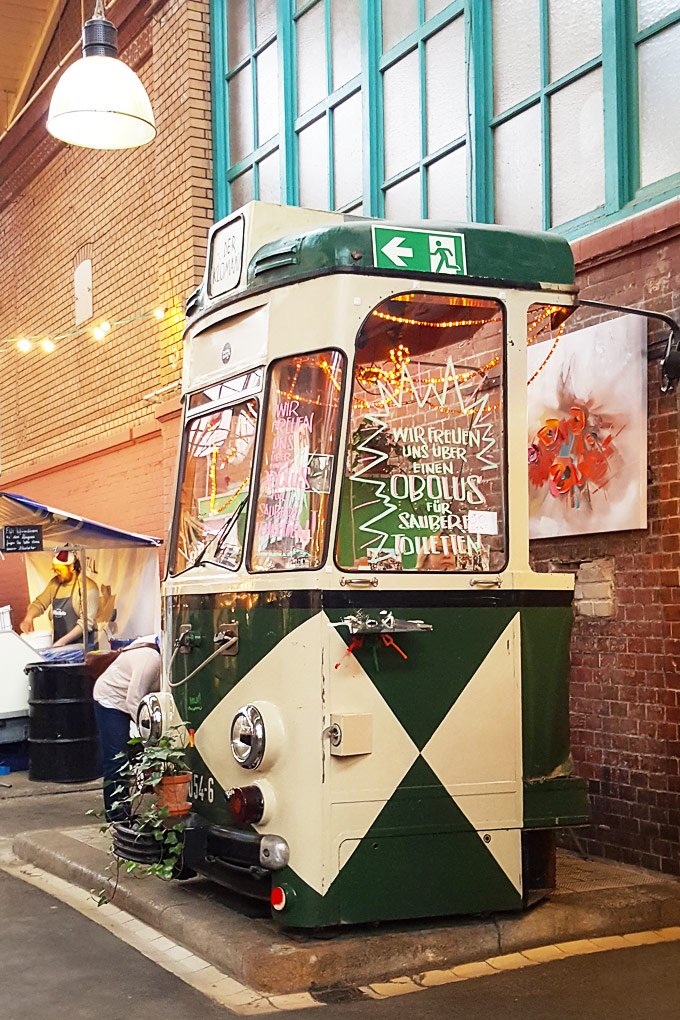 It gets even worse, though – sometimes you have to pay for the pleasure of using the bathroom in some bars and restaurants, too! It annoys me so much that I’ve even left places earlier because I object so much to paying to go to the bathroom. Even I can’t help loving this toilet-toll-booth though!

It’s still a novelty that trains turn up when they say they will and you can plan your journey and expect to arrive when you thought you would. I also love that pretty much every stop for the underground, tram, train or bus has a digital board telling you when what you’re waiting for will arrive. 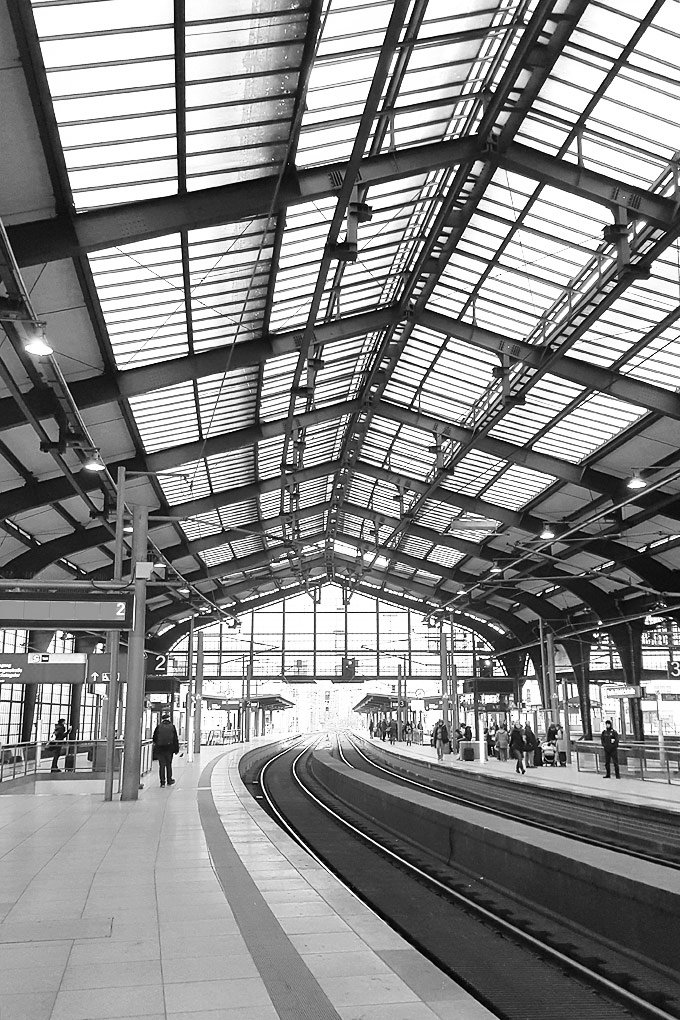 I’m assuming they’re not punctual all of the time (that would be too good to be true, wouldn’t it) but so far we’ve not encountered a single late train!
The one thing that is annoying however is that there’s no clever way of paying and you have to purchase tickets at a ticket machine and stamp them when you want to travel. You can buy them in advance and then just validate them just before you travel but an Oyster card like system would be so much easier.

It’s pretty easy to get a taxi here in Berlin, especially if you’re in the centre of town or if you head towards a hotel but there are taxi ranks dotted around the city, too. I know that other cities have similar systems but I just love the slightly old-school look of the taxi columns here in Berlin. 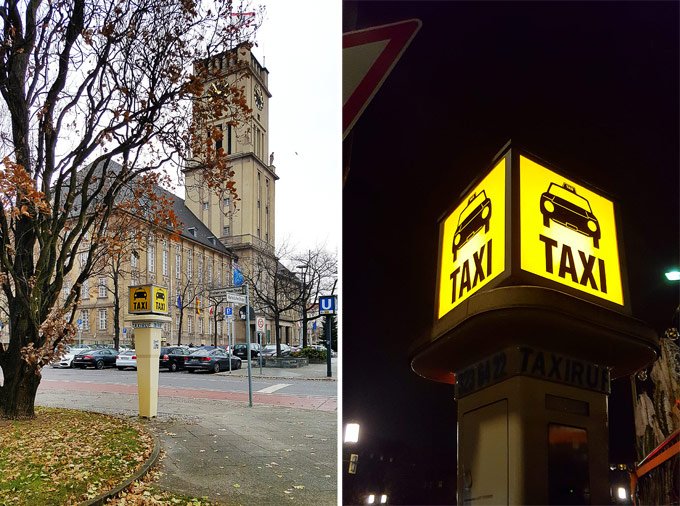