We have a bit of a confession to make – we still haven’t completely finished taking down our cellar ceiling! But, we’ve not been as lazy as it may seem, as we’ve already started on insulating it!

Progress has been fairly slow, but we’re finally starting to see some results. The back cellar room, which we’re planning on using as a little workshop, is almost finished. The other rooms are still a work in progress. 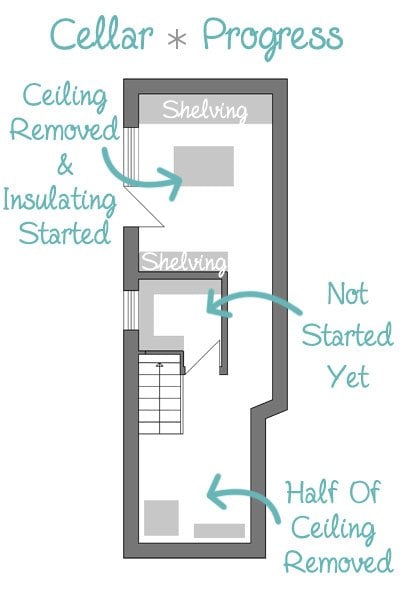 For the most part, we’ve finished removing the lath and plaster ceiling. It made a huge mess and it took us over 5 trips (with a fully loaded car) to the tip in order to get rid of the rubble. 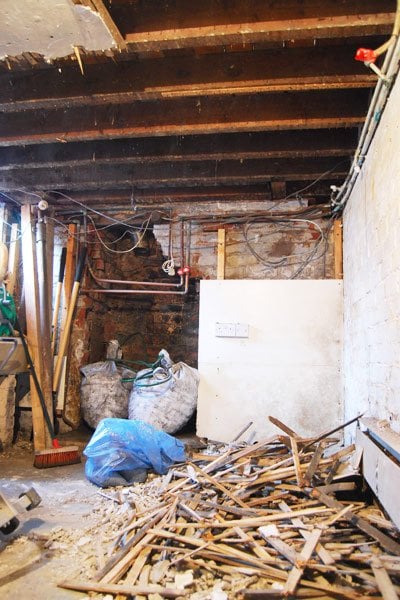 There are still a few heating and gas pipes that need to be removed/ repositioned so that we can finish removing the rest of the ceiling, but it’s already a huge improvement on the cracked and damaged plaster that was there before. 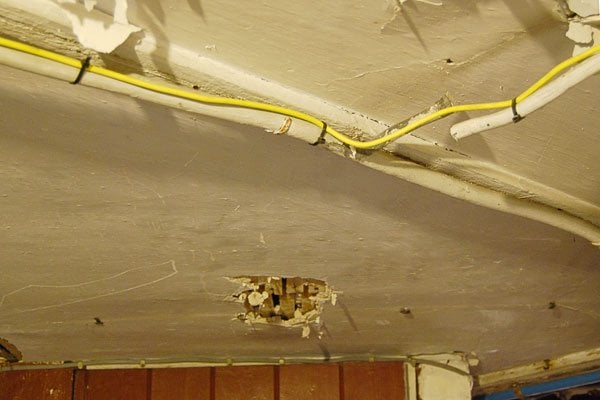 We also had a good clear out (it’s surprising how many almost empty paint cans and random junk we managed to collect in just a few years), removed two ugly old & unused radiators and had a bit of a clean. 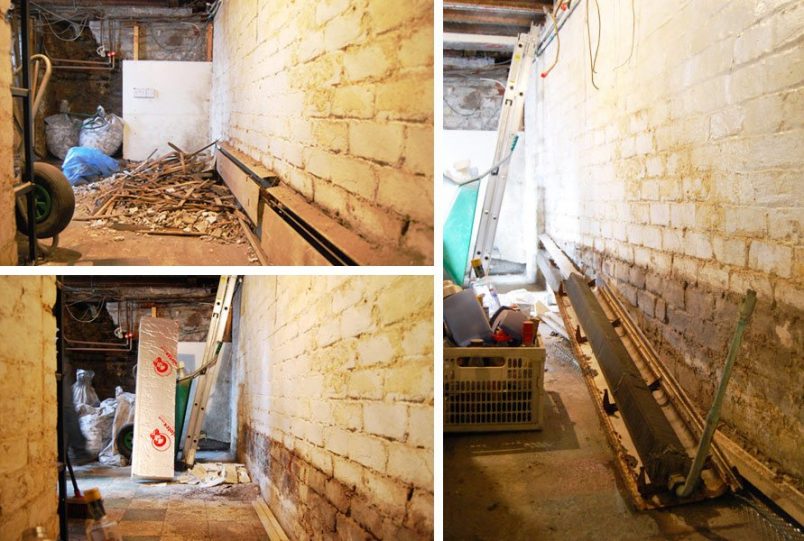 It took a surprisingly long amount of time (probably because of the amount of cables and pipes) to remove the ceiling, but luckily the insulating part was a bit quicker. We already insulated under our living room floor a few years ago, so had a bit of practice which maybe helped a bit, too.

Adding extra insulation to your floors is a job that’s easily DIYable, but you will need to comply with the relevant Building Regulations for where you live. In England, if you are upgrading your floor, you will need to achieve minimum a U-Value of 0.25 W/m²K (for new floors it’s 0.22 W/m²K).

This is the method that we found worked best for us:

1. Measure the distance between your joists. At both ends – ours were almost never parallel.

2. Transfer your measurements onto the insulation panel.

3. Cut off the piece of insulation you need with a saw. We just used a standard hand saw which worked perfectly. There was really no need to buy any special equipment.

Our tip: We sometimes cut the insulation slightly too big. We found that the easiest way to trim it to size, was to insert it (as far as possible) between the joists and then, using the joists as a guide, cut along the edge of the insulation panel with a saw.

4. Squash the insulation into place. If you’ve cut it properly, it should stay between the joists on its own. If it slips, use some battens at the side of the joists to hold it up. 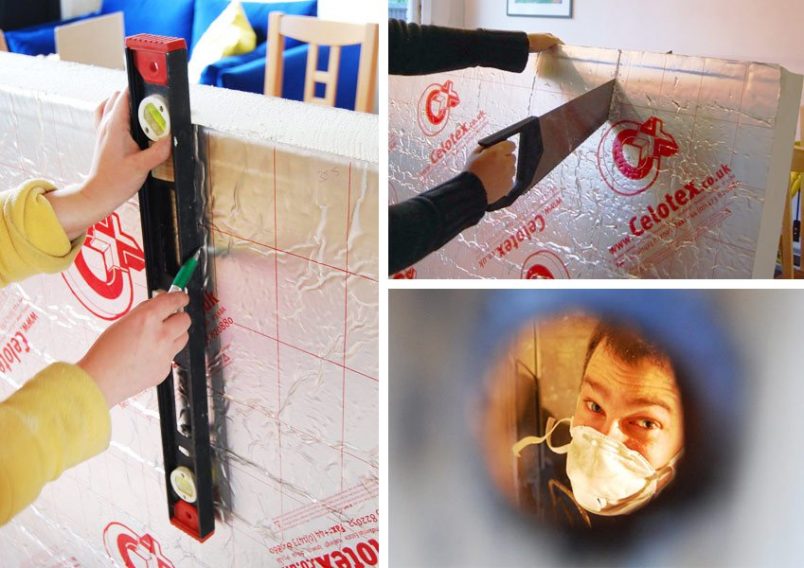 If you find that you’ve cut a board a bit too small, you can fill the gaps with draught excluder tape (the same kind that we used to fill the gap between our skirting and floorboards) or, if you have any larger gaps, you can use expanding foam filler and mineral wool insulation.

After a few calculations, we decided to insulate under the floors using PIR insulation boards. These rigid insulation boards are roughly twice as effective as mineral wool insulation, which effectively means you only need about half of the thickness.

According to our calculations, we would have only needed about 90 mm of insulation, but we decided to increase the thickness to 110 mm. In our case, that means that we actually comply with the Building Regulations specification for new builds. It’s always important to check current rules and regulations as things constantly evolve and change, though! 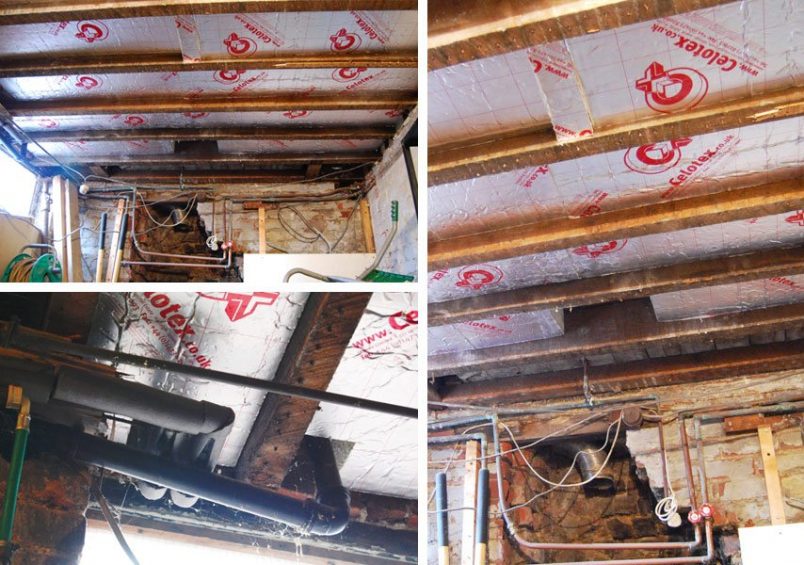 There is absolutely no need to insulate the floors of your upstairs rooms in your house when the rooms underneath are insulated. It’s only important and effective to do when the rooms or space below aren’t heated.

Hopefully, we’ll manage to finish insulating the cellar this weekend. It’s really starting to get cold here in the north of the UK and with our heating and radiator situation not being ideal (hopefully that will be sorted soon, too) we really need to make sure that our house can retain as much heat as possible.

Are you doing anything in order to insulate your home before winter kicks in? Or, if you’ve already insulated your home, has it made a difference?