After we brought you up to speed on all of our previous master bedroom endeavours, we thought that it’s probably about time to show you some of the nicer stuff that we’ve been up to. 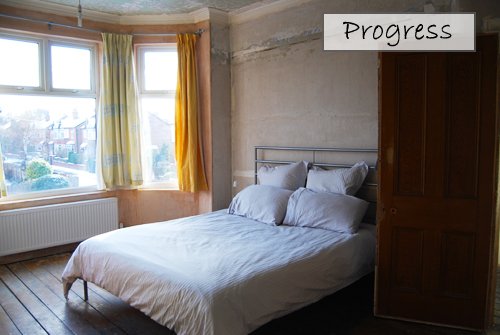 After the more major building work, we initially we primed the ceiling and walls with a mixture of PVA, water and white emulsion. Then we painted all the walls white until we could decide on a colour. We seem to have a bit of a white and greyish theme going on throughout the house and wanted something that would go with the flow but be a slightly softer and warmer shade than “just” grey and white – it is a bedroom after all. So after much debating and comparing hundreds of colours on various charts, we went and bought two colour testers. The first colour really wasn’t great, but the second, called Skimming Stone, was exactly what we were looking for. 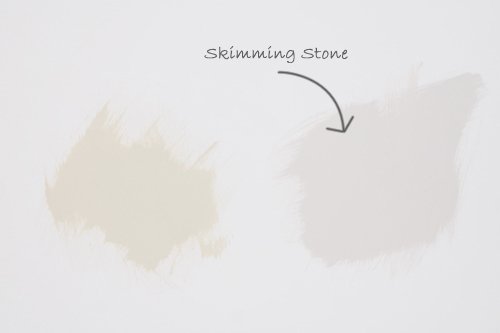 Because we had cracked the ceiling when installing extra loft insulation, we had to fill the crack and then repaint it. Also, we hadn’t done a great job when initially priming and painting the cornice, so that all needed to be repainted with white paint, too.

After a few hours of repainting the ceiling and cornice and cutting in (mainly by me) and lots of rolling (mainly by Jan) the room finally started to take shape. 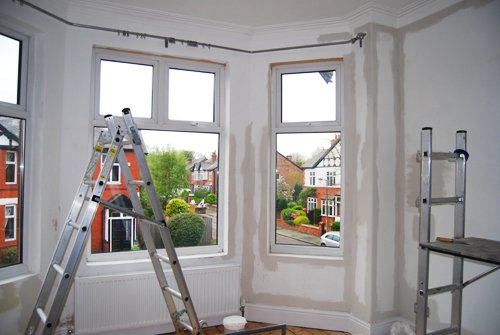 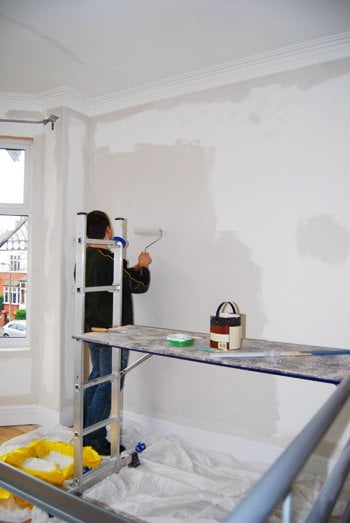 As we are keen to replace as many of the missing original features as possible, we decided to fit a new picture rail. As you can see, it has only been primed, and there is still a bit of filling and painting to do. But we both feel that it really makes a huge difference to the feel of the room. 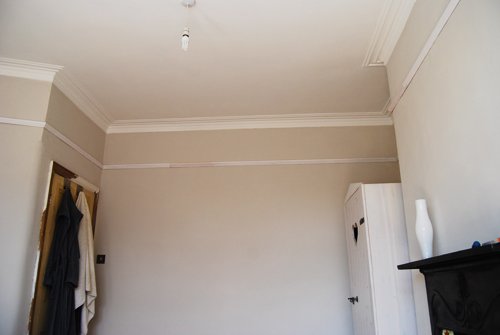 Most importantly, the awful mismatched curtains had to go. We found the new ones at Ikea and are really happy with how well they work. They obviously need shortening and we would also like sew some black out material behind them, as they do let quite a lot of light through. There is still quite a bit to do, but we are really happy with the result so far. 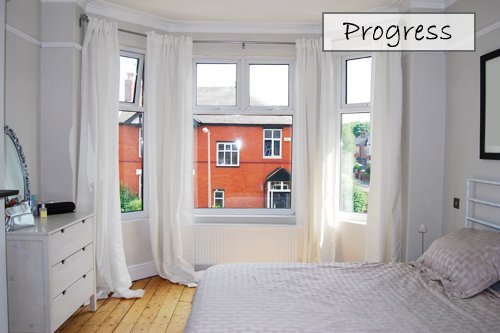 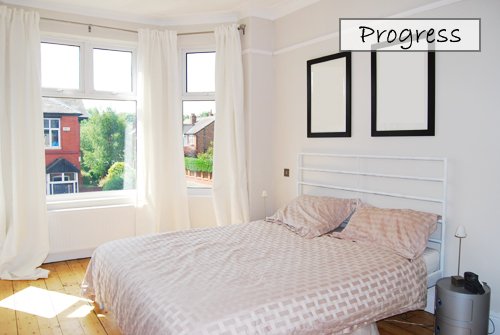 Here are the side by side before and after pictures for you:

There is still a bit to do, but we are really happy with the result so far. We love the contrast of  the dark picture frames over the bed, even if they don’t actually have anything in them – any ideas are more than welcome! We would also like a mirror over the fireplace and some kind of rug next to the bed. What do you think of our colour choice? Too boring?