Do you remember our totally realistic completely mental list of projects that we’d like to achieve this year?  Well, we’ve more or less ticked the first box on the long list – we have a new window in our guest bedroom! 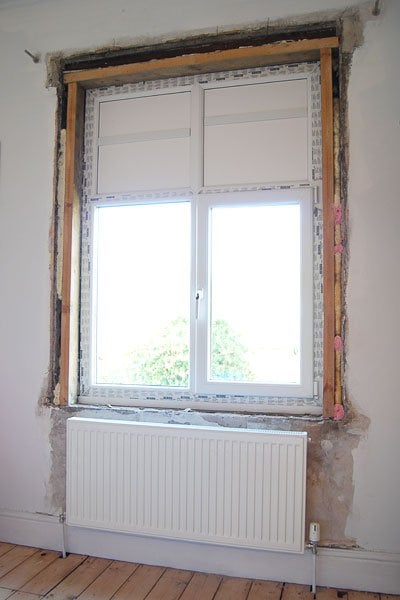 There’s obviously still some finishing off to do. The wall will need skimming & painting, we need a window sill and would also like to add some architrave around the window, but for now at least the biggest step is complete.

I have to admit, that having the windows installed stressed me out a bit. I try to be relaxed, but some trades people just have that careless feel about them that make me worry. Sadly this was confirmed when I heard a huge thud and realized that they had dropped one of the double glazing units from the old window down the stairs, pretty much wrecking 5 of the treads. To say that I’m not happy, after spending over 250 hours restoring our staircase, is probably a bit of an understatement.

Because of some delays due to making stained glass units, we still have temporary window boards in the two top lights, but hopefully the stained glass will be fitted this weekend. Although the filler boards aren’t large, we were really surprised at how much darker the room is because of them. Just that little bit of extra glass makes a huge difference!

As well as reinstating the stained glass, we’ve also changed the design of the window slightly. Instead of one large section at the bottom, we’ve now split the bottom half into two sections to match the sections at the top. They style of it is now more like it would have originally been.

The way the old window was designed was also a complete pain for me. 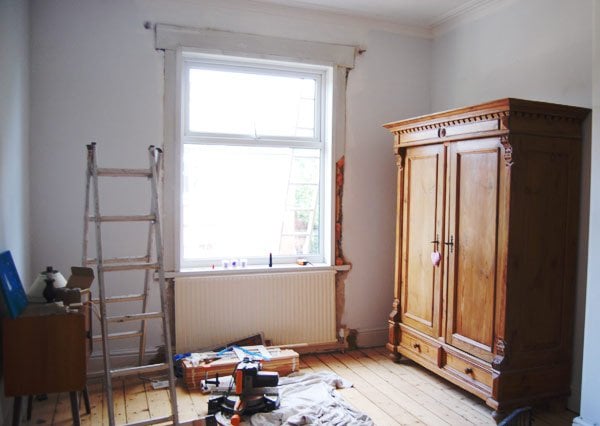 Only the top-light could be opened – and it opened outwards – which meant it was almost impossible for me to reach and be able to open and close it without climbing onto a chair. I know I’m short, but it was really just bad design. 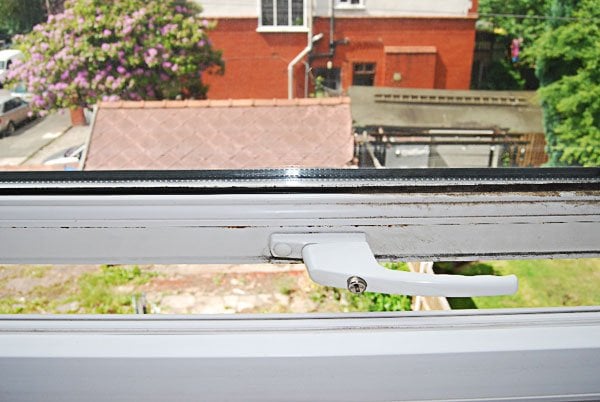 As with the other windows that we’ve already had renewed (in the living room & office) we opted for tilt and turn windows instead of the standard casement and awning type that you will usually find in the UK. For us it just makes so much more sense to be able to open a window inwards and more importantly be able to close it without having to hang halfway out of the opening. 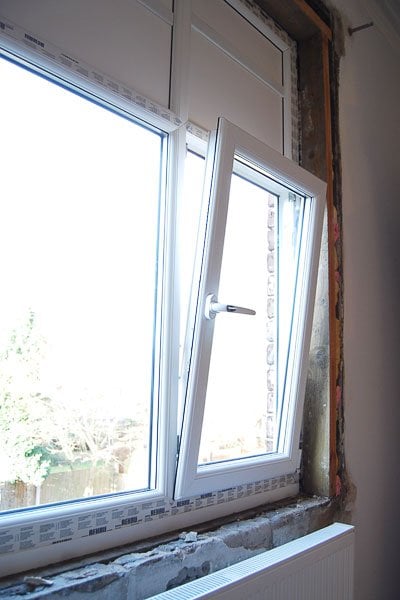 We also love that the window can just be tilted and doesn’t have to be either completely open or completely closed.

We still have a few more windows to go, but we’re slowly getting there. More importantly though, it means that we can completely finish our guest bedroom renovation!