I’m not sure why we’re suddenly so motivated and excited about getting a load of projects sorted, but unexpectedly we feel this rush of excitement and can’t wait to get started renovating our house again.

Trying to make the most of our new found enthusiasm, we finally gave ourselves a push and made a start on sorting our damp cellar. It’s one of the projects on our long to-do list for this year, but admittedly it’s also something we’ve been putting off as we know it’s going to be hard and messy work. 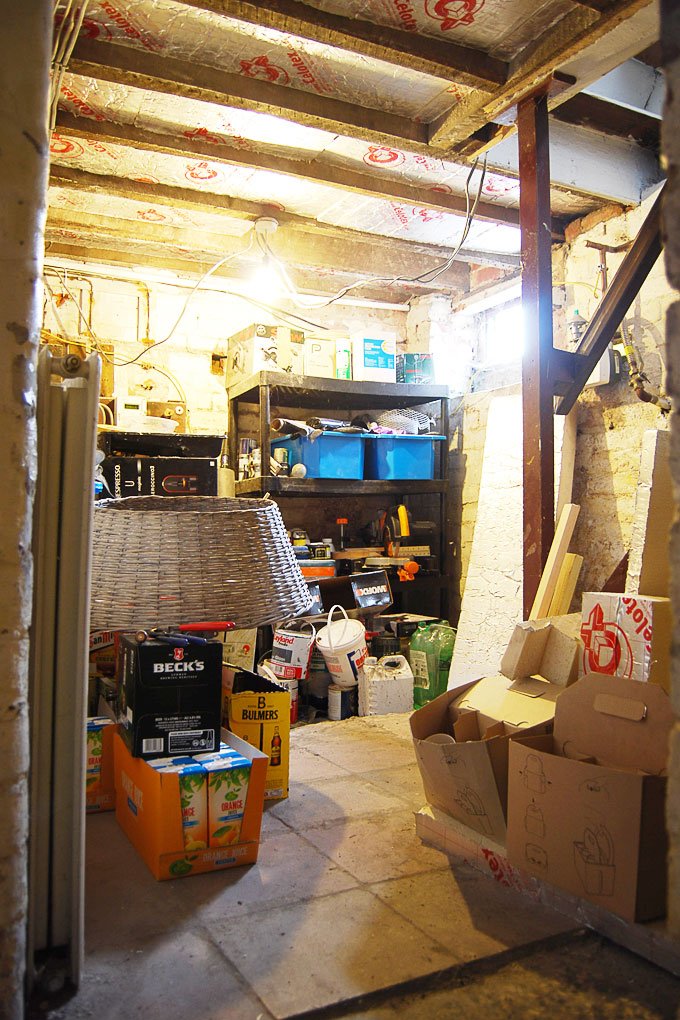 After what felt like days (it was probably more like 2 hours) of clearing out just half the cellar (where did all that stuff come from?!) it was time to make a start on removing the floor. 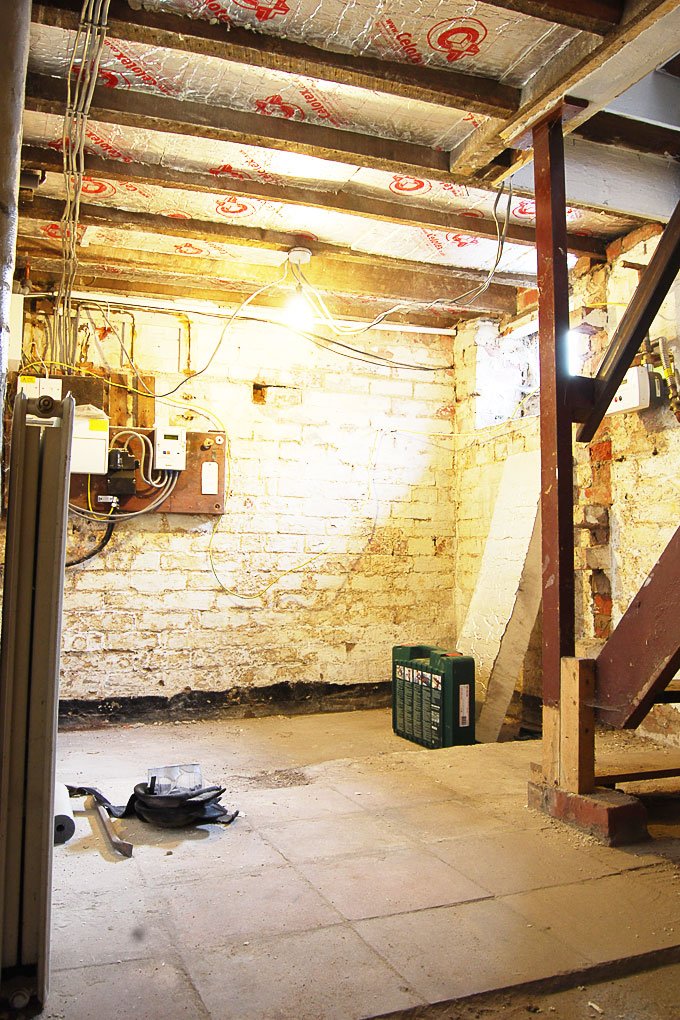 But instead of starting to sort out the damp issues, we decided to knock down a wall instead (we had a structural engineer check it first – don’t just go knocking down walls!).

Last year we already knocked down one of the other walls which really helped open the space and make it more usable, so we figured knocking down just one more wall will help to make the space work even better for us. More importantly though, it should make removing the old floor and laying a new damp proof membrane a bit easier.

Best of all, it gave Jan a chance to get out his hammer drill – knocking down walls is definitely his favourite part of renovating our house. 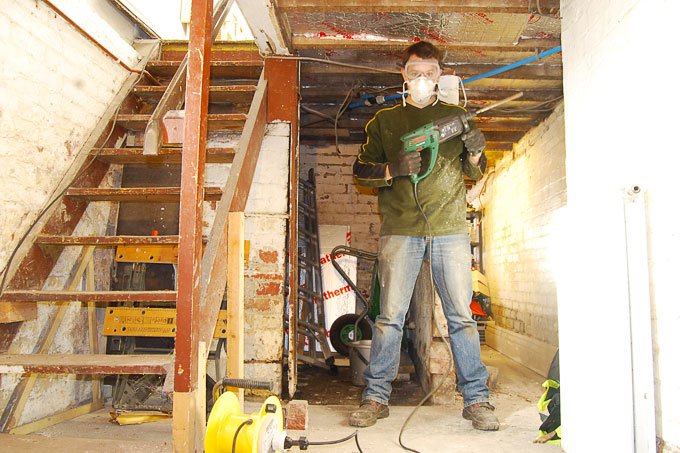 As usual, the actual knocking down part of the job was really quick & easy – it was literally just a matter of drilling into the joints, loosening the bricks and knocking everything down. Clearing all of the cellar first and removing all of the rubble afterwards was another matter. It’s amazing how much mess removing such a little wall can make.

As usual, sticking to just one project at a time  (we started taking our fourth bedroom to pieces last week) seems like something we just can’t do. Yes, it would make life easier and yes, it would mean that most of our house wouldn’t end up looking like this 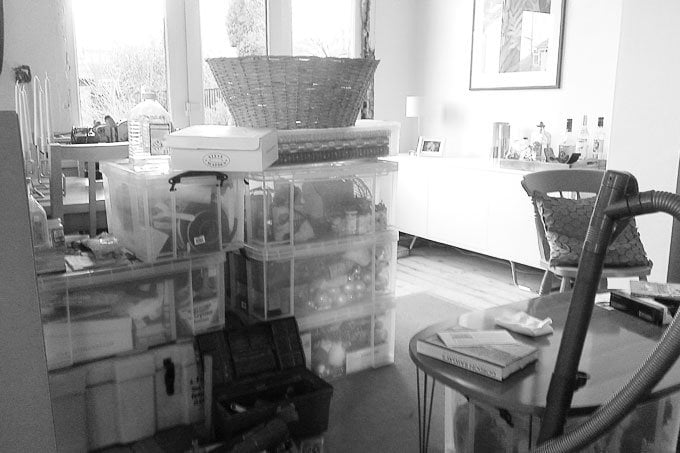 but living in such a ridiculous mess, is obviously motivating us to get the project completed as soon as possible. 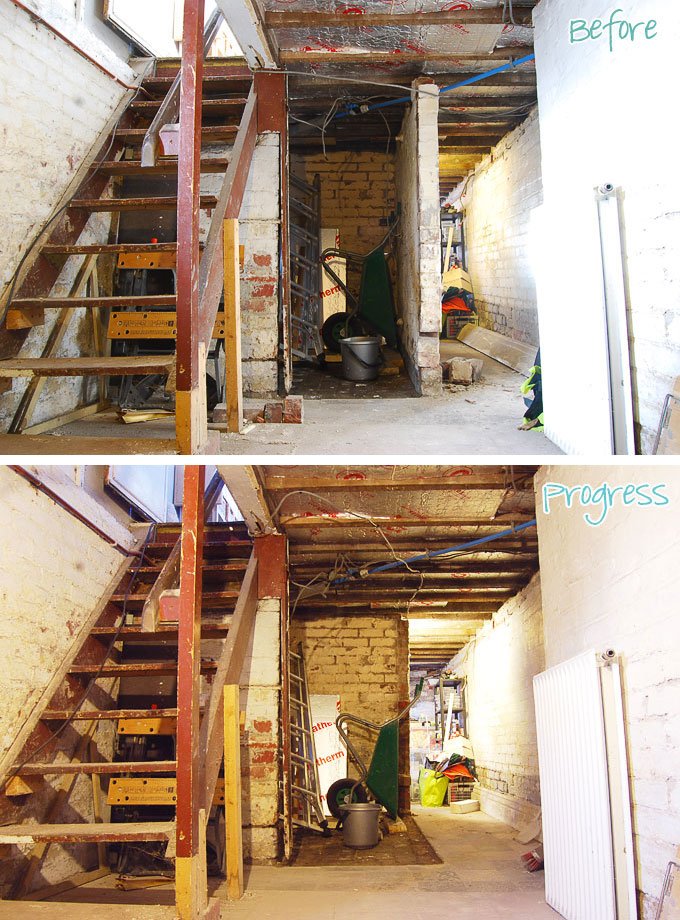 For now though, we’re really happy with the result. The space seems larger, but more importantly it’s much more usable than before. 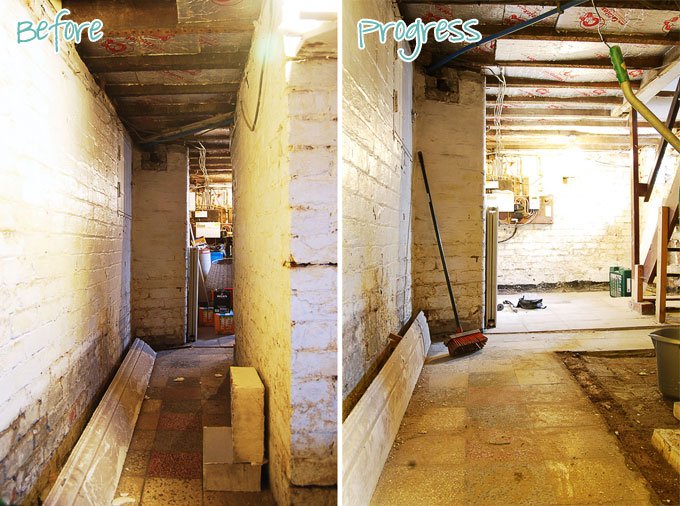 Whilst the cellar is still a damp mess, it already a much more pleasant space to be in. That’s probably a good thing, as the next jobs include cleaning the walls & removing the whole floor and if there’s one thing we can be sure of, it’s that its going to take a long time to get everything out of there.

Have you ever knocked down any walls in your home? Do you also prefer more open spaces?