It’s been an absolute whirlwind couple of weeks. We’ve been so busy that my head is still spinning. 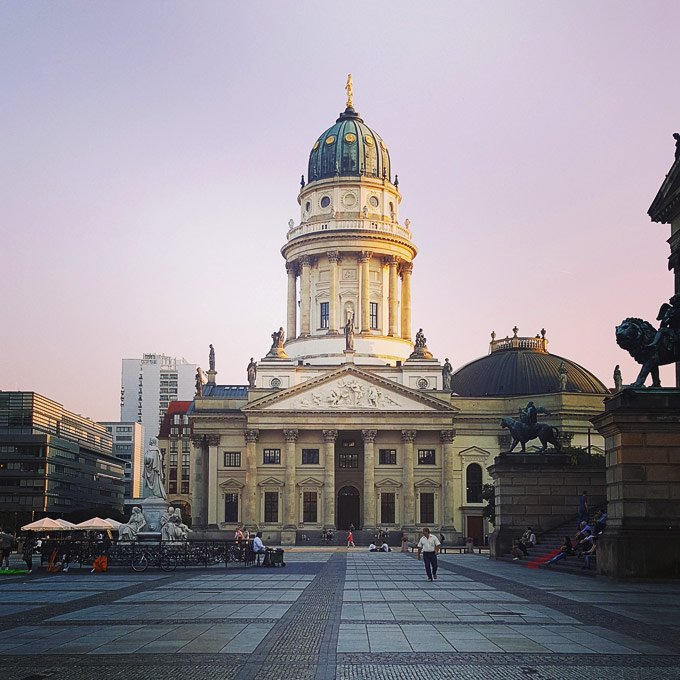 We arrived in Berlin at the end of last week and although we’re now firmly here it still all feels a bit surreal. The only time I’d ever visited Berlin (apart from the weekend where we were flat hunting) was on a quick city break with some friends a few years ago (you can read about it here) and even now I feel like a complete tourist. The fact that we now live here definitely hasn’t sunk in yet. 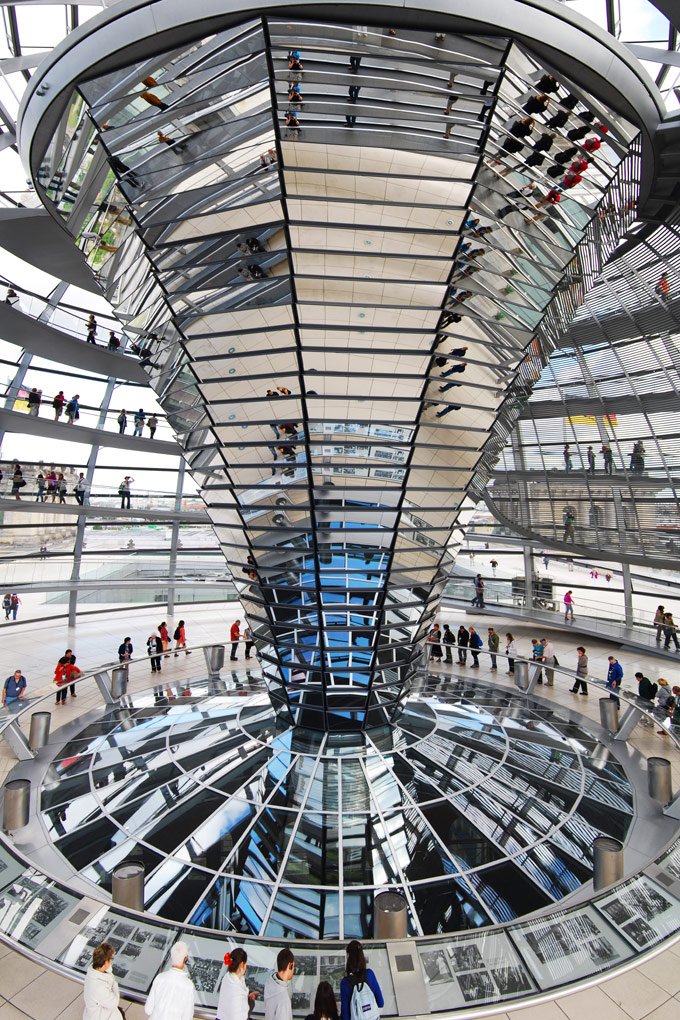 After packing and moving at the beginning of last week we flew out with two suitcases and a laptop and decided to spend the first few days in a hotel until all of our possessions and furniture arrive. If you follow us over on Instagram (I’m loving the new Instagram stories where we’re currently sharing the most updates) you’ll probably already have seen that’s not quite how things turned out. Yes, we spent the first night in a hotel but decided that we’d be better off buying an airbed and sleeping in our empty apartment (yes, the hotel was that bad). So that’s exactly what we did. 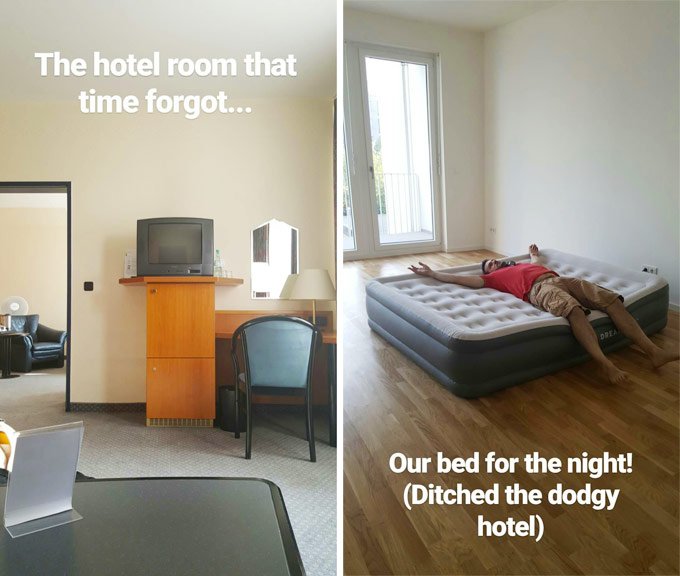 The obvious drawback is that we now have no furniture (I’m sat on the floor as I’m typing this), no internet, no kitchenware and it turns out that sleeping on an airbed isn’t amazing either. Hopefully, everything should arrive later this week (and more importantly our internet connection should be up and running then, too) but at least this gives me a chance to share our new and very empty apartment with you. 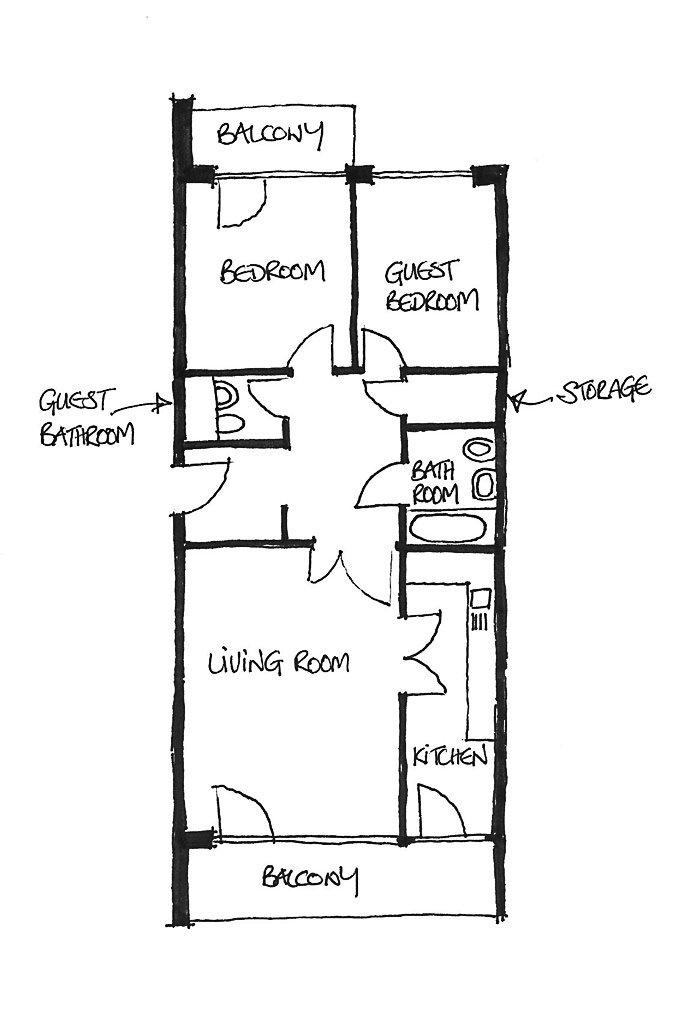 The apartment is located fairly central in Berlin. After initially viewing it we almost dismissed it as it wasn’t the area we wanted to be in and it was one of the smallest apartments we looked at. It’s also a fairly boring new-build but having said that it was easy. We’re the first people moving in so everything is still completely new, it has a kitchen (which most apartments in Germany don’t have!) and most of all it should be easy to move in to.

This is the view towards the front door. The hallway is really large (a bit of a waste if you ask me) and there will hopefully be enough space for all of our shoes and coats. 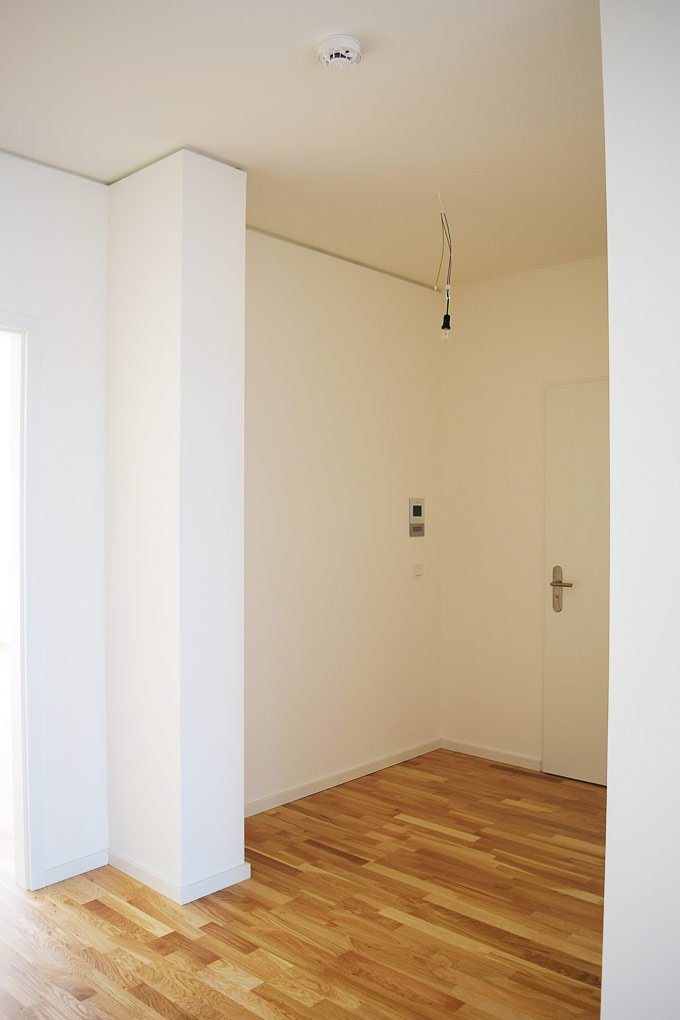 We have two bedrooms, one of which we’ll be using as an office/guest bedroom. 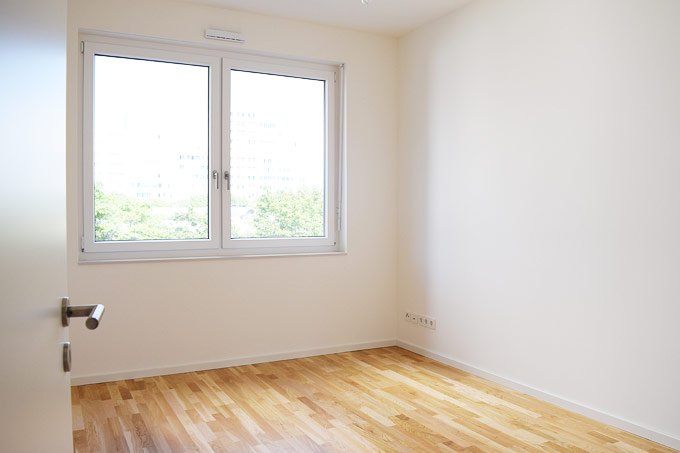 The other bedroom is slightly larger and has a small balcony. It’s probably the one we’ll be using as our bedroom. Both bedrooms aren’t huge but we figured that we’d rather have smaller bedrooms and a larger living space (we looked at another apartment in the same block of flats where the living space was much smaller). 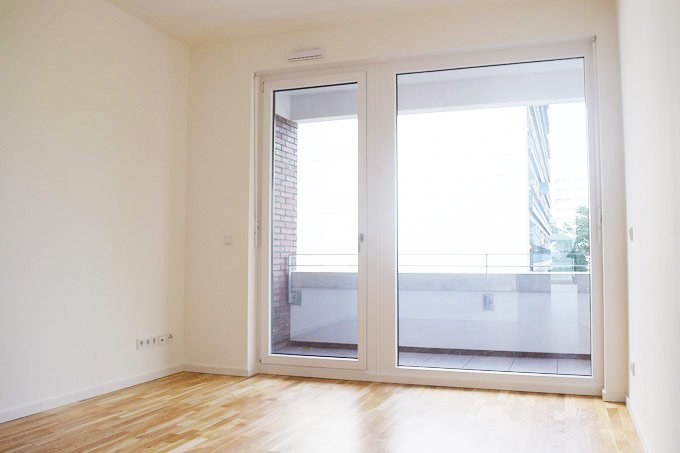 The living space is fairly generous with a balcony stretching the width of the apartment. One of the things that I really like is that the same flooring is used throughout all of the rooms (except of course in the bathrooms and kitchen). It definitely helps the rooms flow. 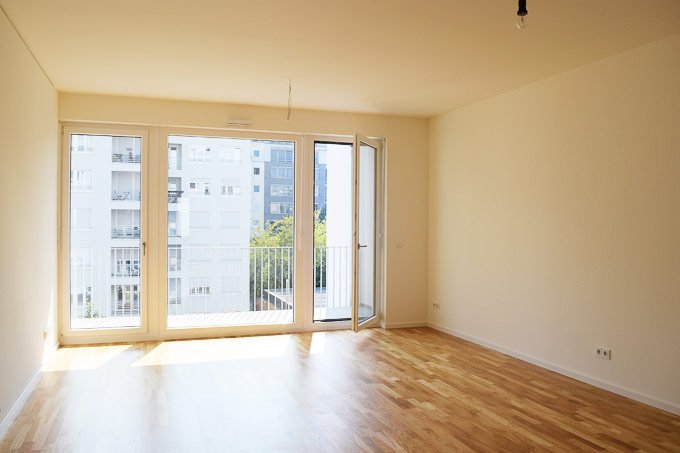 The kitchen is fairly narrow and not exactly huge but as I mentioned before it is new and clean. 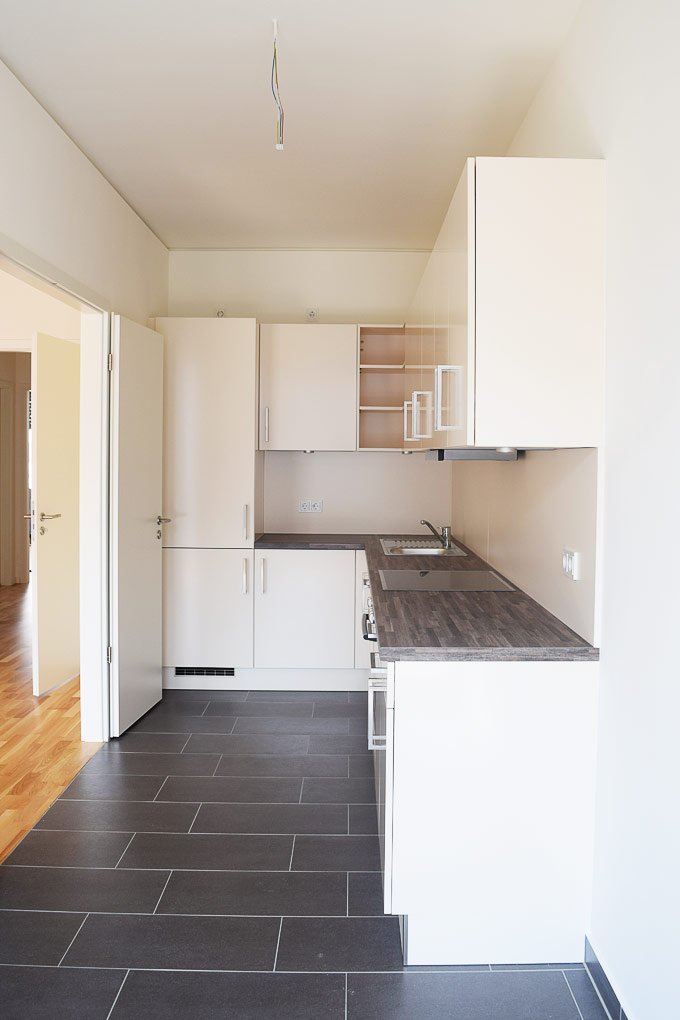 I would always prefer something more open plan but at least we have large double doors that we can leave open. I’m already itching to knock down the wall between the kitchen and living room – not sure we’d get our security deposit back then, though! 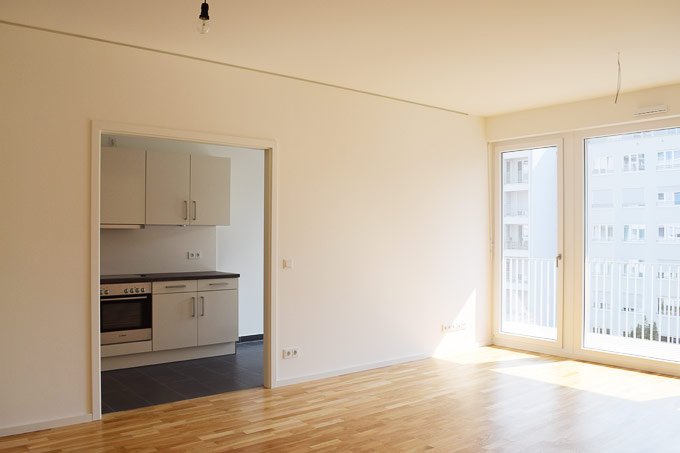 In addition to the mentioned rooms, we also have two bathrooms and a small utility room where we can fit the washing machine.

As you can see the apartment isn’t overly exciting and we’re probably going to have to get creative with storage solutions as it’s smaller than our house was. It’s definitely going to be a bit of a struggle to work out where things are going to go and what to do with all of our stuff!

Overall the apartment is totally fine for now though and although we both don’t particularly like the area or the apartment it’ll do for now. The plan is still to buy a doer-upper here in Berlin and I’ve already been searching (although we do need to get to know areas first). At the moment everything is so new and it still doesn’t really feel like we’ve arrived. Hopefully, things will feel more normal and more like home when our furniture is delivered.