The smallest room in our house is the third bedroom. It’s tiny. You can just about fit a single bed into it (and we only know this, because there was one in there when we viewed the house).

Although it is so small, it’s probably my favourite room in the house. It’s amazingly light because of the large south-facing window and, because we live on the corner, allows views down the whole road. It’s also the room that is most finished. We replaced the window, had the walls and ceiling re-plastered, the electrics renewed and had a new radiator fitted under the window. But let’s start from the beginning…

This is what the room looked like when we moved in. 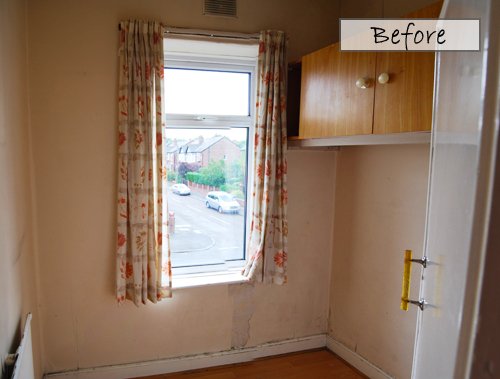 The laminate flooring was in a good condition, but as soon as we removed the built-in cabinet, we realized that the flooring had been laid around the cupboard. So we had to remove the laminate, too. 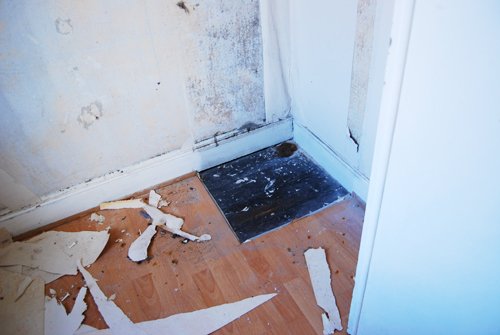 There was another surprise waiting for us behind the cupboard – mold. 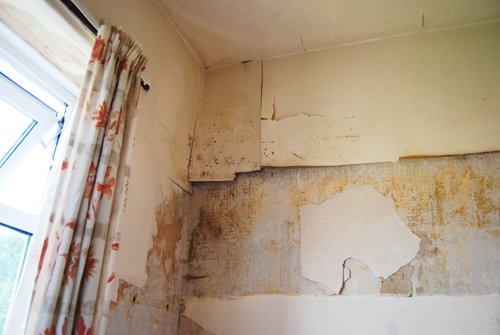 We removed the wallpaper and luckily, most of the mold came off with it. Then I cleaned the wall and ventilated the room. It is really important to ventilate your house, especially bedrooms.

Judging by the state of the window (the seals around the frame were stuck together), it obviously hadn’t been opened for a long while. The mold disappeared almost straight away and now, two years later there is still no sign of it.

Most of the plaster stayed on the wall, but in general it was in a poor condition so we had to have it re-plastered. 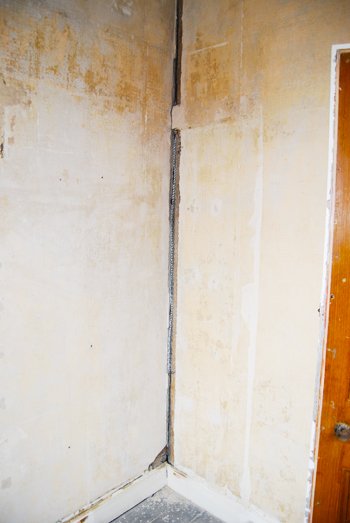 And here is the new window with stained glass panels. You can see, that we have also had a new radiator fitted. 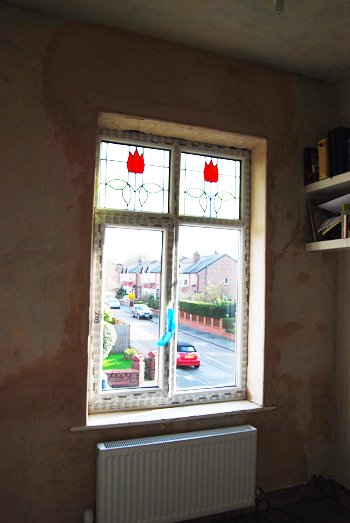 After loads more work including having the floorboards sanded, fitting the picture rail, painting the room, reversing the door (so that it opens towards the wall and not into the room), stripping, sanding and painting the skirting boards and fitting new trim around the window this is what the office looks like now: 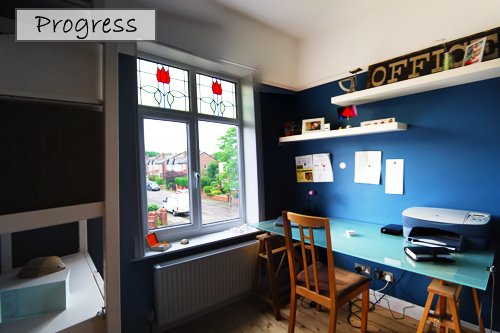 It’s the most daring colour choice we have ever made, but we think it works well because we haven’t painted all the way up to the ceiling and because the room is so light.

The small space is much more usable, now that the door doesn’t open into the room. There are still a few things that need finishing off, but we are almost there. We need a proper office chair (we are using one of our dining room chairs at the moment) and would like some sort of storage solution under the desk.