Having shared how we got on with our 2014 projects, it’s now time we looked to the future. After all there’s no point dwelling on things – especially things that haven’t happened and this year we’re planning on getting things done! We’re going to try to give ourselves a huge push and really tick every box on this list. Yep, it’s ambitious – some might say impossible – but we’re going to try our best! 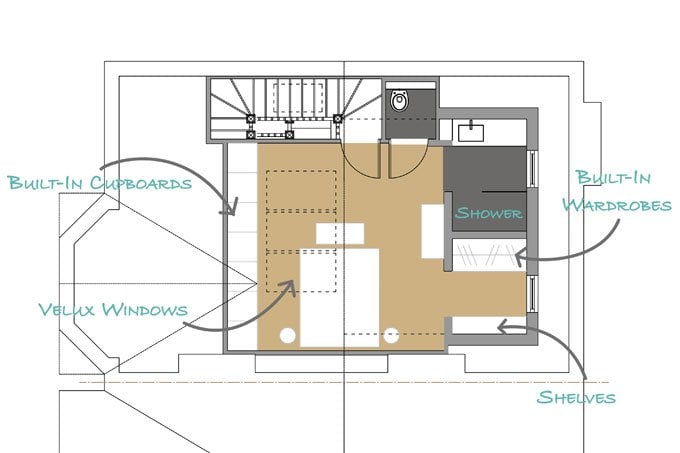 Yep, we just keep dragging this project from year to year. Hopefully this time we’ll actually get it done. It’s been almost impossible to get a good builder, but hopefully work will start in May. (You can read more about our plans here.) 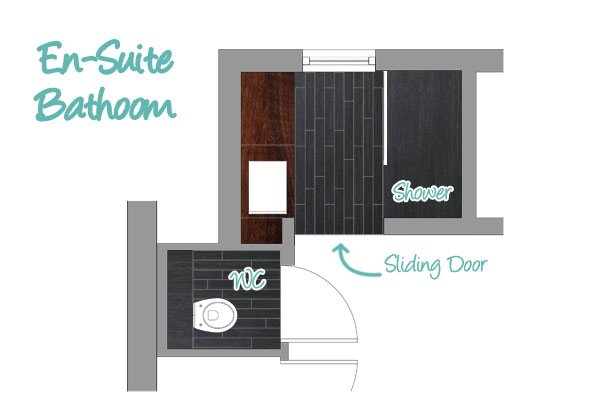 A new en-suite is part of the loft conversion, but as it’s such a huge undertaking we’ve decided that it deserves it’s on spot on our to-do list. When we finally have this bathroom sorted, we can then also finally move on to replacing our main bathroom. 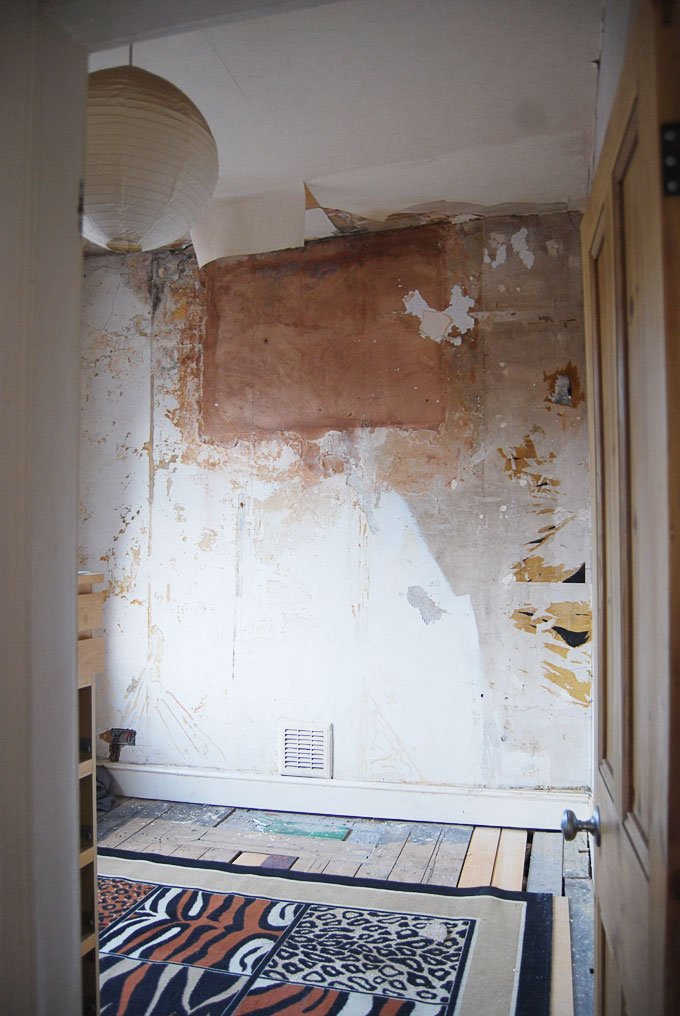 This is what our fourth bedroom looks like today. Since moving into our home over 4 years ago, it’s pretty much stayed untouched. Hopefully not for much longer though! For such a small room, the to-do list is surprisingly long. New window, move boiler, replaster, new floor… Hopefully this will be one of the first projects that we tackle this year. 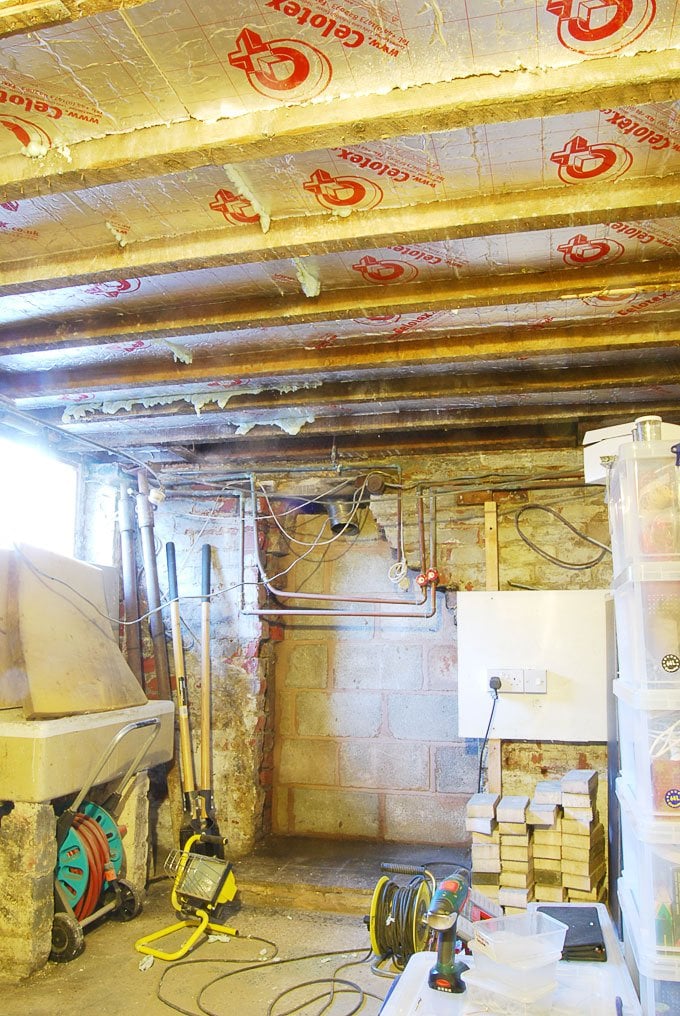 This is hopefully going to be one another of the first projects of the year. In a house that’s over 100 years old, it’s almost inevitable that there are a few damp issues in the cellar, but luckily it doesn’t seem to be anything that’s too bad. The main issue for us, is that the floor is in a really awful state and one of the cellar rooms doesn’t really even have one! We’re of course planning on sorting the problem areas (including potentially laying a new floor) but it would be nice if the cellar looked a bit tidier, cleaner and in general just bit better, too. 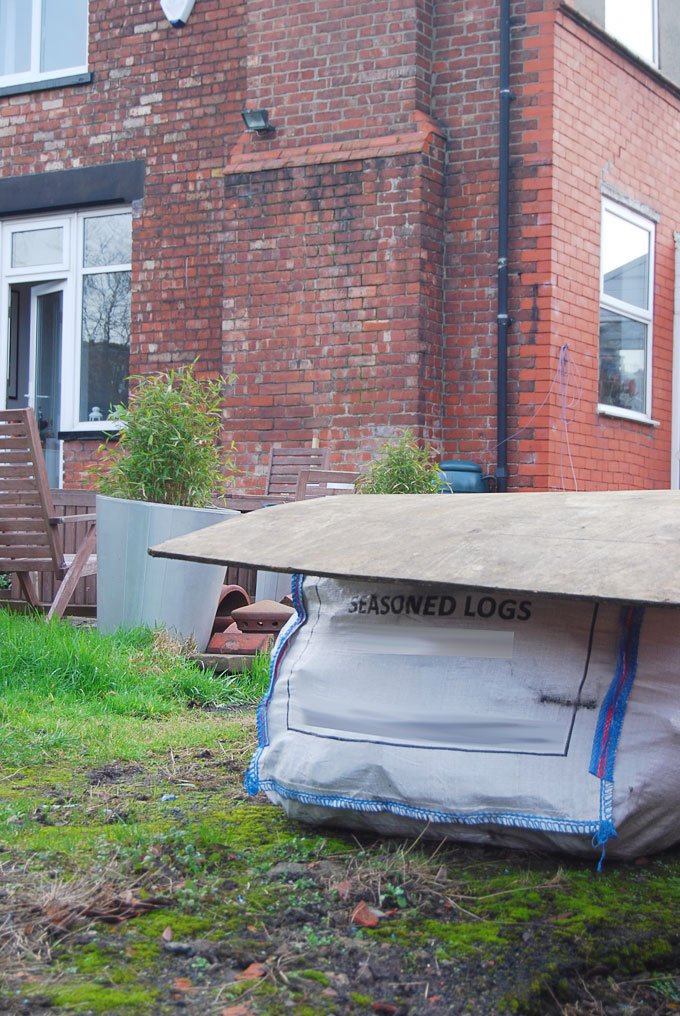 Okay, this is a tiny project compared to the rest we have on our list, but it is still something we’ve meaning to do for a while. Having had our log burner installed a while back, we now have bulk log deliveries once a year, which in our case just end up staying in the big backs that they get delivered in. To say that it’s not an ideal situation is a bit of an understatement. The only reason we’ve not built a log store yet, is that we can’t agree on a design, so if you have any recommendation or inspiration for us, we’d love to hear it! 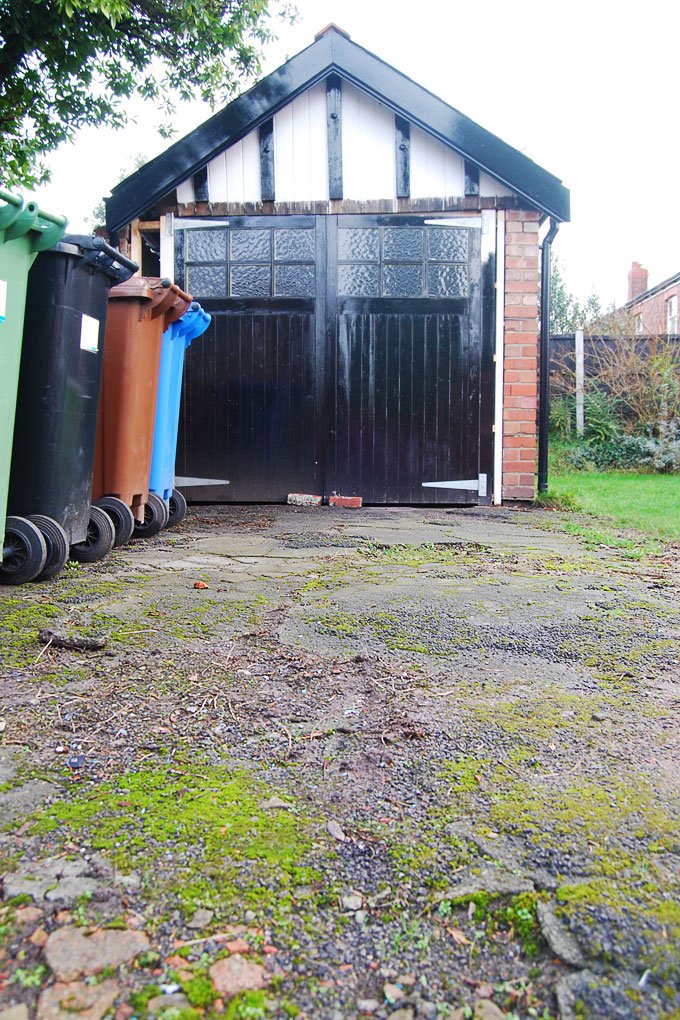 Having replaced our garage roof and garage door last year, the next logical step is to sort the awful driveway in front of the garage. Currently it’s messy and broken asphalt, so anything that we do is going to be an improvement on what’s currently there. We’re leaning towards a gravel drive at the moment, as it seems easiest to do, but still looks good. 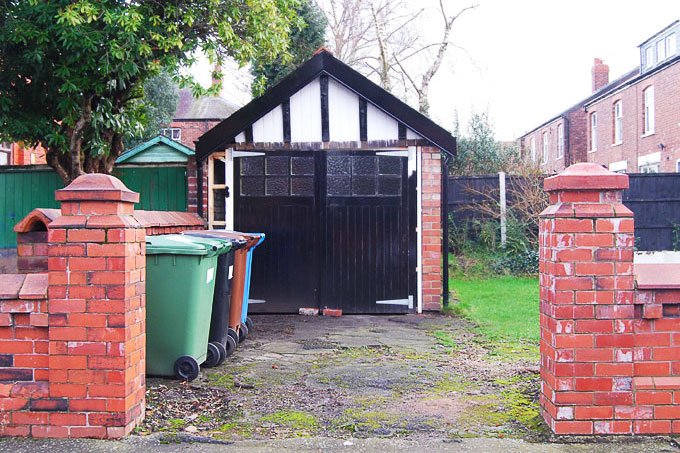 With a (hopefully) new driveway, we should probably completely finish the project and add a new gate, too. When we had our wall and gatepost rebuilt a while back, we inevitably removed the horrible old gate that was there previously, but since then just haven’t bothered to install something new. Oh and yes, we still need to finish adding the decorative woodwork and side panels to the garage which will hopefully happen as soon as it’s a bit warmer outside. 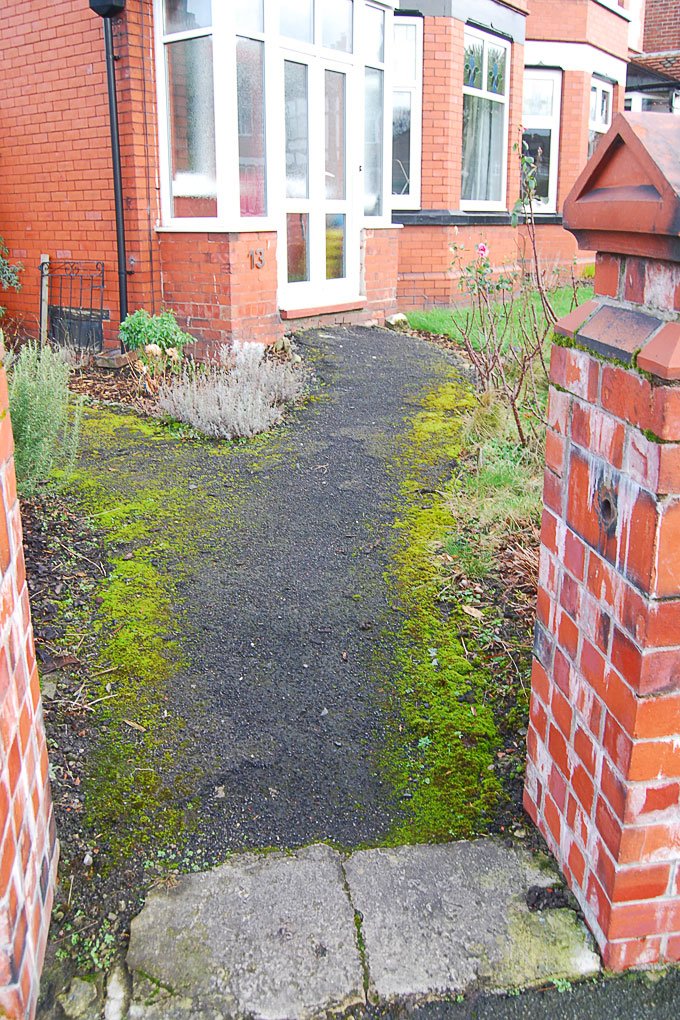 Another outdoor project we’d like to tackle is replacing the horrible garden path at the front of our house. Like in the rest of the garden, it’s a badly laid asphalt surface and it’s literally dissolving. Every time we walk along it to reach the front door, we end up dragging a load of little stones into the house. Everyone knows that first impressions are important, so a new garden path would definitely up the curb appeal of our home, we’re just not sure if we can replace the path without replacing the front porch first. Like so many other things in and around our home, it desperately needs sorting, but it’s surprisingly expensive to have done. 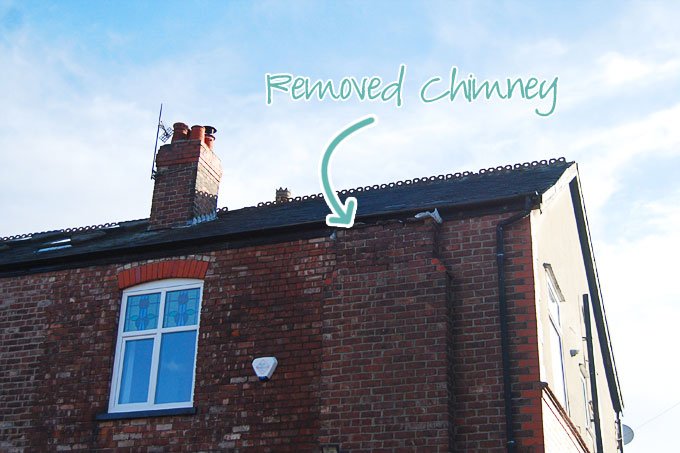 Yep, this was on last year’s list. It’s really not the most exciting of projects, but we’ll hopefully we’ll manage to get it done in conjunction with the loft conversion this year. 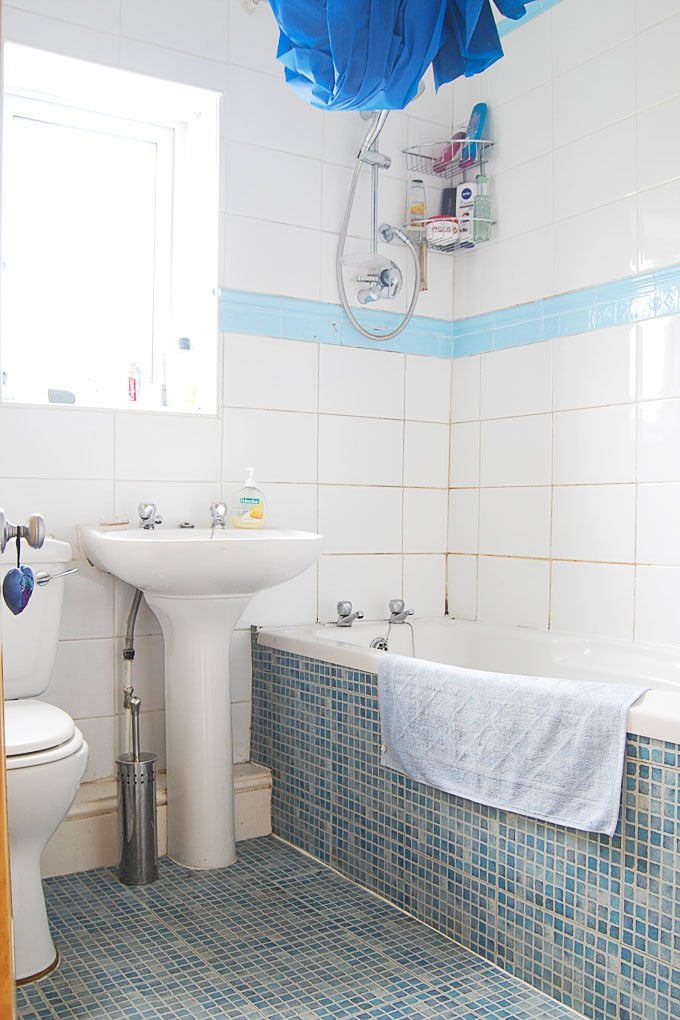 Whilst a new bathroom is high on our wish list, it’s another one of the projects that can also only happen after we’ve converted the loft. Some of the new plumbing and heating for the loft will run through the bathroom and the way that the new staircase up to the loft has to be configured, means that it will also have to chop into the bathroom ceiling slightly. In general it’s not a big deal, but it means that there’s no point sorting the bathroom first.

Do you have any exciting projects planned for 2015? Is your list as long as ours? Our “must complete” project is of course converting our loft, what’s yours?