With a long list of smaller projects either planned or still needing to be finished in our guest bedroom, this weekend was planned completely planned up well in advance.

We’d planned to tick at least 2 of the boxes, but as usual around here, things turned out completely different! (I’m not sure we even set foot in the room once!)

To be fair, we had a good reason – the sun was shining! Okay, so some of you may think that’s a bad excuse, but you’ll just have to believe me when I say that the weather has been so awful here just lately, that we pretty much had no choice to drop everything and spend some time outside in the fresh air and sunshine.

Don’t worry though, it’s not as if we did nothing while we were outside enjoying the sun. As you already know, out garden is a complete disaster zone. Between the weeds, dead plants and dissolving asphalt, we’re in the middle of taking down the garden wall (only to rebuild it later) and have now started to take down the little wall on the other side of the garden, too. 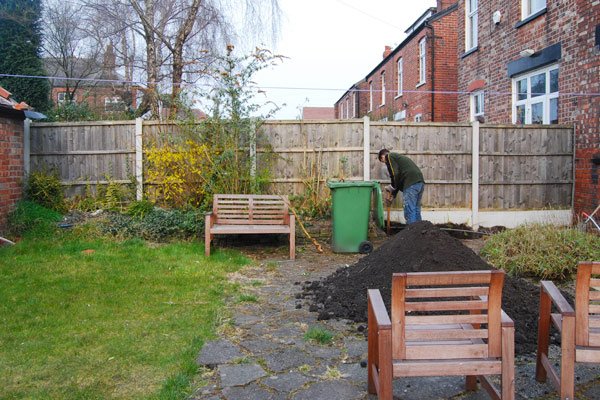 We actually started this project well over a month ago, but with the weather being so bad, we just couldn’t motivate ourselves to carry on.

The wall itself is easy to take down. The stones are quite heavy, but they are just laid on top of each other, without any mortar holding them together. We’re planning to build a new (and more stable) raised bed, which we’ll then fill with some pretty plants. 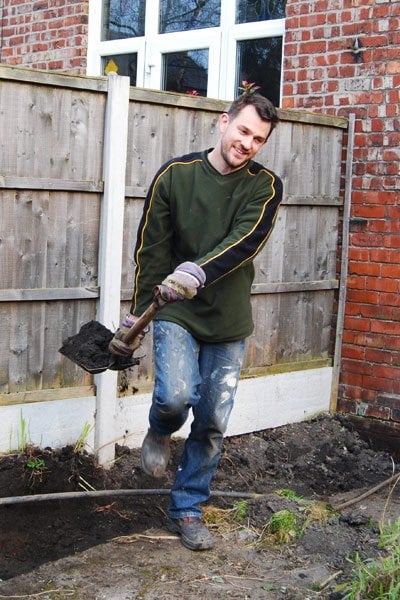 A few months ago we painted the fence in the front garden (read more about it here), but never got round to painting the back of it.

It’s now gone from this 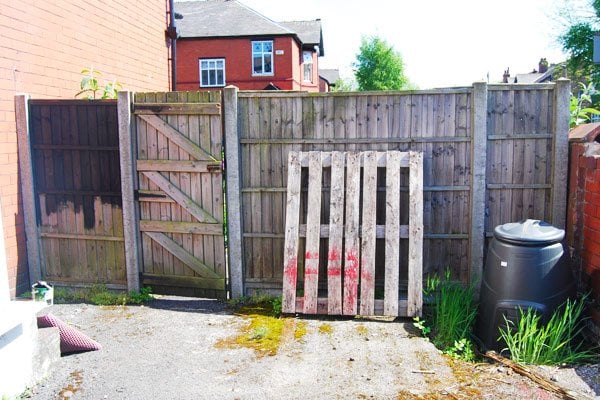 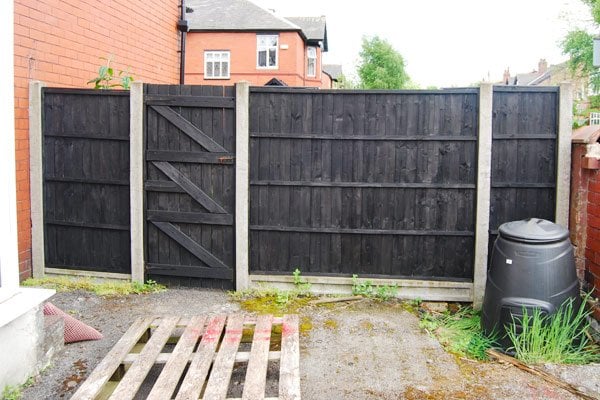 And we also finally got round to painting the fence in our back garden, too. (Remember to talk to your neighbours before painting your fence – it may not be yours to paint). It’s one of the most daring colour choices that we’ve made so far, but we think the dark fence will be a great backdrop to show of our luscious green plants. 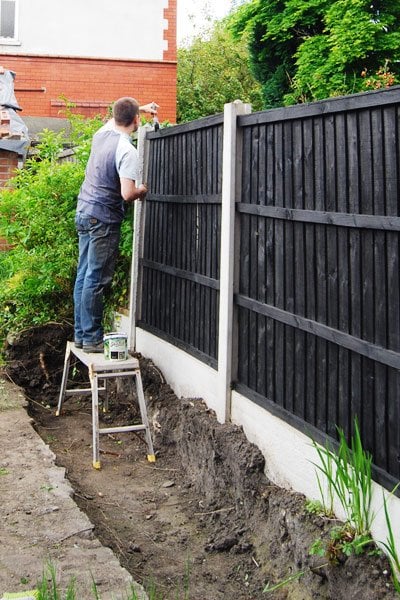 It never ceases to amaze us, how a few hours of work and a bit of paint can make such a huge difference.

Here of course are our before and after shots. 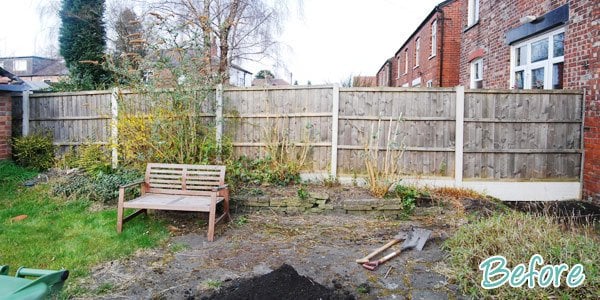 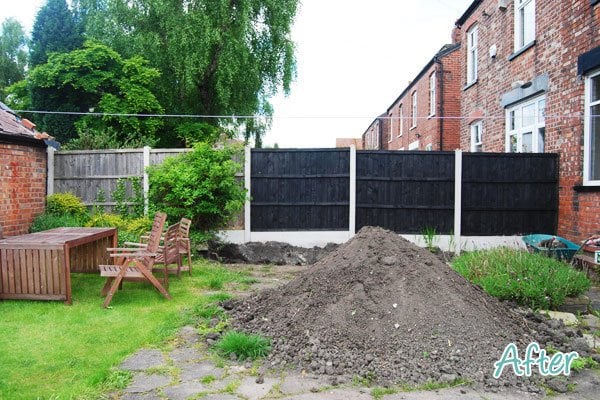 We’re not quite finished yet, but it’s definitely already a huge improvement.

What were you up to this weekend? We’re still not sure which plants to choose. Do you have any suggestions?