Some of us are blessed with being creative and imaginative types, some of us just aren’t. Basically what we are saying is – if you can’t think of an idea yourself, just borrow one!

We’re always on the lookout for organizing tips and ideas and while recently browsing the web, we found this really clever organizing idea.

Of course we were quick to make our own version and decided our little office would be a great place for some extra organized storage.

This weekend, in between restoring our staircase, we made our own version of the memo board.

It was really easy and quick to do, and even better, it only cost £1 for the cord. The biggest job was actually moving the desk so that we could get to the wall.

To start with we worked out the size we wanted the board to be and then stuck some masking tape on the wall so that we could draw the measurements onto the tape without having to draw all over the wall. 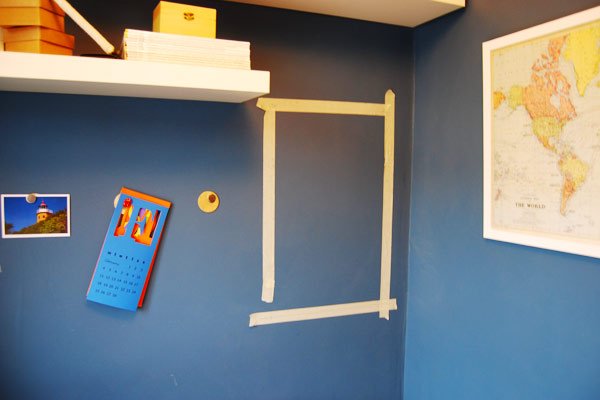 Then Jan hammered some nails into the wall. We used some clout nails that we already had lying around. 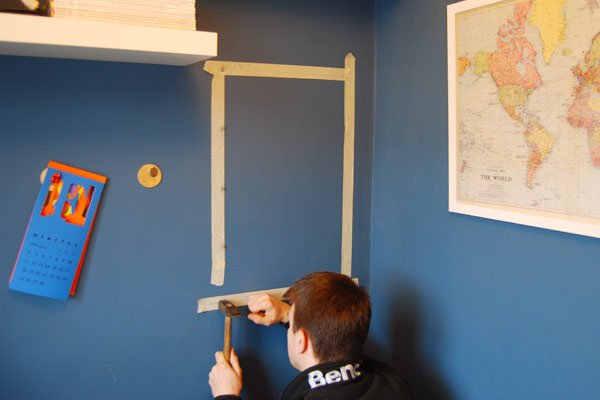 They have a nice large head to that the cord won’t slip off the tip. Then you can just remove the tape and are left with two neat rows of nails. 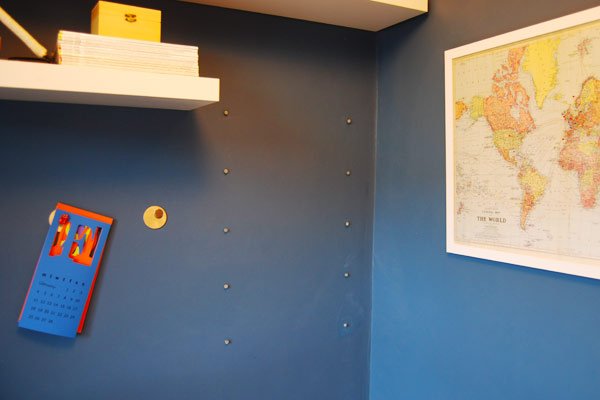 The final step it to attach the cord. We played around with a pattern and eventually decided on this one. 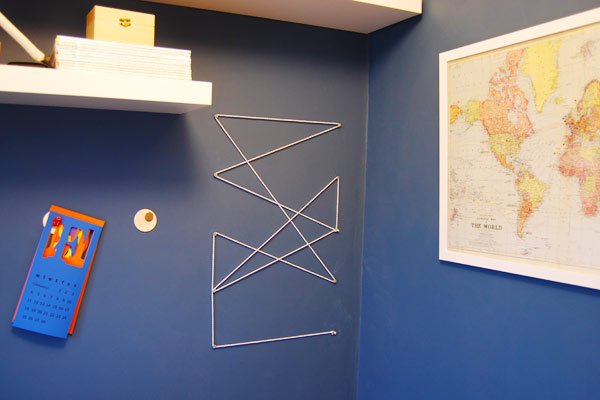 We just use bulldog clips to attach pictures, notes, etc. Where the cord crosses over we don’t even need to use clips, as we can just slot notes between the cord. 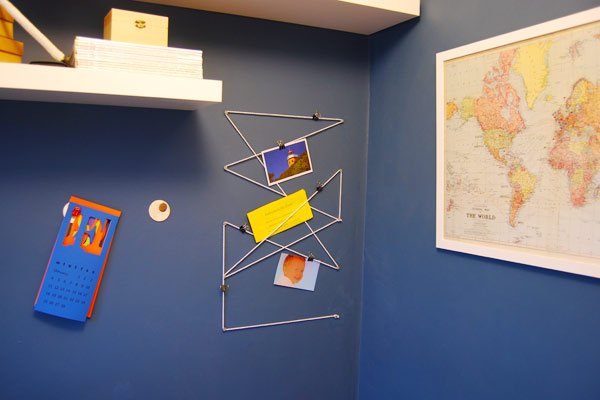 I love being organised and this little memo board will hopefully help keep bits and pieces sorted. It’ll also be a great place to display photos and mementos.

Do you have a special way of displaying personal items?