Do you have something that’s been on your wishlist for as long as you can remember? For me, it’s a hammock. I have no idea why but even as a child I was obsessed with having one.

Well, I finally do! But it’s not what or rather where you’re expecting. 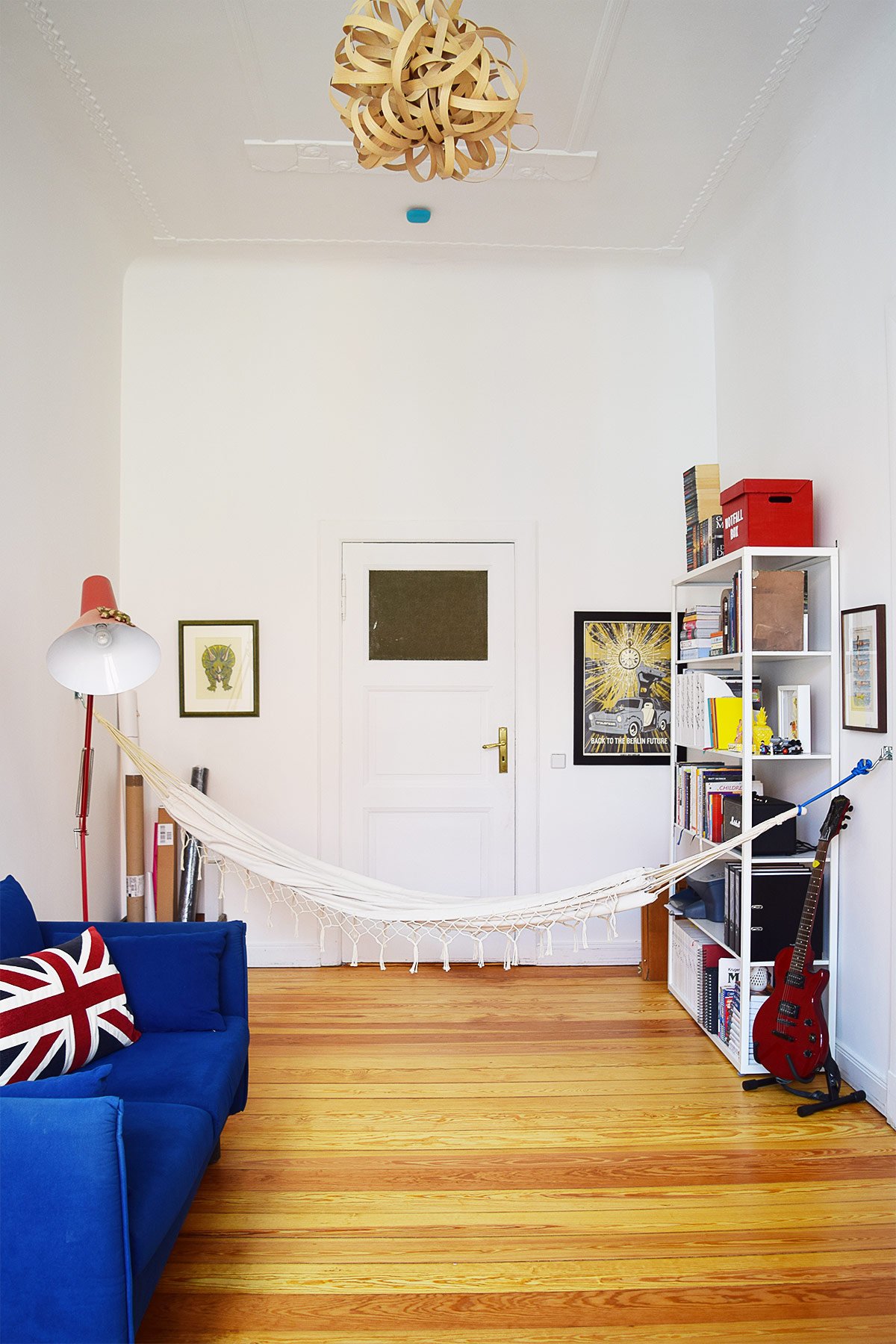 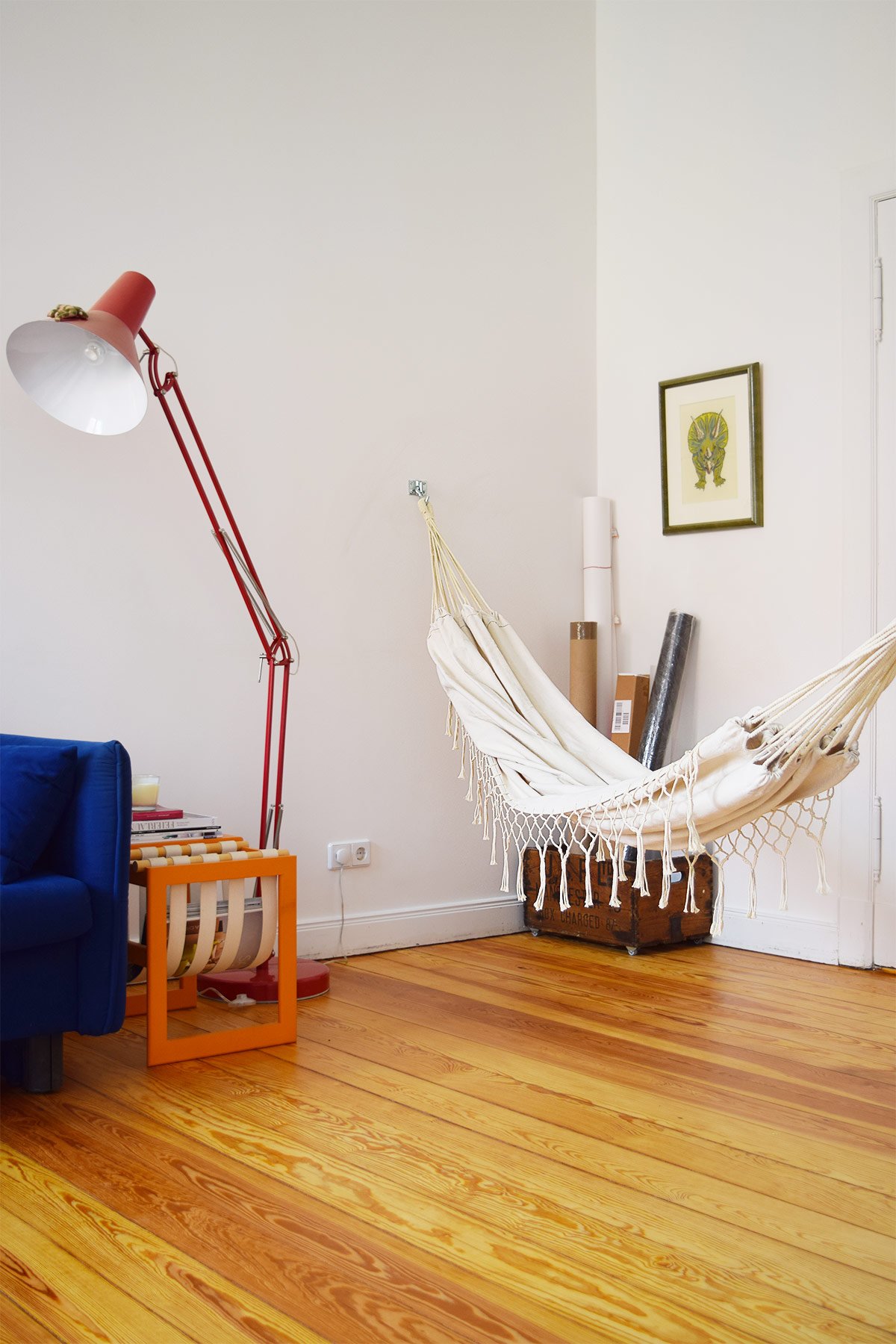 I mean, who ever said that hammocks are just for outdoors?

I know that it seems a bit bonkers but I love it! If there are no new blog posts around here for a while it’s probably because I’ve fallen asleep while relaxing in my new hammock (if I ever manage to kick Jan out of it that is)! 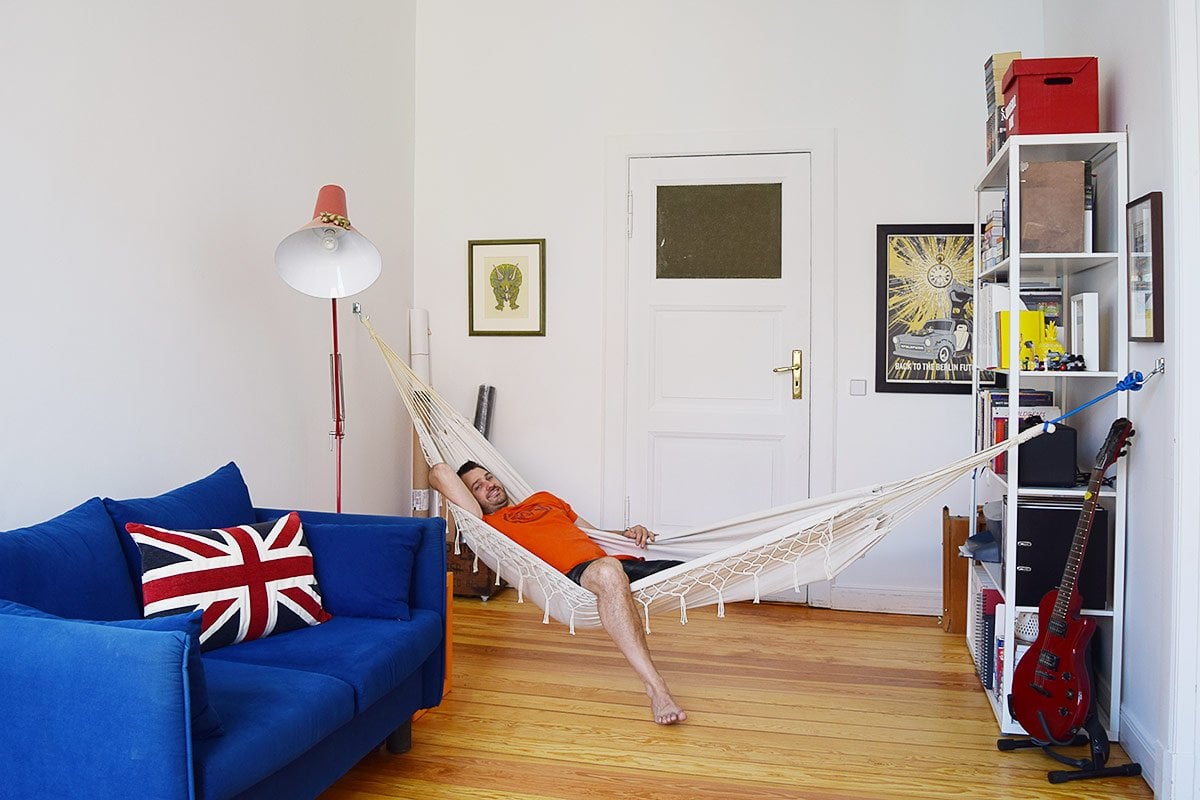 In an ideal world, I would have loved a hammock on our balcony and I even included a fun colourful one on our balcony mood board but if you caught our finished balcony makeover reveal you would have noticed that the hammock didn’t make it. The space was just a bit too small and whilst I could have probably squished one on there it would have meant compromising in other areas and if you’ve been following us for a while you’ll already know that compromise isn’t a word I like to use. Ever. 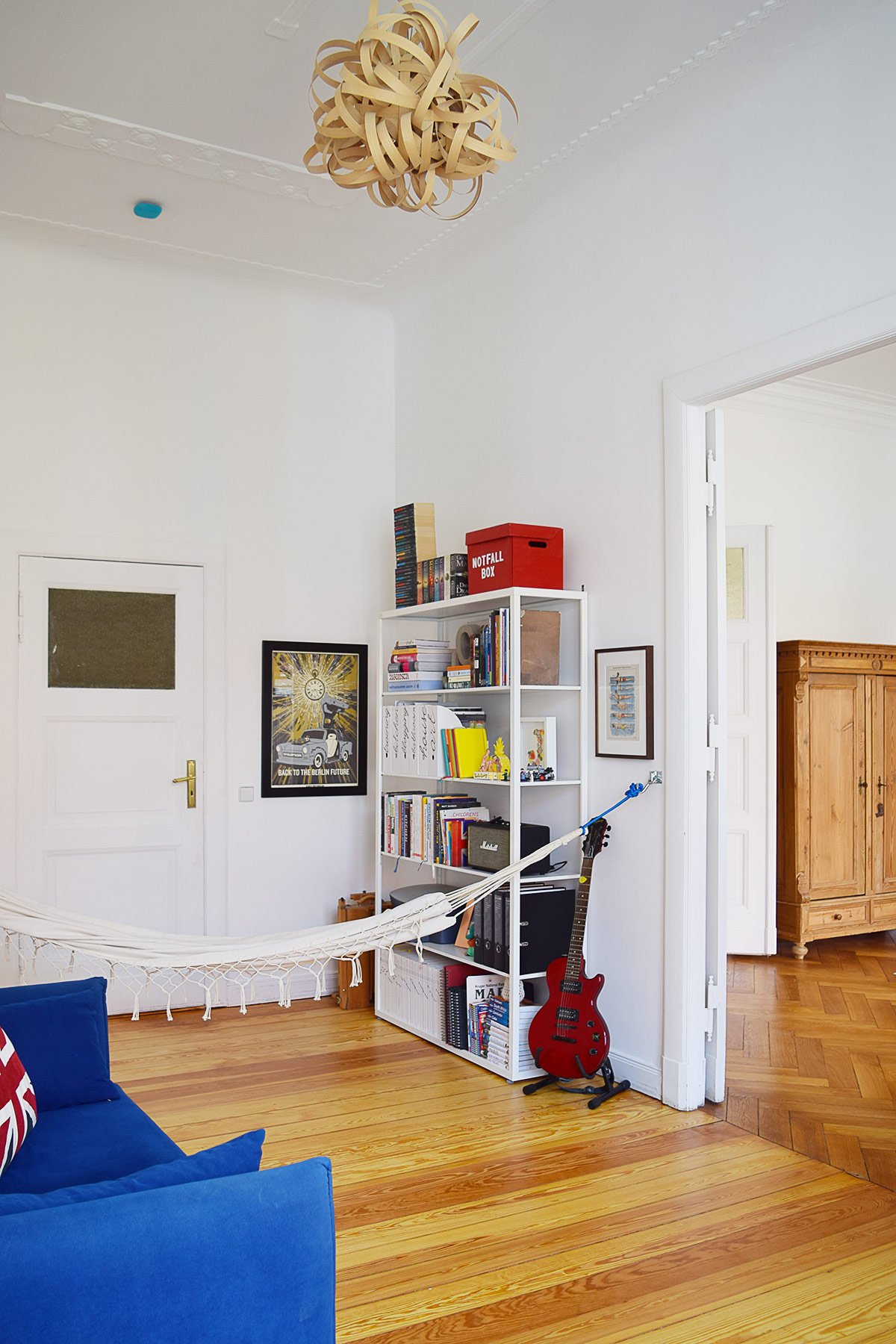 As you can see, we’ve rejigged the furniture a bit, too. After sanding and oiling our floors the rooms were all inevitably completely empty and it gave us a chance to reconsider the best layout options.

The shelves used to be in the living room but I never really liked them in there. They work really well in our office though and although they may not be super styled and pretty, they are really useful for everyday office-y stuff. We also have a huge update planned for the living room which will hopefully give us more storage than we could possibly ever need. We’re still in the planning stages but will share more as soon as we have some more details sorted. 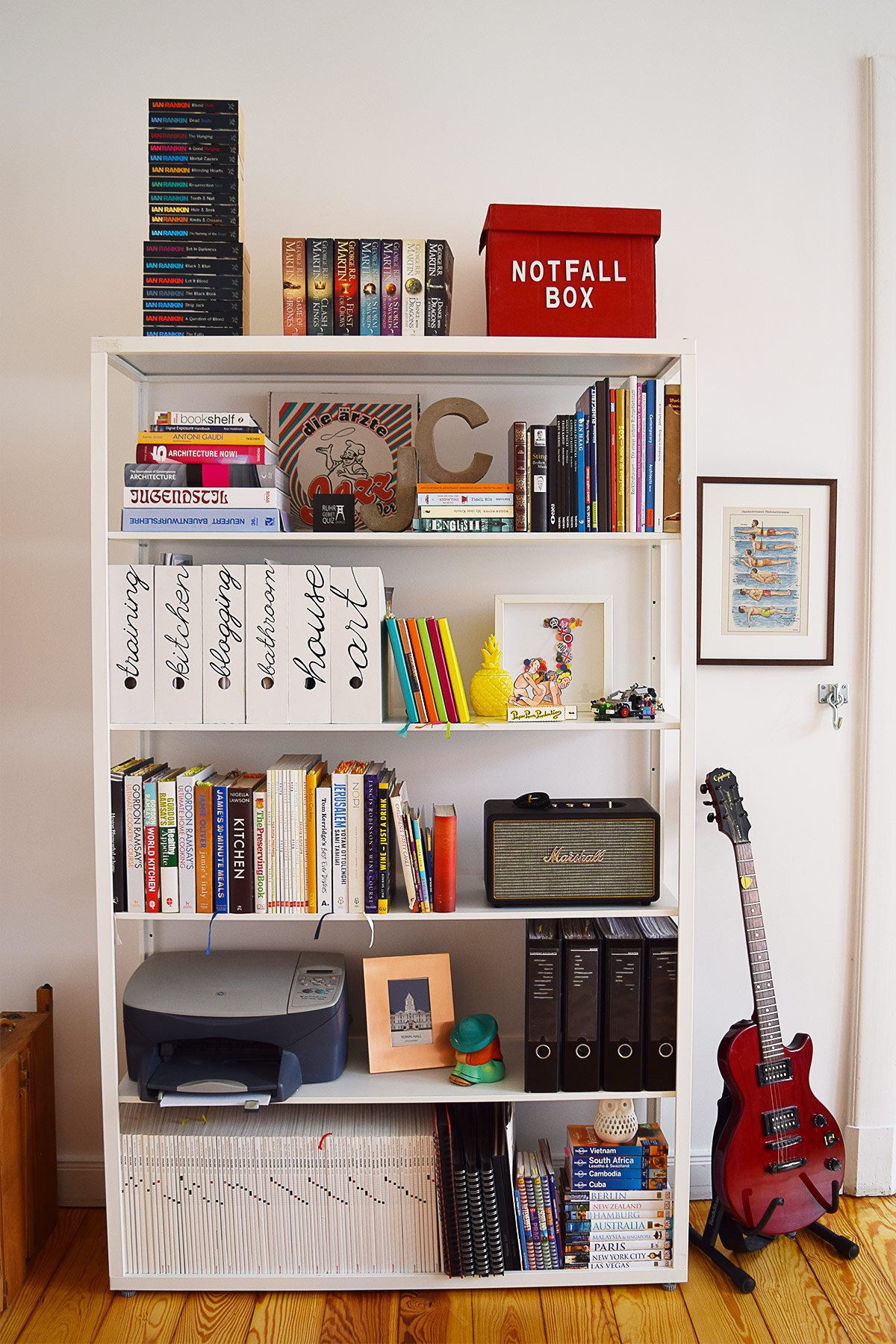 We also moved the Esavian chest of drawers from the dining room into the corner behind my desk. 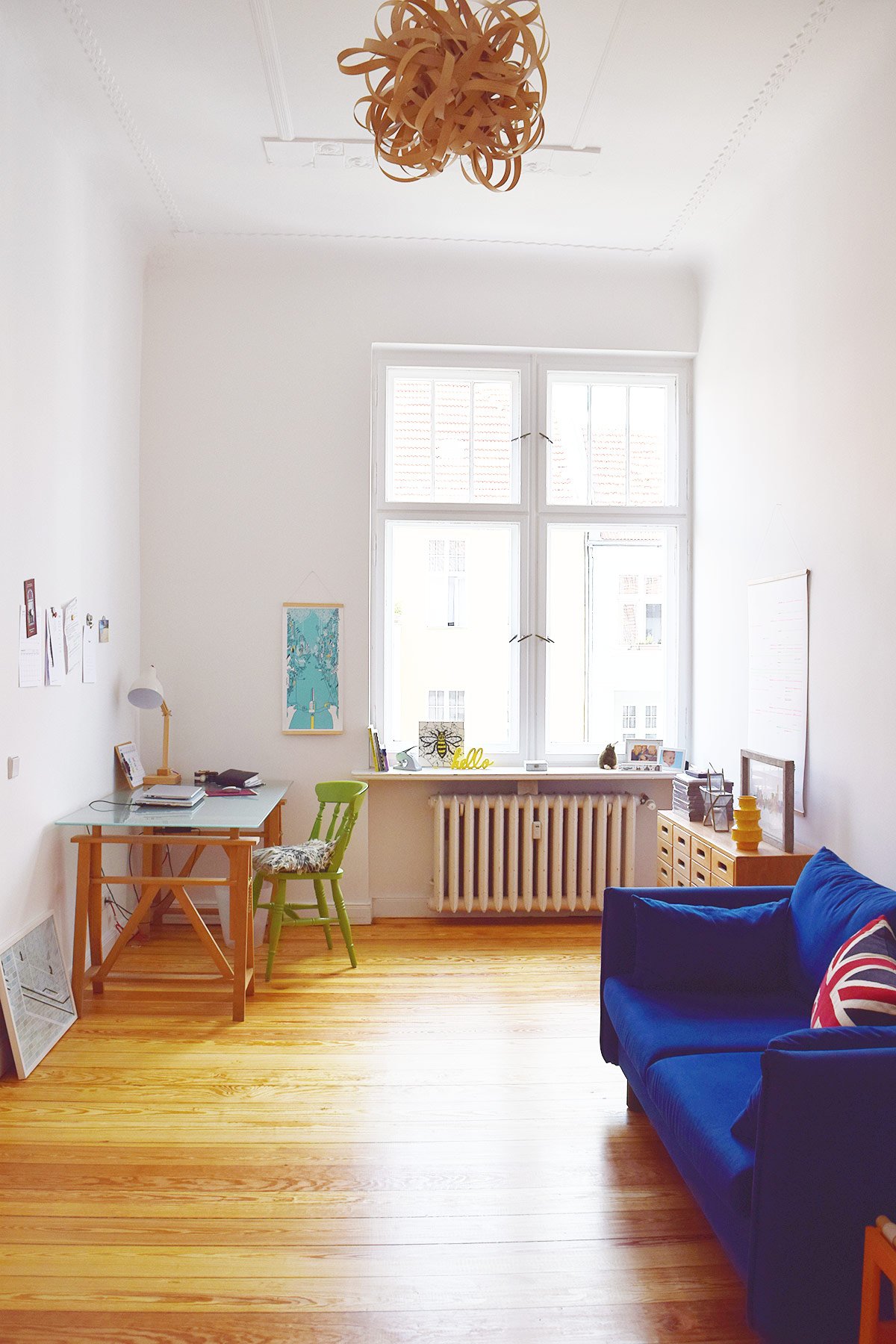 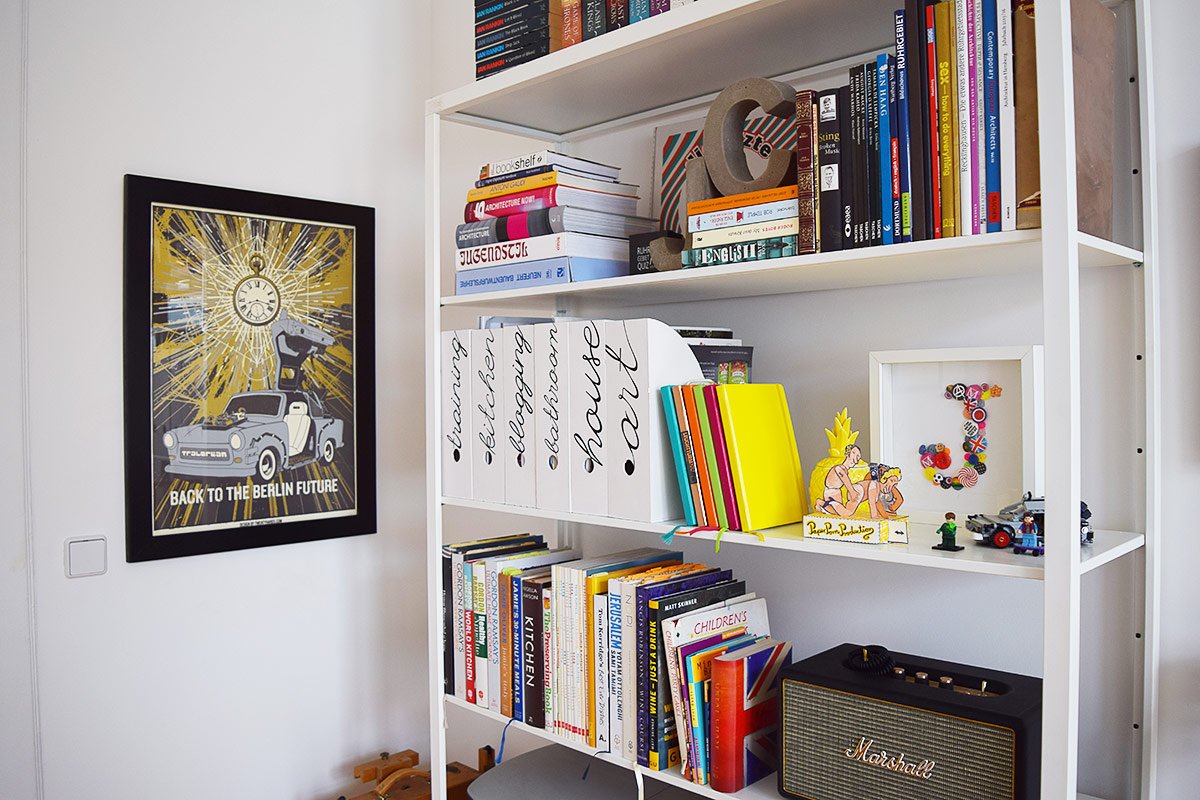 The most difficult part of this project (if you can even call it that) was deciding on exactly where to hang the hammock. As much as I love it, we still need the space to work and let’s face it, having to crawl under a hammock every time you want to get from one end of the room to the other doesn’t seem like the most sensible layout planning option. 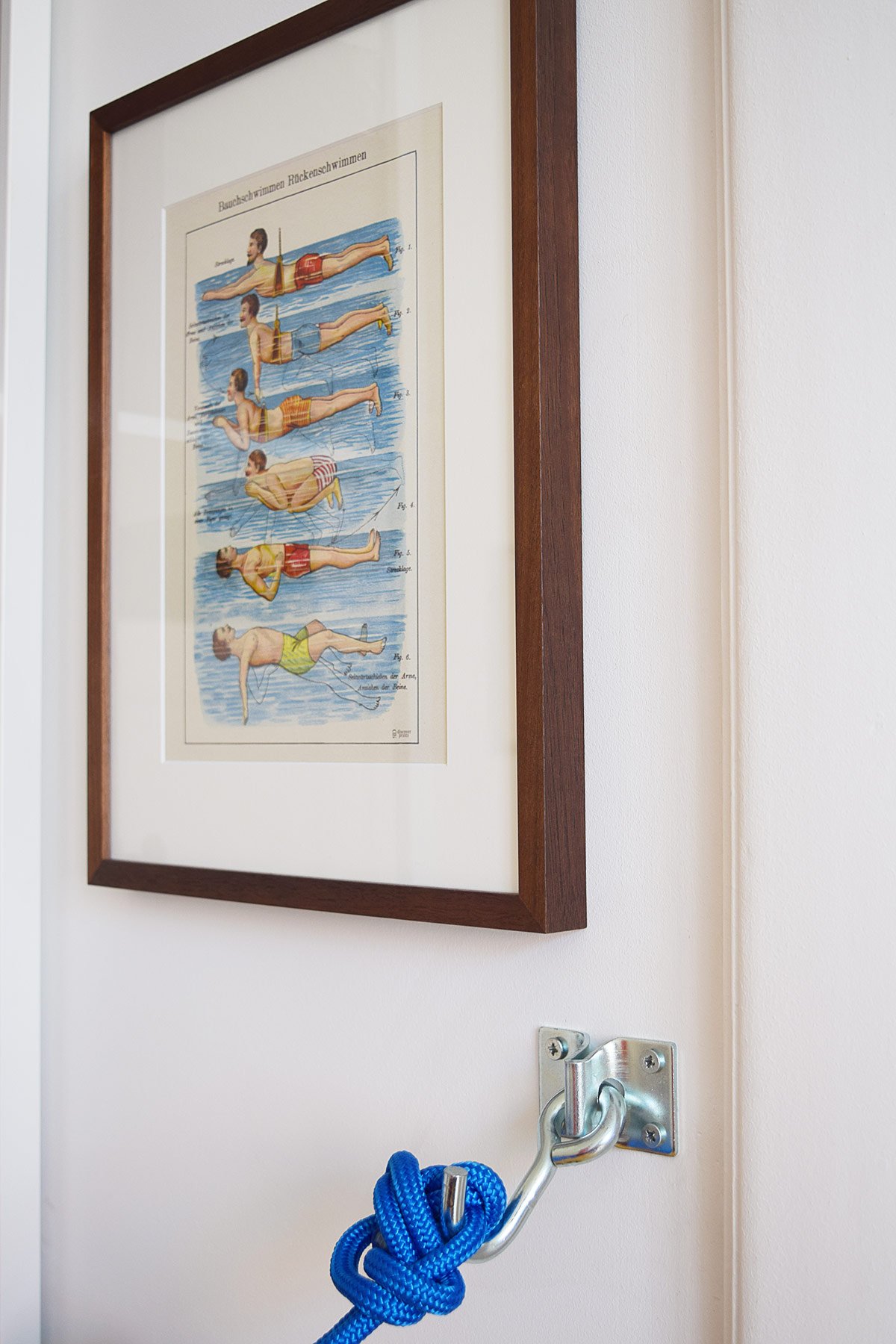 In the end, we opted for brackets with a hook from our local DIY store which means that we can just unhook and hang it on the wall when we’re not using it. They’re not exactly small brackets but I wanted to make sure that it’s super secure! 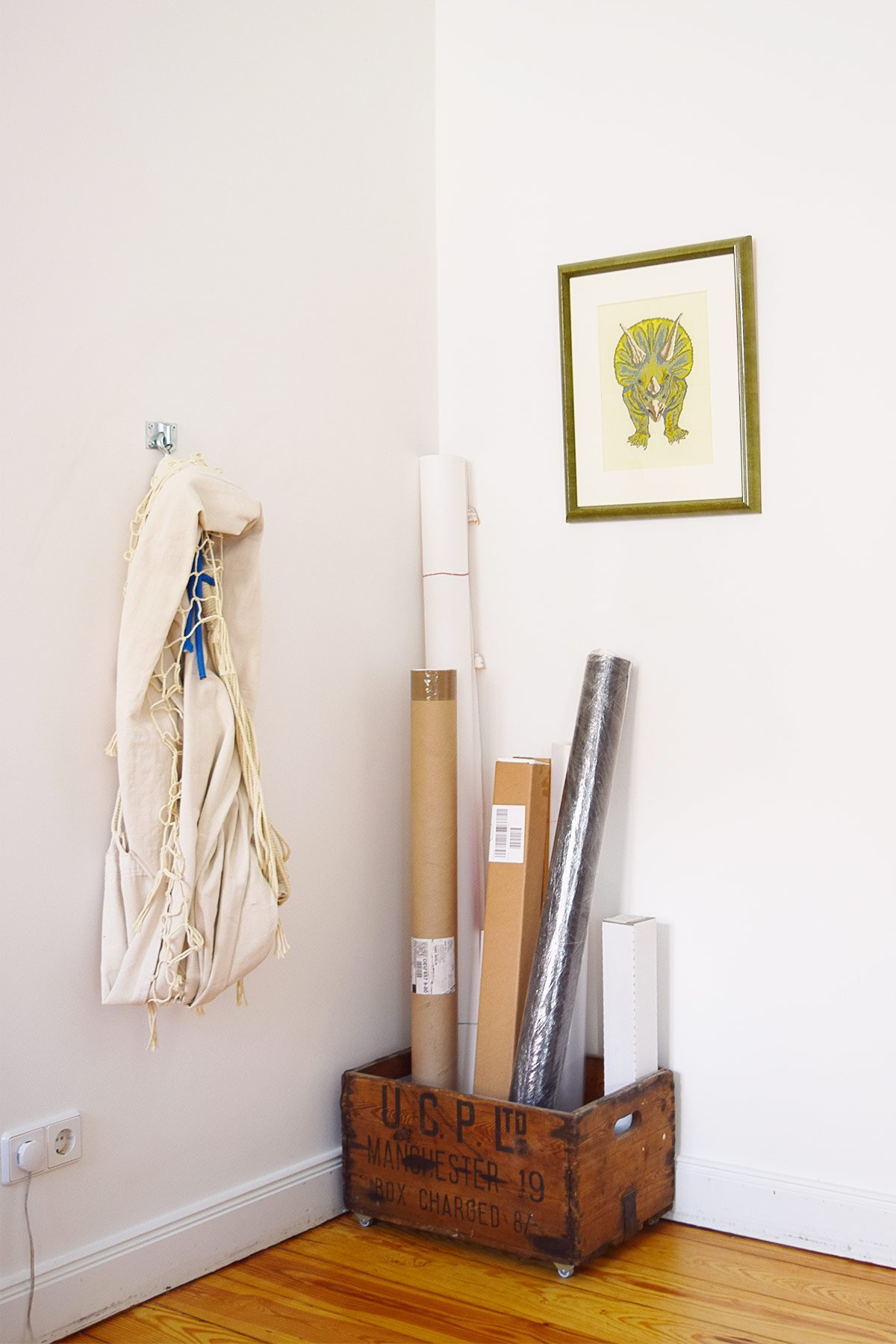 I’m not suddenly going all boho, although for some reason I did particularly like this hammock (this is the one we ordered) because of the fringe edge and I do love the relaxed vibe that the hammock adds to the office. Now all I need is a cocktail and a tropical climate! 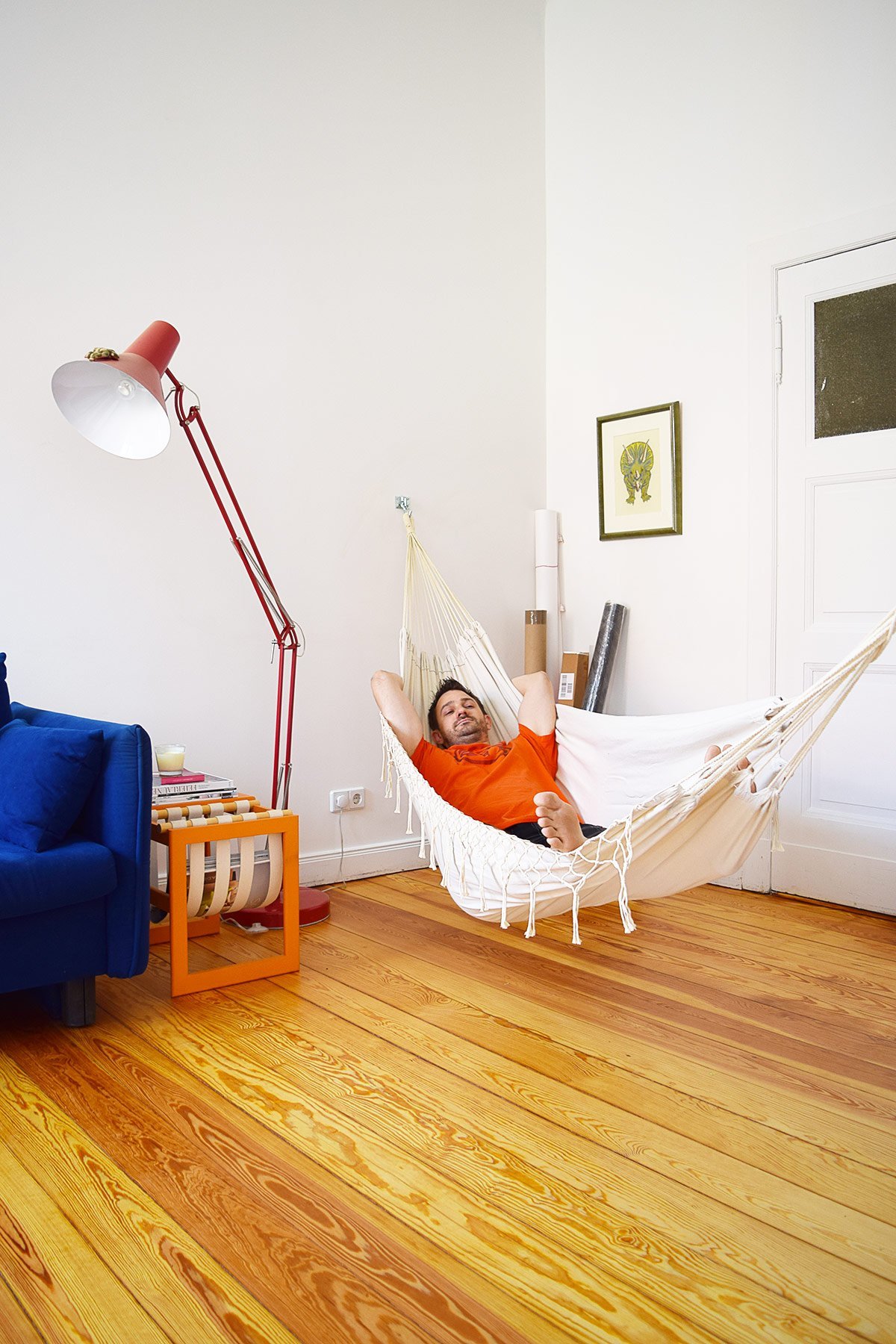 If you follow us over on Instagram or saw our post about the stained glass we uncovered you’ll probably already have seen some of our finished floors and given the amount of floor spam we’ve been sharing know that we’re super pleased with how they turned out!

We’ll share a full before & after post about the rather epic floor sanding project as soon as we’ve put our home back together again!

Do you have something random that you’ve always wanted? Maybe a slide from the top of the house to the bottom? A suspended trampoline ceiling? A hammock in your office? Do you think it’s finally happened and we’ve lost our minds? ;)