House hunting in Berlin is turning out to be a bit more difficult than we’d imagined. 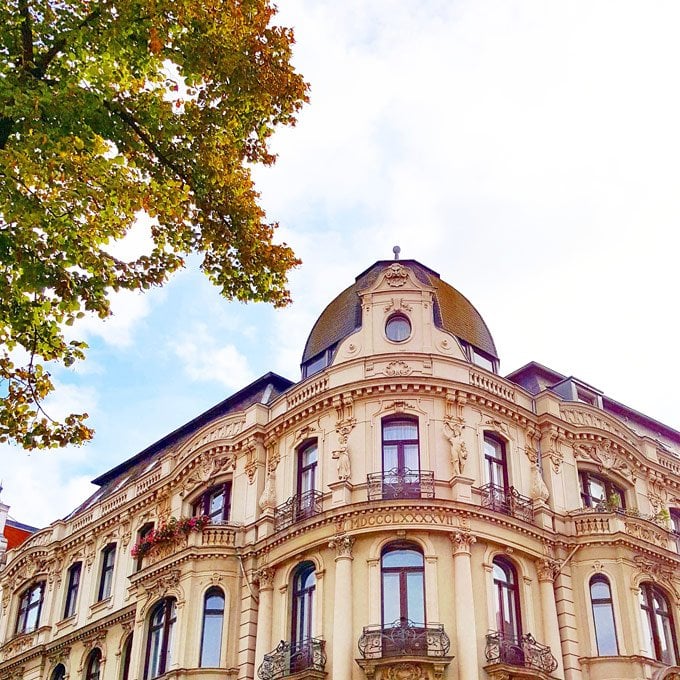 It already sounds like we’re having loads of fun, right? Don’t worry – it’s not all bad!

Our biggest problem is that we’ve been struggling to find an apartment in need of renovation. At first, it seemed weird that we couldn’t find a single apartment in the whole of Berlin that needs work but now after a couple of weeks of searching we’ve realised why (or at least we think we have). 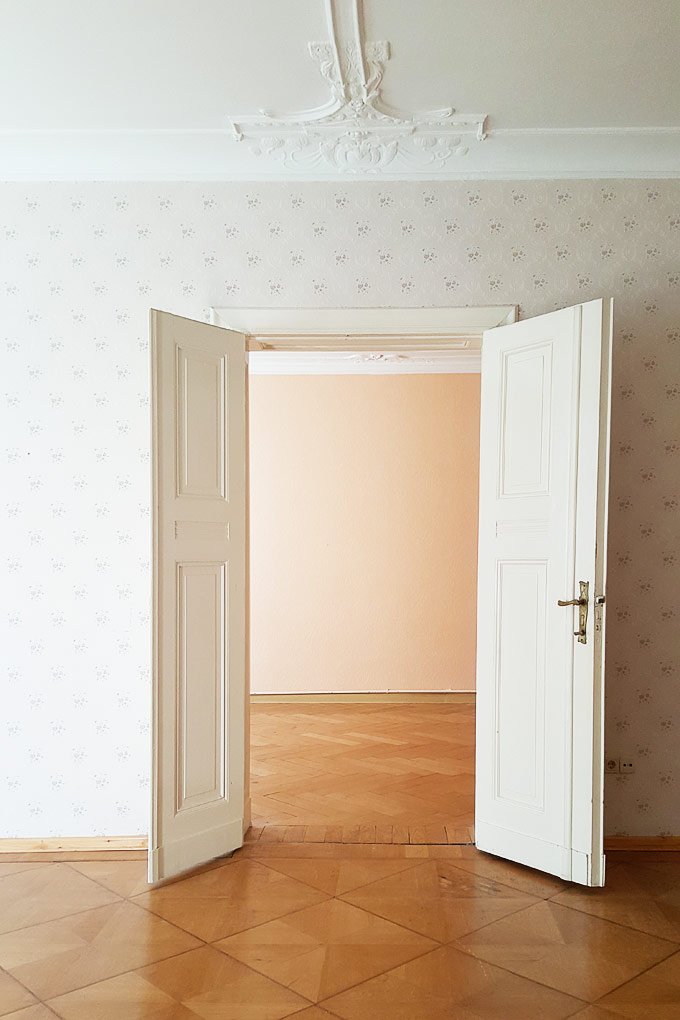 Well, it turns out that there are apartments that are exactly what we’re looking for (and so much more) but the reason that we couldn’t find any in our search so far is because they’re all out of our budget. 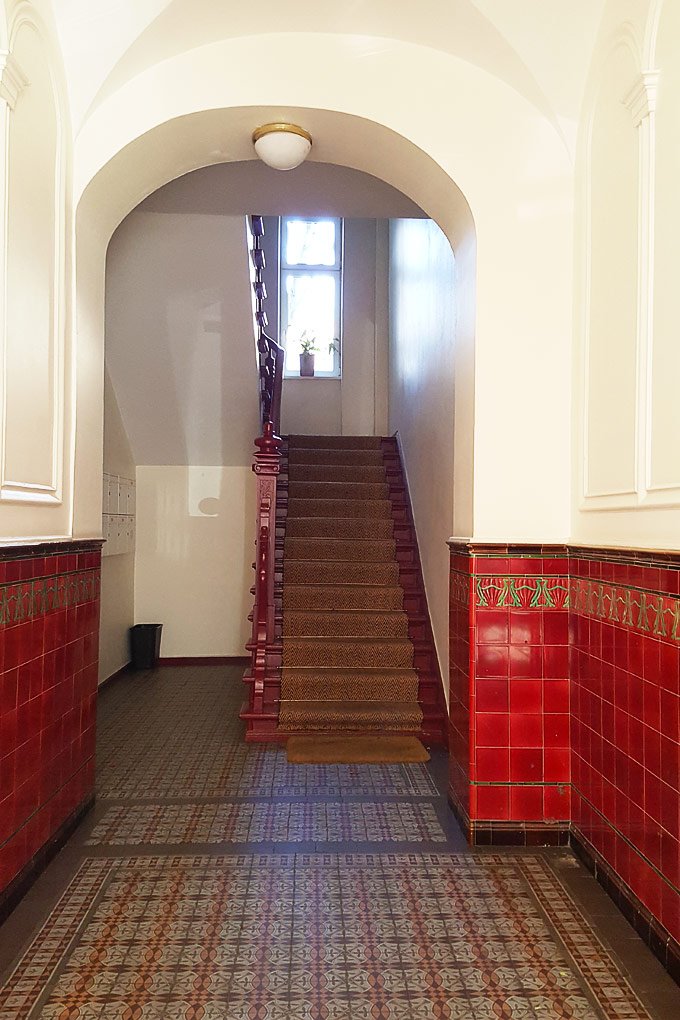 It seems a lot of apartments in need of modernisation are the traditional old ones that haven’t changed since they were originally built over 100 years ago. This means that some of them are spectacular with the most amazing period features you can imagine but it also means that they haven’t been split up and converted into smaller apartments making them very large and therefore very expensive. 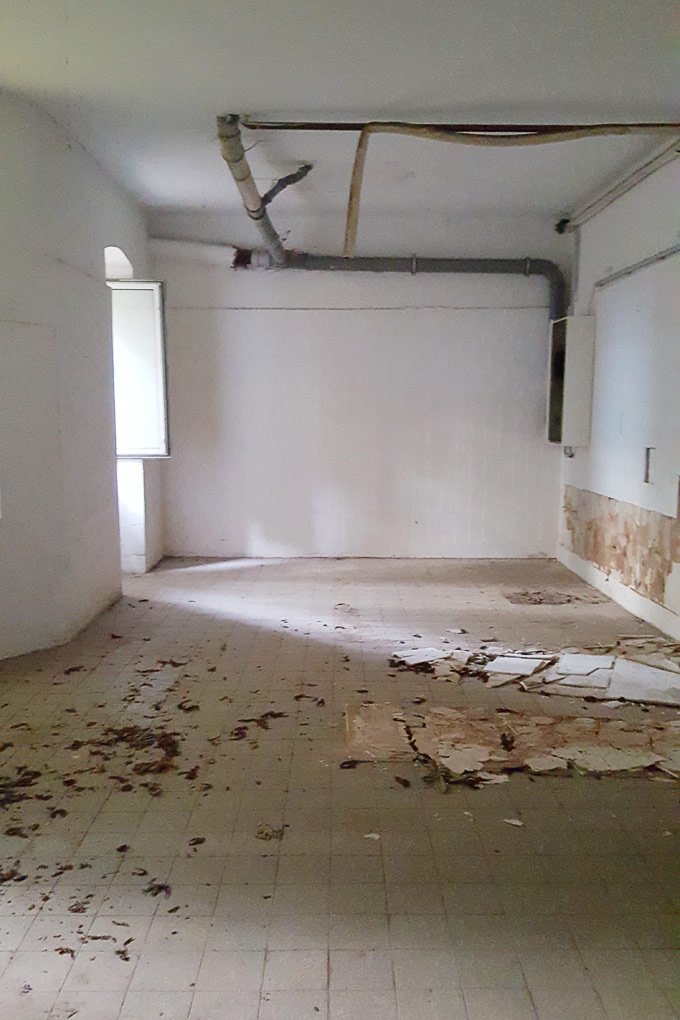 Another problem is that a lot of the old buildings are still owned by a single person and if the house is sold it’s usually to a property development company that splits it up and then sells on the individual apartments in fully renovated. 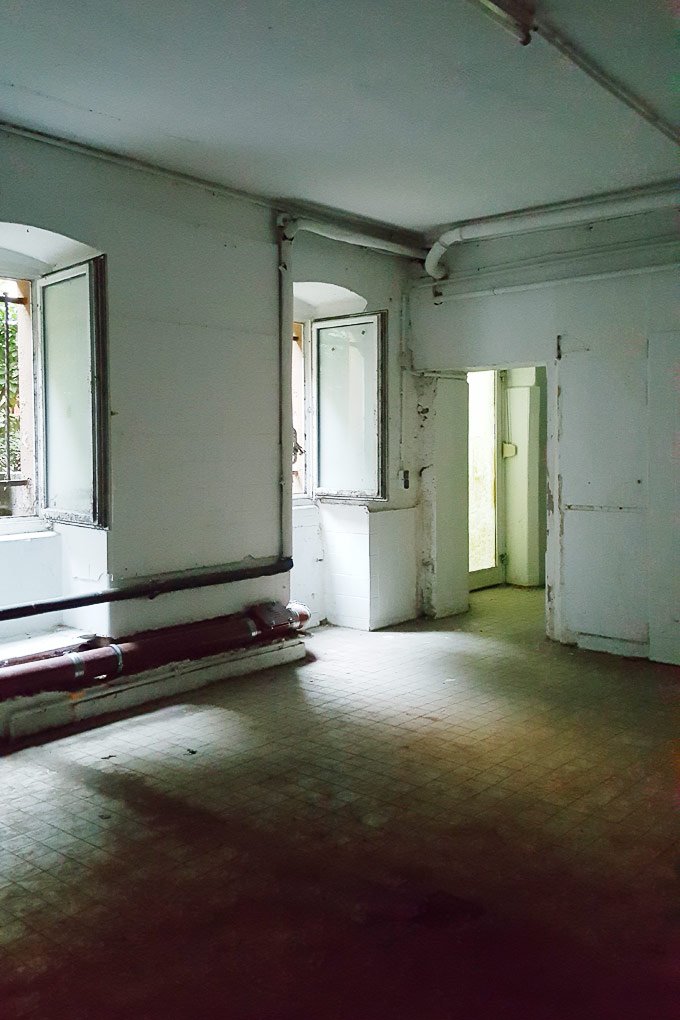 In addition, Germany is traditionally a country where a lot of people rent their homes and tenants have a lot of rights which is great for the tenants but if at any point a building is split up and sold off as individual apartments you can’t just tell the tenants to move out. Well, you can but you have to give them a 10 year notice period even if you want to move in yourself! (In reality, it’s all a bit more complicated, but I’m sure you get the idea!) 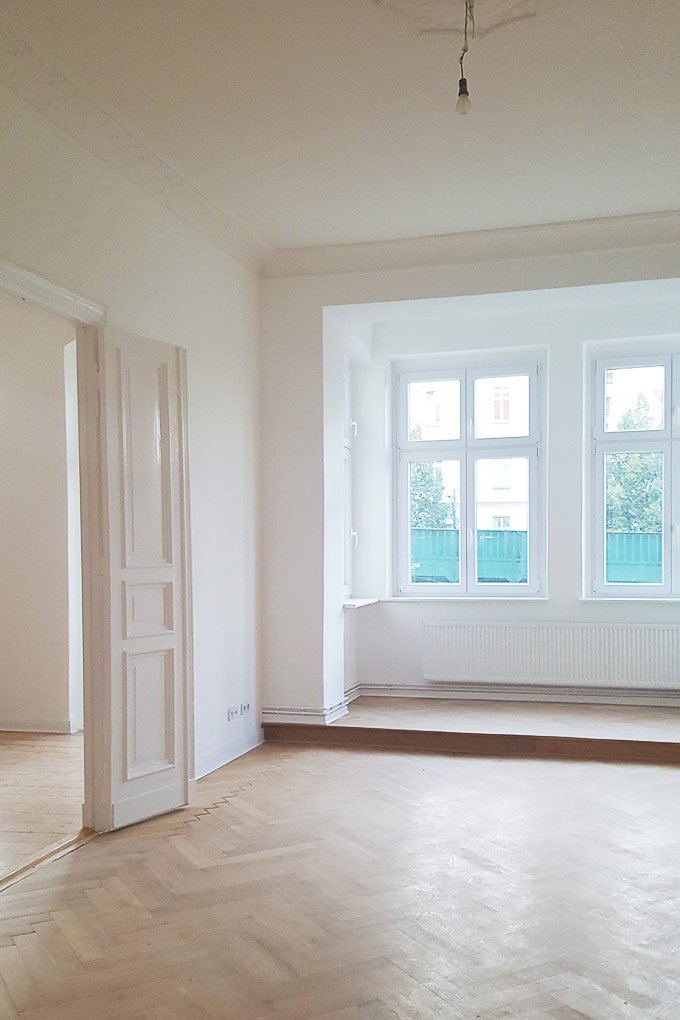 As I mentioned it’s really not all bad, though! Berlin has some absolutely gorgeous architecture and we have managed to view some amazing apartments. Considering we’ve only been in Berlin for a few months we’ve probably been putting ourselves under more pressure than we should have.

But, it’s been worth it as we’ve already found our dream home! And when I say dream home I mean the most beautiful and best apartment in the whole of Berlin.

Nothing is certain yet and we’re getting way ahead of ourselves so we can’t really share any of the details yet. We’ll keep you all posted and share everything as soon as we can but at the moment it’s a case of keeping everything crossed! 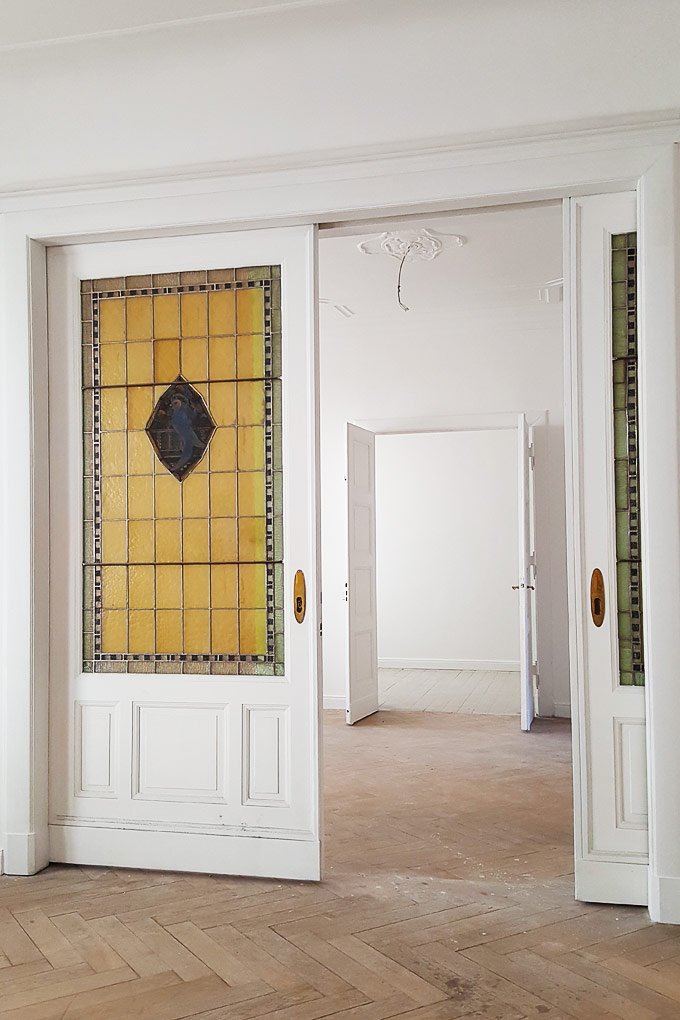 Ever since viewing the apartment (the image above is the view from the living area looking into the dining room) I’ve been struggling to concentrate and, much to Jan’s annoyance, even to sleep as it’s all I can think about. At the moment it’s just a matter of waiting (which has never been something I’ve been good at). Fingers crossed!

Do you find house hunting as stressful as we do? What would your dream home look like?