When we first moved into our house, the whole back garden was either tarmaced or covered in a stone patio. As a quick fix we decided to start introducing more green (and I mean proper green and not the random weeds growing everywhere) into the garden. 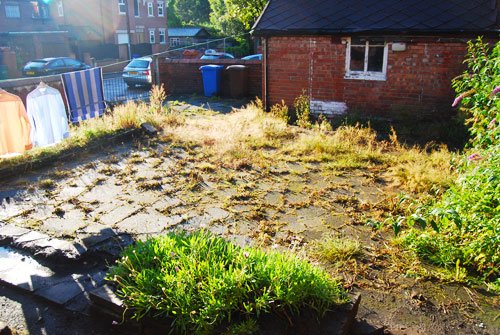 In order to retain a bit of our “patio“ as a seating area, we decided to turn the area in front of the garage into a small lawn. We had already decided on a rough garden design when we started the work, so we knew that we could tackle the area without having to change it again later. But, as usual, since doing the work we have had a few new ideas, so the area might need revisiting in the future.

There was a lot of manual work that Christine made me supervised and I executed as best as I could. We stated by removing about 6m² of the stone patio in front of the garage. The paving stones were quite heaving, but easy to remove. Annoyingly we discovered loads of rubble underneath the paving which also needed to be removed (the original builders must have used the garden as a dump). It may not seem much, but we filled a full container with rubble just from that small area! This also included a smallish root, at least it looked like that from the surface.

It turned out, that the root was much larger than expected. Removing it was a time consuming and sweat producing task, as the root didn’t just have one layer, not two layers but three layers of vertical roots which I had to hack off the main stem. This is what it looked like after managing to remove it. 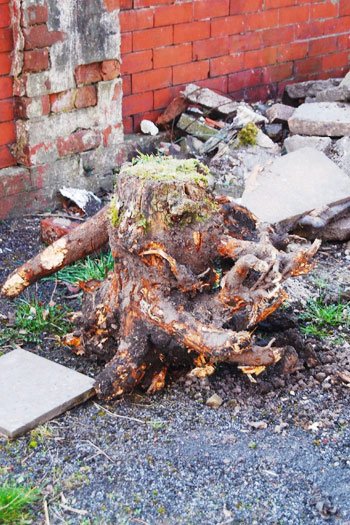 When the area was free of roots and rubble, we spread out some top soil (a big thank you to Steve who gave us a load) and sowed some grass seeds (another big thank you to Iain and Mark who supplied us with some seeds). And this is what it looked like. 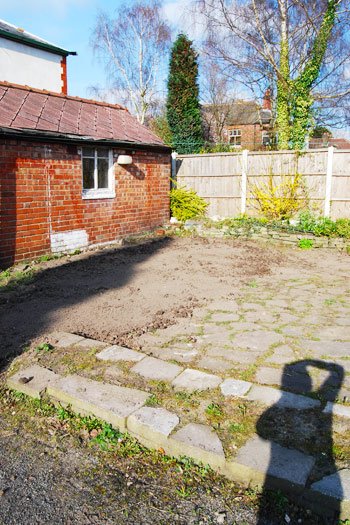 After a month without a single blade of green grass we decided to buy and lay some roles of turf (a big thank you to Alec who gave us some turf). This turned out to be really easy to do. Finally, after hours and hours of work, our garden has a small but nice grass area. It is important to keep the new turf moist for the first few weeks, and typically, as soon as we had laid it, the weather was great and we had to water it every day. 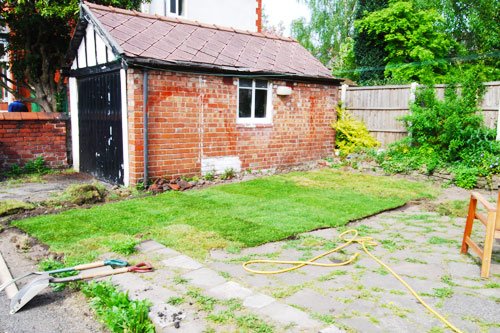