Over the last few weeks we’ve been trying to get our garden into shape – or at least give it a good tidy and weed. So, as well as taking down the garden wall ready for it to be rebuilt, we’ve also been doing a lot of tidying and bit of sowing.

A few weeks ago we already planted out our first vegetables of the year. 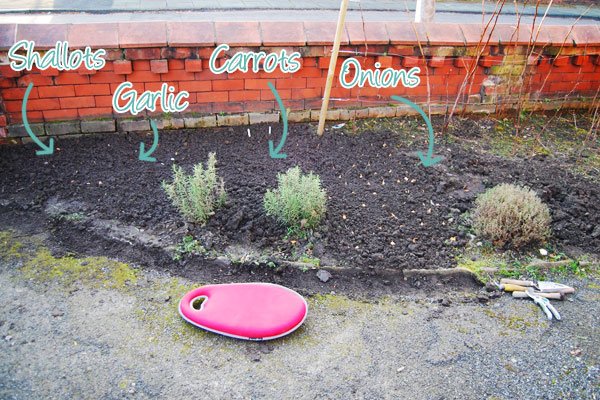 There’s not much to see, but the first green tips have started to appear and we’re so happy that the never-ending cold weather hasn’t killed everything. This is how they are looking now. 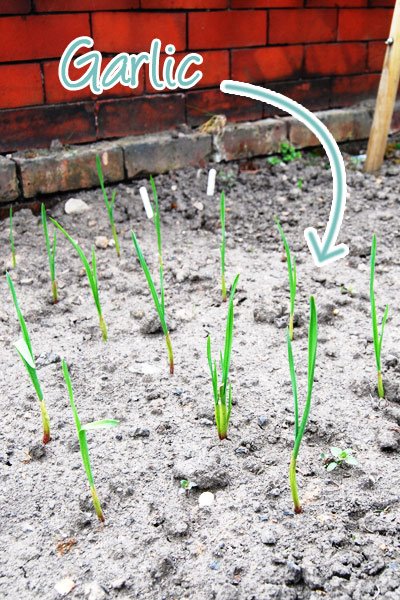 If there is one thing that has really been growing it is of course the weeds. There aren’t too many yet, but wearer trying to stay on top of things this year, so a little bit of regular tidying will hopefully be enough to keep everything under control. 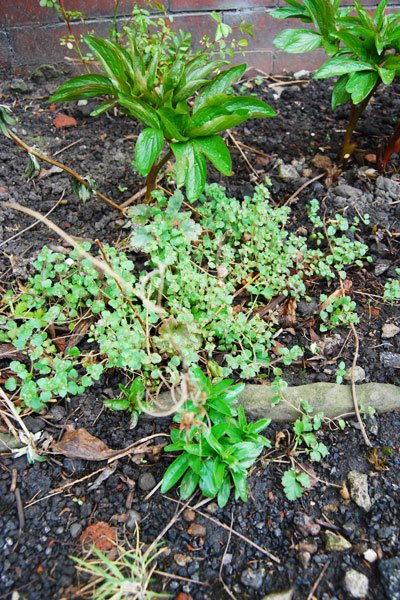 As you can see, we still have a bit to go!

Over the weekend we also sorted out our raspberry plants. They had started to spread out so much, that they were almost like weeds – just really delicious ones. We removed some of the little new twigs that had randomly appeared and then tied the branches to the wire we’d prepared last year. 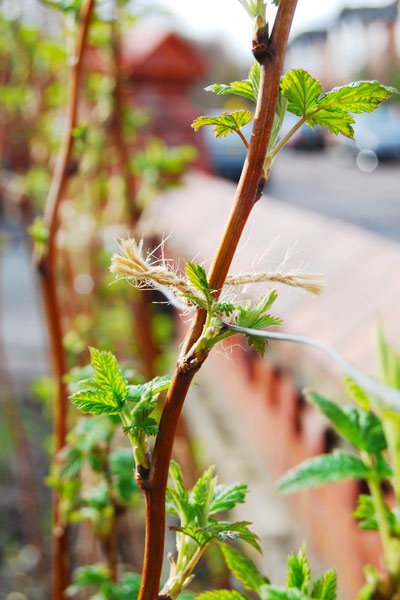 Every year it’s surprising how much everything grows, and the raspberry bushes, in particular, get really heavy with all of the little juicy fruit hanging from it.

Our buddleias also seem to take over every year. It’s amazing how fast they grow! Over the last summer, this is the size they grew to. 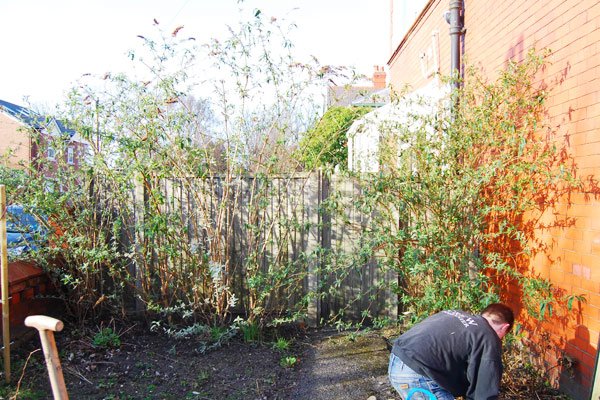 Now, after a lot of cutting back this is what they are like 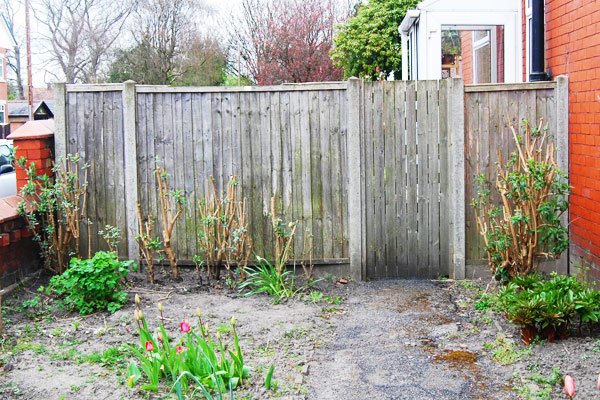 The back garden is still a complete right off. It needs so much work that we don’t even know where to start. We know it needs a complete overhaul, so are still kind of ignoring it – except of course for the wall – which we’ve still not finished taking down! (You can read more the garden wall here and here)

Is your garden also in a bit of a state? Do you also have more weeds than plants you actually want? We’re looking for some pretty, bushy plants for the front garden – do you have any recommendations?