Our garden is still a mess. With so many DIY project to do around the house, it’s often an area that gets ignored. So, with a rare day of sunshine, we used this Sunday to spruce up the garden at the front of the house.

Admittedly, it’s not in an awful state, especially when we compare it to what it looked like when we first moved in, but it could definitely use a bit of TLC. 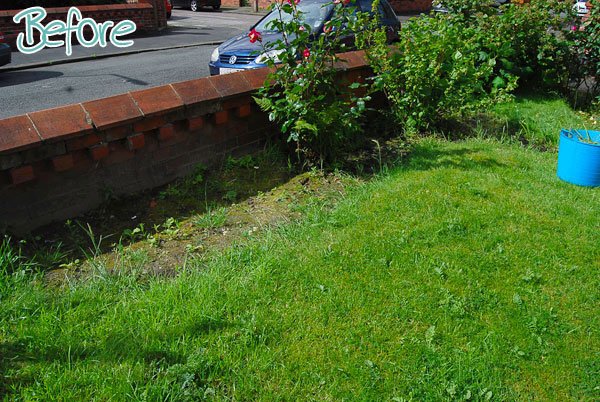 As you can clearly see, except for occasionally cutting the grass, we haven’t really done anything – not even much weeding.

So, bright and early on Sunday morning I made a start on de-weeding the area along the wall. After about 2 hours of hard work, Jan decided to make an appearance (after I finally kicked him out of bed) and helped me tackle the fern growing around the base of the rosebush. 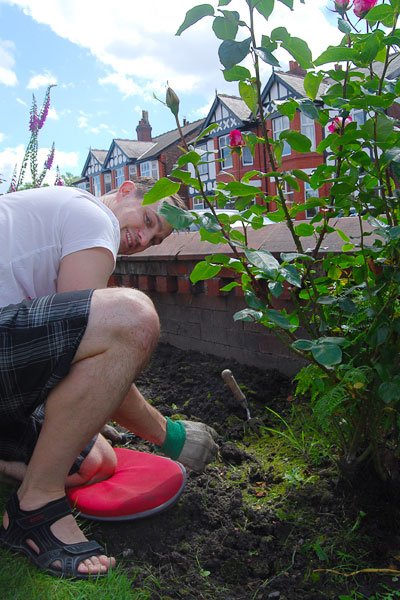 After about another hour of digging, we’d finally managed to clear most of the weeds. 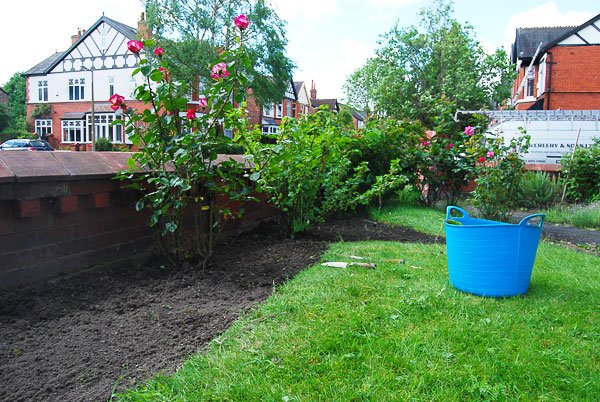 We’ve done this process so many times before that I’ve lost track, but we’re always surprised over the transformation that a bit of weeding and freshly dug earth can make to the space.

This time though, we decided to take our tidying efforts to another level. The freshly dug soil always seems to be a magnet for any weeds and the easiest way to keep them down is to add some mulch. It also keeps the area looking much tidier.

But before we could start with the mulch, we decided to reduce the width of the soil area by adding a bit of turf to the edge of the lawn. 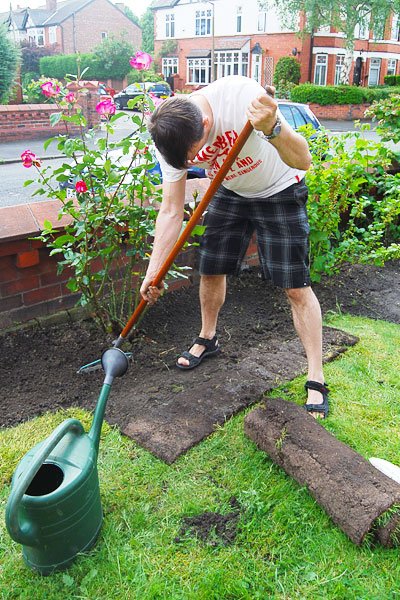 At the same time, we also filled in the silly triangle of missing grass. 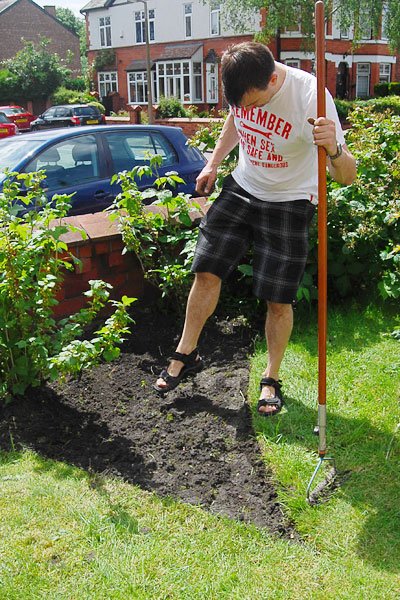 Now, if we’d bothered to do some calculations, we would have realiaised, that we hadn’t quite purchased enough turf to complete the job, but we can always add a bit more turf at a later date.

In a final attempt to spruce up the garden, we added a rosemary bush (that we moved from another part of our garden) to the row of plants along the wall. 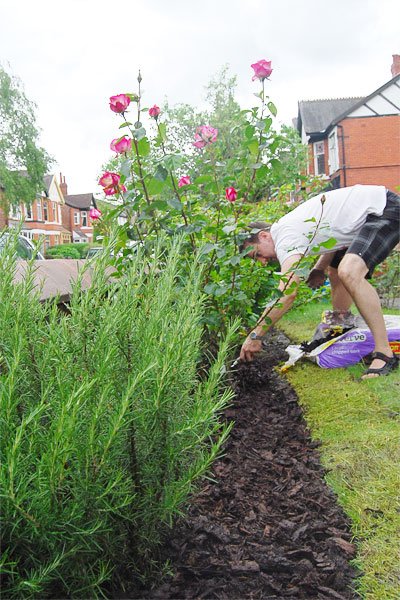 We think that it works really well in filling the otherwise empty space and because we already owned it, it didn’t even cost us anything to do!

All in all the little makeover took about 5 hours, two bags of mulch and two rolls of turf to complete, but the transformation is so worth it! 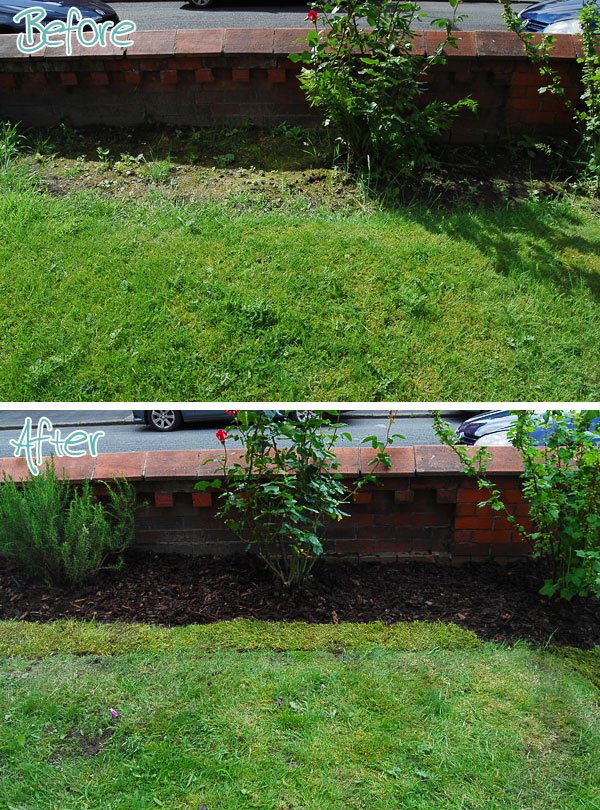 To keep things looking tidy, we would still like to add an edging strip (something like this) to provide a barrier between the mulch and the grass. 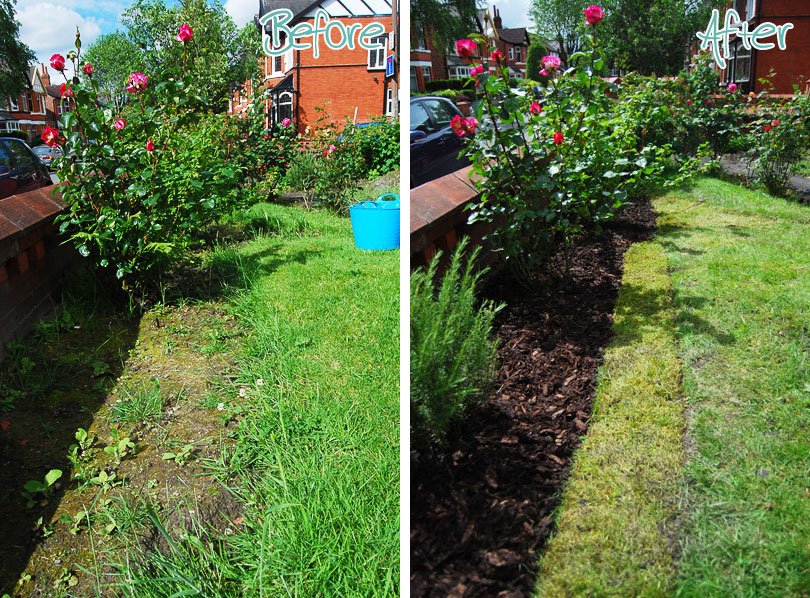 It just proves that with very little money and a bit of hard work, it’s actually fairly easy to transform a space. 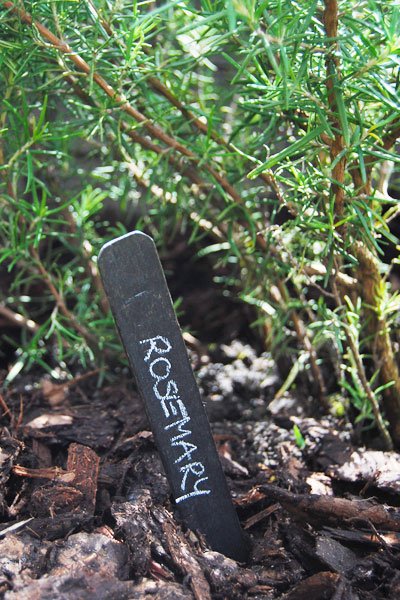 The grass could still do with a bit of attention, but it’s already looks a lot better and once the turf has grown a bit, any little gaps should automatically fill out. 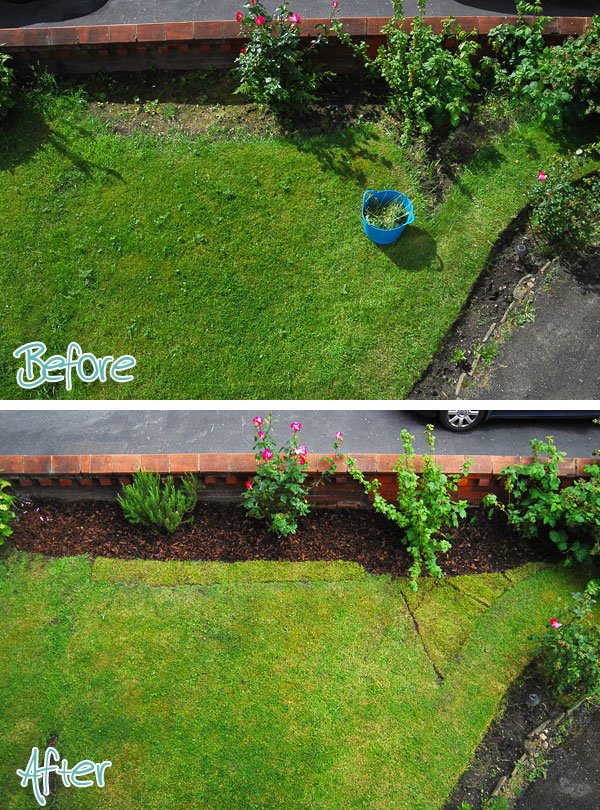 What did you get up to this weekend? Did you manage to tackle any projects that you’d been putting off? Do you have any tips for us to keep our garden as low maintenance as possible?