The last two weeks have gone by in a complete blur. We’ve been so busy with unpacking, cleaning and sorting paperwork that I’m not even sure what happened to this last week. So much so, that when I just started writing this post I thought we’d only been in our new apartment for a week and then realised that we’ve already been here for two! Yep, I’ve somehow managed to lose a week! 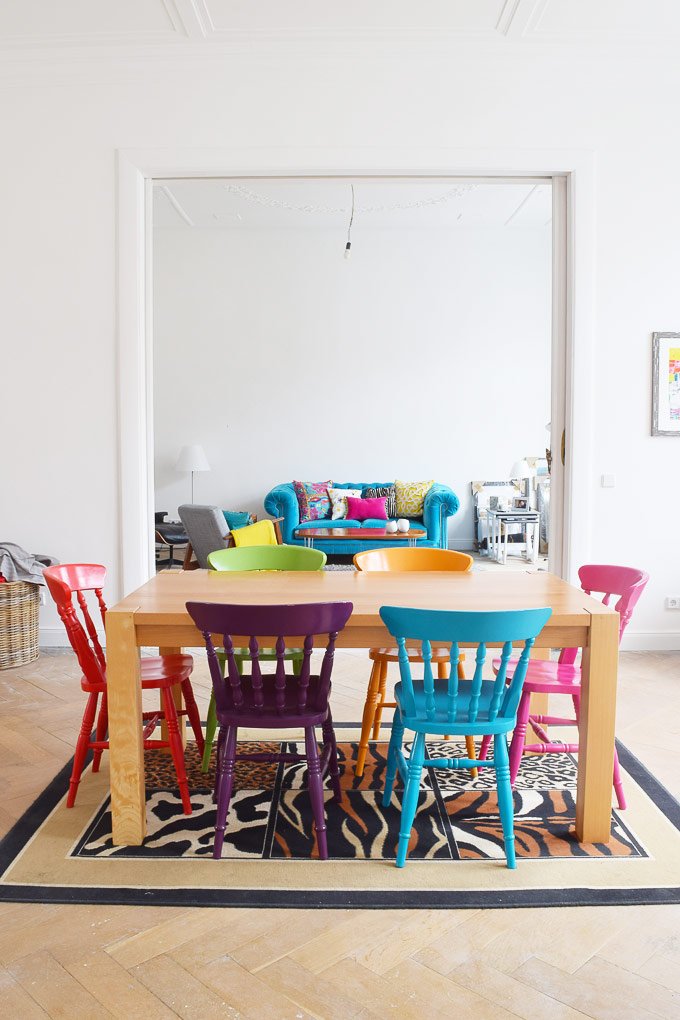 For almost two weeks we had no working washing machine, we had no sink for days (I wouldn’t use the one before so couldn’t do any washing up for 1,5 weeks) and we’ve been living off takeaways which I’m well and truly sick of. The fact that we’re also still having to crouch in the bath to shower (we should have possibly prioritised adding a shower curtain) really isn’t my idea of fun either! 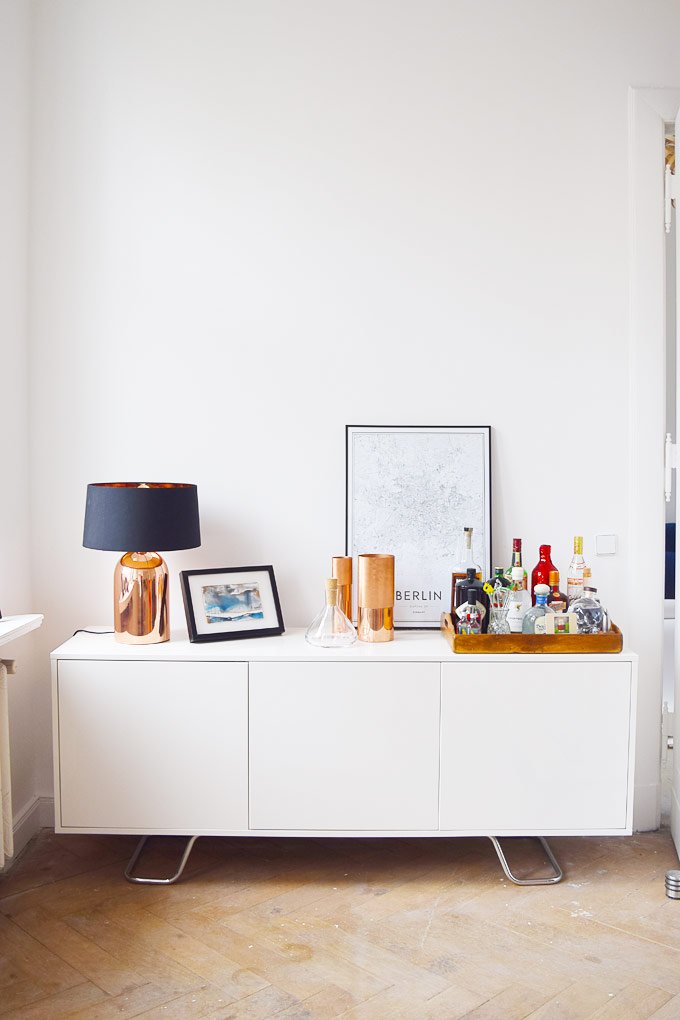 When moving into a new home that’s in need of work, it’s inevitable that there will be a few snags along the way. You’d think we’d be used to home improvement problems by now but some of the problems surprised even us!

It’s unusual for a washing machine to be in a kitchen in Germany (usually they’re in the bathroom) but in our case, there was already a washing machine under the counter in the kitchen. The thought of using someone else’s washing machine totally grosses me out and as we did still have our own that we brought with us from the UK it really only made sense to use ours – the only problem is that we just couldn’t get it to fit under the kitchen counter! 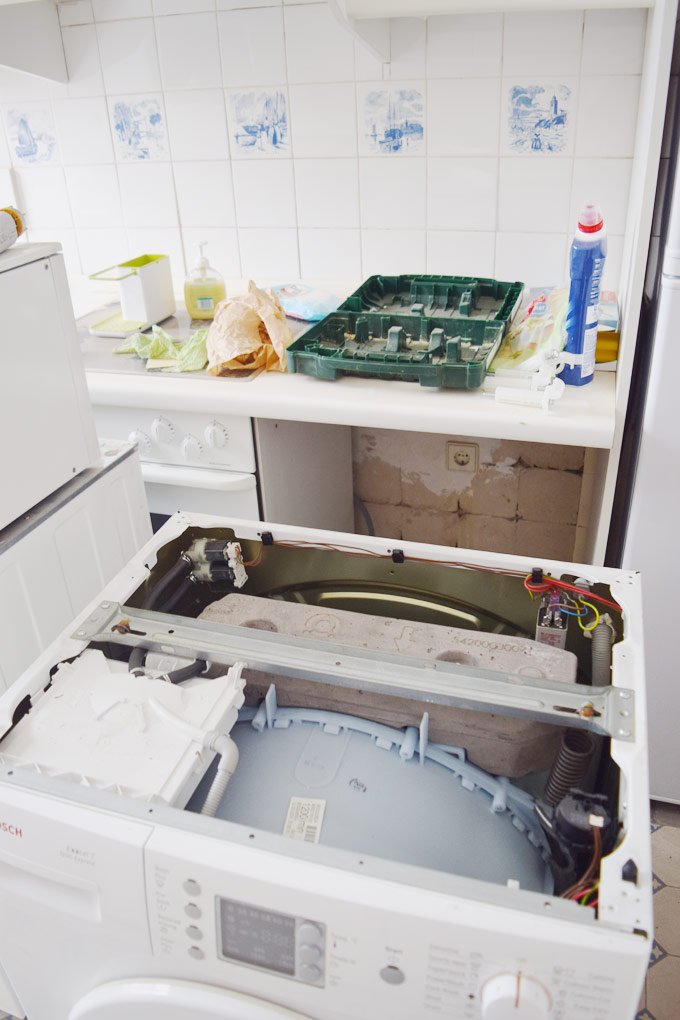 Luckily we managed to fix the problem really easily by just removing the top of the washing machine. This gave us the much needed extra couple of centimetres and now you’d never know we even had a problem!

2. All of our curtains are too short – way, way too short!

Now that we’ve replaced the totally elegant cardboard box shutters in our bedroom and have finally managed to hang some curtains we’ve come across another problem – our existing curtains are much too short. They look ridiculous and I’m really not sure they’re an improvement on the cardboard boxes! 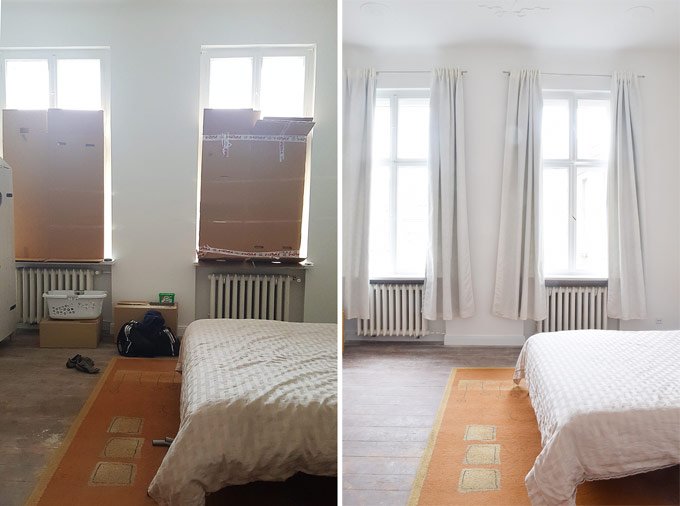 It’s almost hard to believe that the curtains in our bedroom are already three metres long! I think we’re going to have to get creative to find an affordable solution – or finally learn to sew!

3. We had to buy another ladder

Admittedly we didn’t see this one coming. We have three ladders now (it would have been 4 but we gave one to my sister) and buying yet another was definitely an expense that we could have done without! Our rooms are so ridiculously high that none of our ladders even came close to reaching the ceiling! 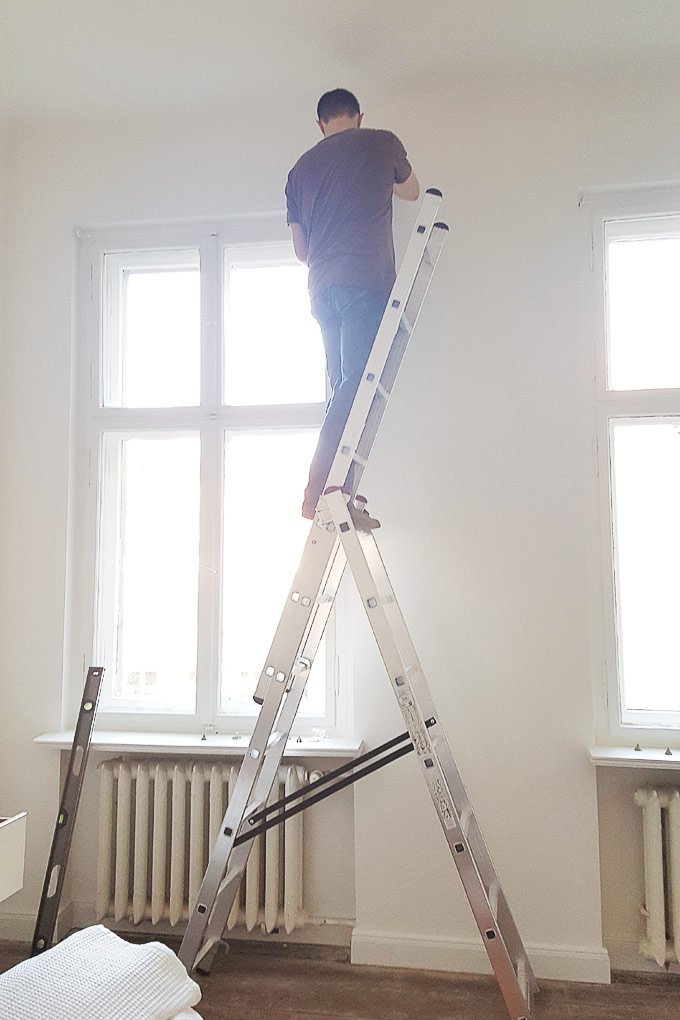 There’s not a single light bulb in the whole apartment. Not a big problem you say? Well, it kind of wasn’t as we went out and bought a load of fittings but as we just mentioned we then realised that our ladder wouldn’t reach the ceiling. 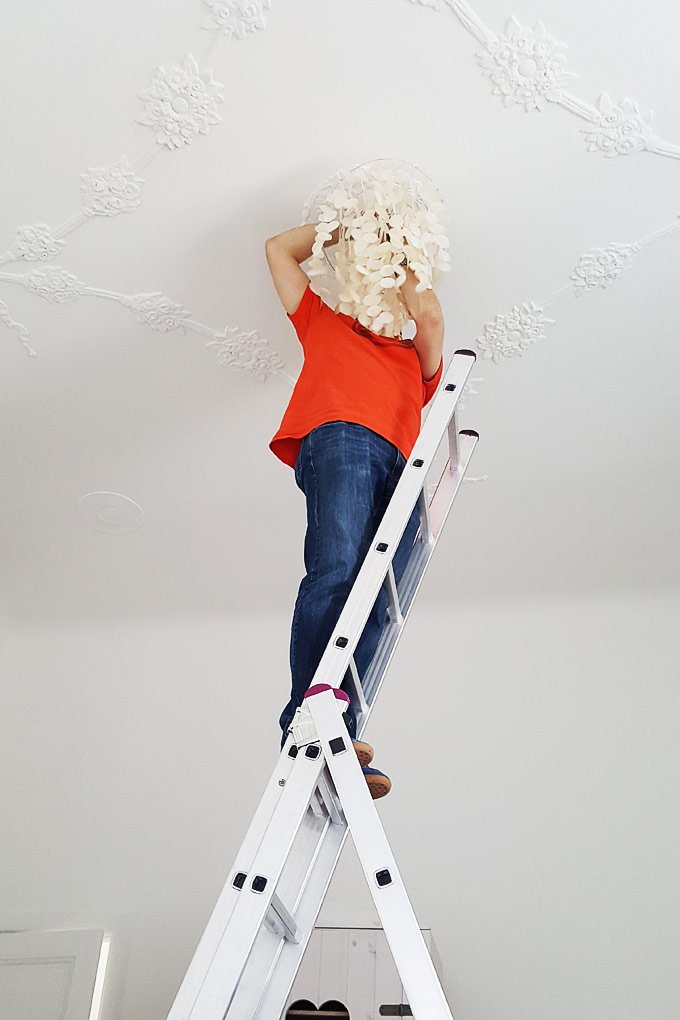 I just couldn’t. I cleaned the kitchen, I disinfected the toilets and scrubbed the floors but I just couldn’t bring myself to wash our dishes in the stained kitchen sink. We’re planning on replacing the kitchen as soon as we can but for the time being, have decided to install a new stainless steel kitchen sink. 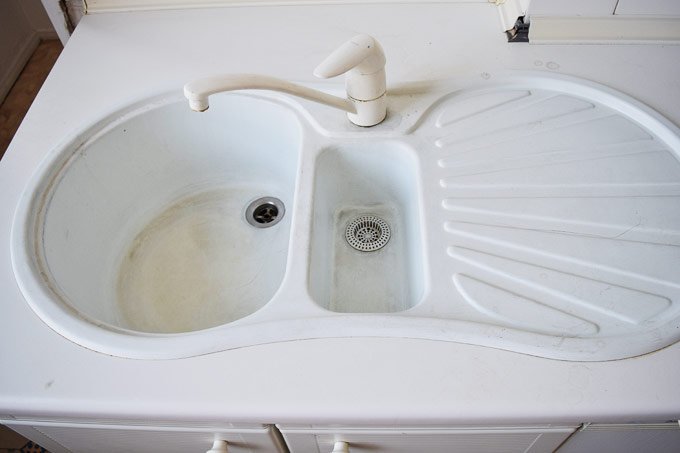 We still need to replace the tap which apart from being yucky also leaks but it’s amazing what a difference a clean sink makes to the whole feel of the kitchen! (We’ll be sharing our kitchen updates soon!)

I know that this sounds completely mad but our closest DIY store closes at 8 pm. Not a big deal in general but when shops are also closed on Sundays it quickly turns into a bit of an issue. Especially as you’re also not allowed to make any noise on Sundays – no vacuuming, no nailing, no washing in the washing machine and no noisy DIY. All of this means that we really only have Saturday to do anything that’s noisy and buy all supplies.

The tip closes at 5 in the week which inevitably means that we can only get rid of our rubbish at the weekends, too. 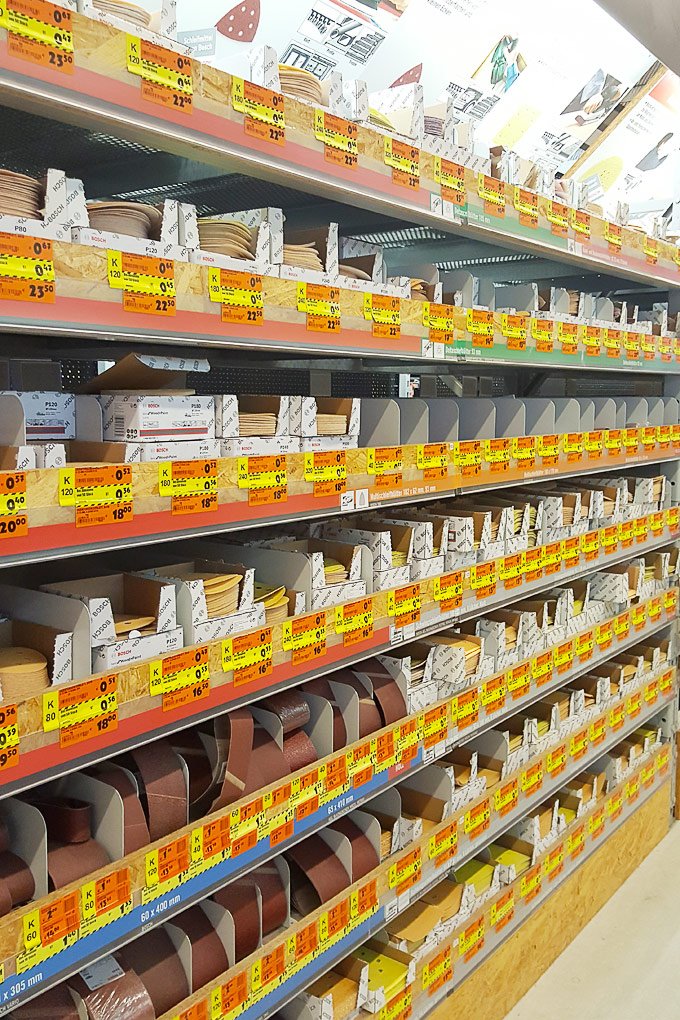 On the plus side, I have to admit that I still find DIY stores here fascinating. Some of them are so different from the ones in the UK and there are even drive-through DIY stores!

I admit that I didn’t realise just how much I relied on our car. I never used to think much about just nipping to a DIY store or Ikea but now it always feels like a huge task. We live super central and are really close to the U-Bahn but carrying everything home on the underground vs. throwing it into the boot of your car is definitely a big difference. Carrying our new super long ladder home on the train was definitely an experience! 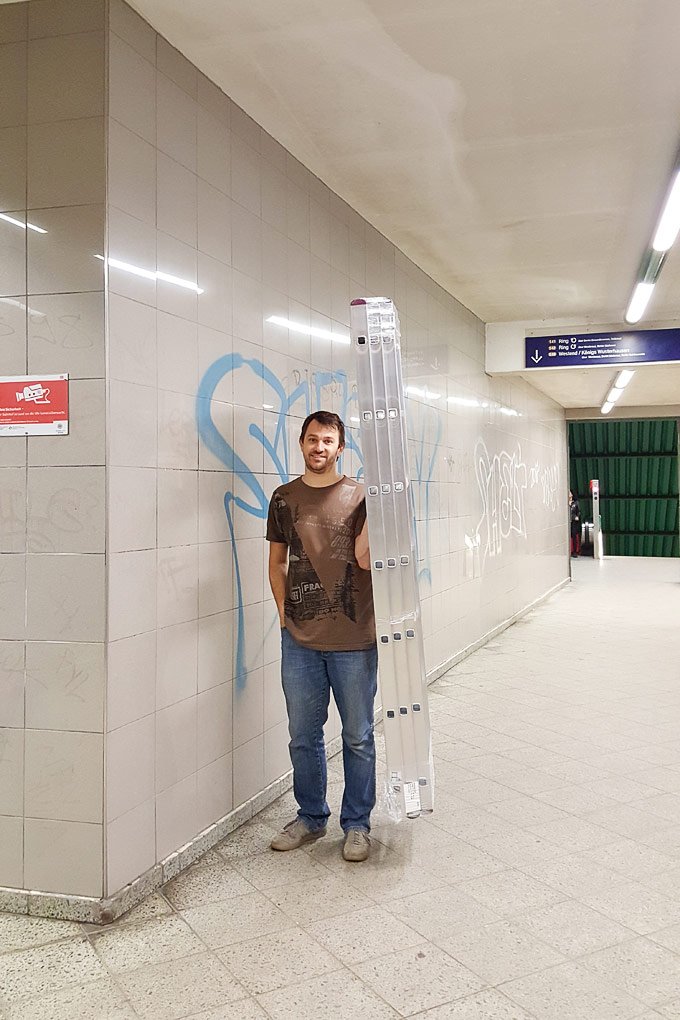 In the last two weeks we’ve made 16 trips to DIY shops and two to Ikea and amazingly we’re still talking to each other!

8. All of our furniture & art looks dinky

I know I shouldn’t be complaining about having large rooms and high ceilings (and I’m not – really!) the problem is that everything we own feels on the small side. Our furniture is mostly fine but our art and lamps are just so small that they look silly. It really feels like everything should be at least 3 times the size it is!

9. The amount of cleaning

Wow. The amount of cleaning really isn’t something I’d bargained for. We live in a central and busy part of town which means that there’s inevitably more dust and dirt from traffic and pollution but the size of the apartment really doesn’t help either! 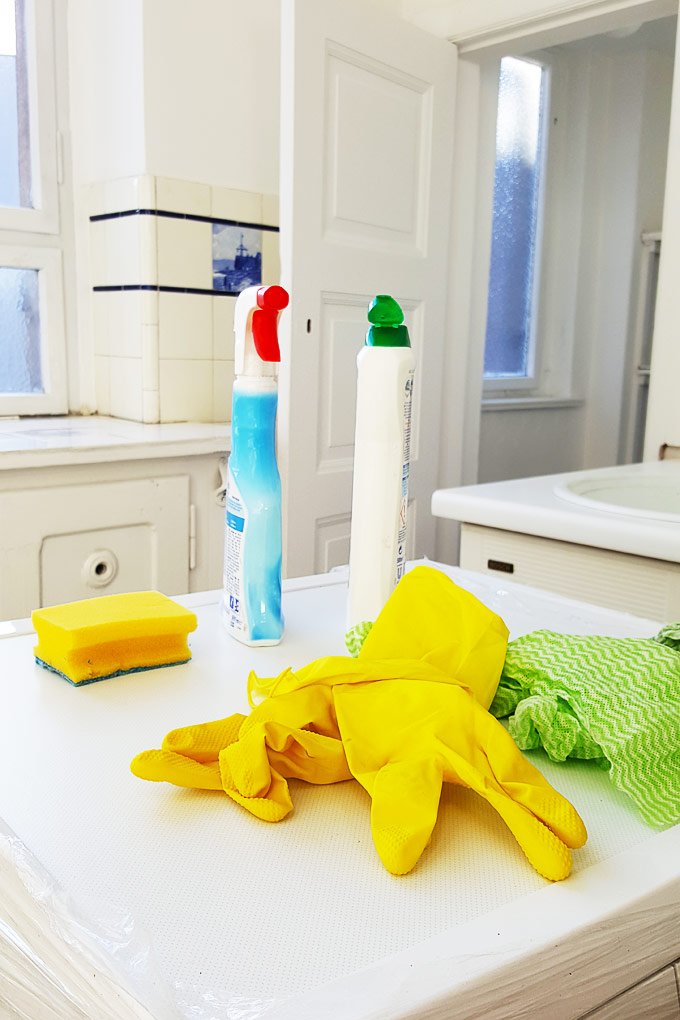 Yes, the apartment is not that much larger than our house in Manchester but the layout is very different and the rooms we use most take up the majority of the space whereas in Manchester we had smaller rooms that we never used.

Even without the ridiculous amount of windows (there are 68) there’s a lot of space that needs to be kept clean!
Have you ever faced any unexpected challenges in a new home? Do you have any tips on where to find super long yet affordable curtains?