It’s all just been a bit of a big nightmare around here lately. I know that homes and projects in Blogland usually seem to be perfect, but things in the real world – at least for these bloggers – don’t always run that smoothly.

The thing is, I probably find it more annoying than most. I can happily say that over the years I’ve successfully dealt with dozens of trades people and usually things go more or less to plan, yes, of course you get let down sometimes, and yes, it’s always annoying, but in the last few weeks things around here really haven’t been going to plan. 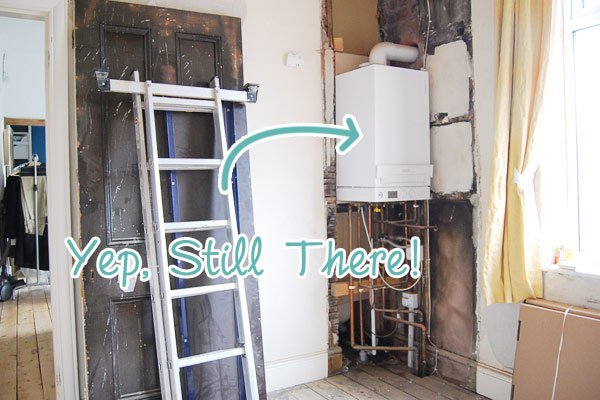 With so many projects going on around here, it’s inevitable that some things may not go quite to plan, but at the moment it feels like every project we tackle or even think about undertaking doesn’t go as it should. 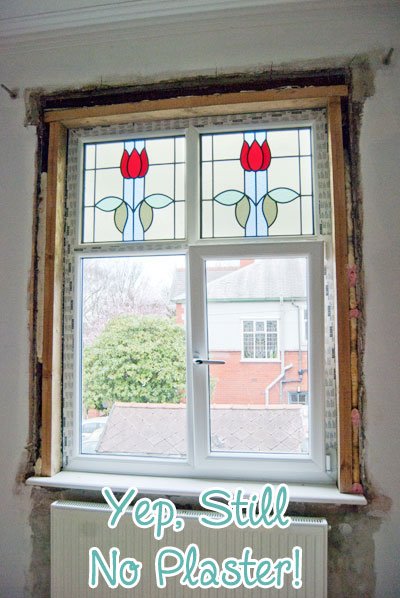 Our plasterer (who came recommended) was scheduled to do some work on Thursday. We were up till midnight the night before and then up again at six trying to finish off a few projects and removing curtains and curtain rails for him to be able to work. Then, next day, just after he was due to arrive he texted this 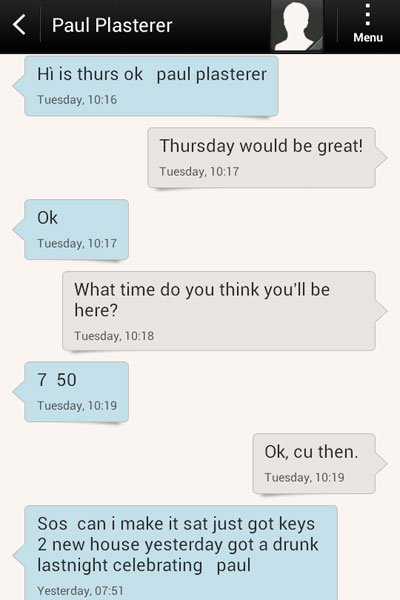 Seriously, what do you say to that?

Being complete idiots, we actually still gave him another chance (as we were a bit desperate to have the work done by this point) and he was due to come on Saturday, but then let us down – again!

Needless to say, we then decided to look for a different plasterer.

Dealing with bad trades people, people that let you down, people that damage your house and trades that don’t seem to respect your property is probably almost inevitable when doing and having so much building work done to your house, but every time that something doesn’t go to plan, every time we are let down, it not only puts back our schedule, it’s annoying. It costs us more time & energy and recently has really started to get me down.

Have you ever had a bad experience with builders? How do you deal with bad trades people? Do you have any tips for dealing with bad tradesmen? What’s the most bizarre excuse you’ve ever had from a trades person?