We don’t really like to be secretive around here and a couple of weeks ago we were finally able to reveal what our big secret project is that we’ve been working on. In case you missed it – we’re building an extension!

Yep, I wasn’t joking when I said it would be a big project! and as we had to wait for planning permission we didn’t want to get over excited and share something that we possibly wouldn’t be allowed to actually do. 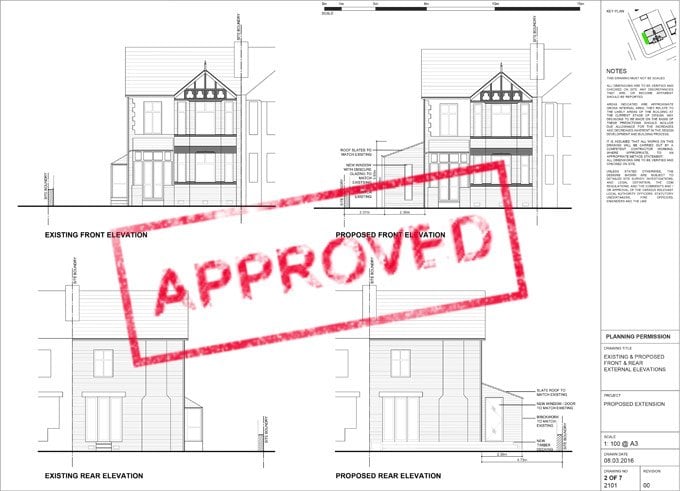 We finally submitted our planning application at the beginning of March and received the official permission to go ahead from the council last week.

To say that we’re excited is a bit of an understatement. The extension itself isn’t huge, but it should improve the layout of the house and give us just a bit more space in the areas that we need it most.

After keeping you all in the dark for so long, it only seems fair to share all of the details. This may take a while!

Let’s start right back at the beginning. 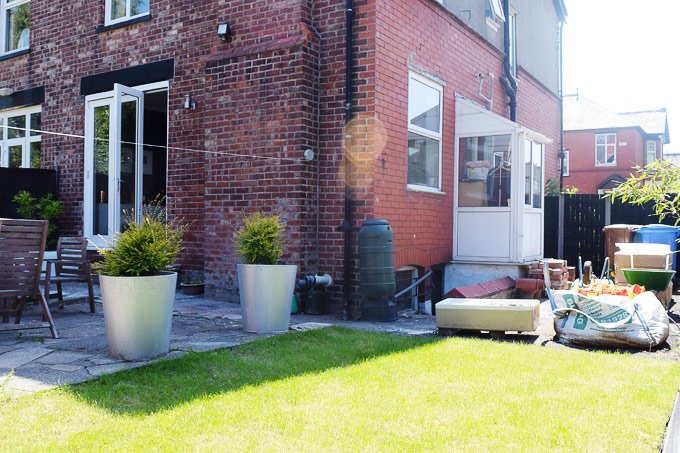 Now, you all know that our house was a bit of a mess when we first moved in. It was raining in through the roof, the cellar was very damp and the outside was a complete mess.

Something that we haven’t shared is that the side wall of the kitchen is a bit of a mess, too. The wall had obviously moved at some point and the brickwork on the outside has deflected slightly, leaving it looking a bit worse for wear. 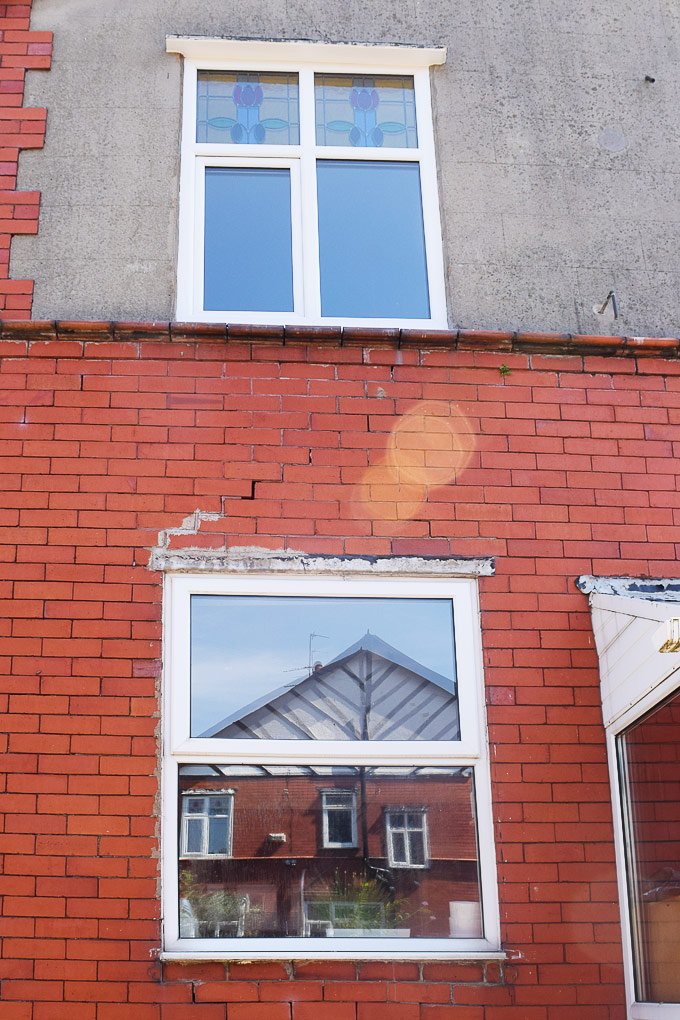 There’s no need to panic, though. We had it checked before we bought the house and although it doesn’t look good, we were told that it probably isn’t moving anymore and as far as we can tell now that we’ve been in the house for over 5 years, it really hasn’t moved. 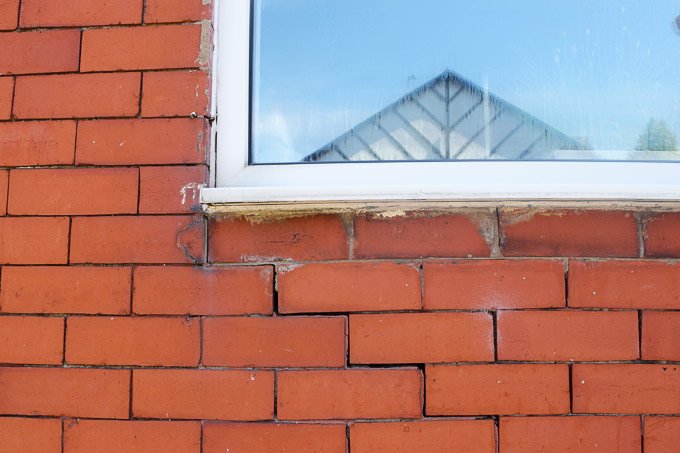 We also have a really awful little porch at the side of the building. It’s really badly built (I assume it has almost no foundations) and it is literally falling away from the house. As well as the door from the kitchen to the porch all of the windows need replacing, too. 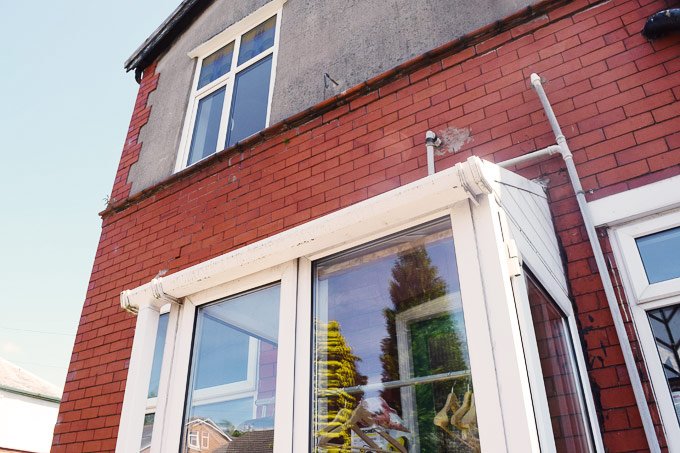 All of this work inevitably meant that it would be easier to knock down the wall and start again. Which is why we figured that instead of rebuilding the wall where it is, we’d “just” push it out a bit to give us a larger kitchen/dining area.

We recently already shared our plans for the kitchen, which now probably make even more sense. Because we’ll be extending the kitchen to the side, the island we’re planning will be freestanding and won’t actually touch the wall. We do think that both options would work and if we hadn’t received planning we would have probably still kept the same kitchen design. This way it all just feels a bit more generous. 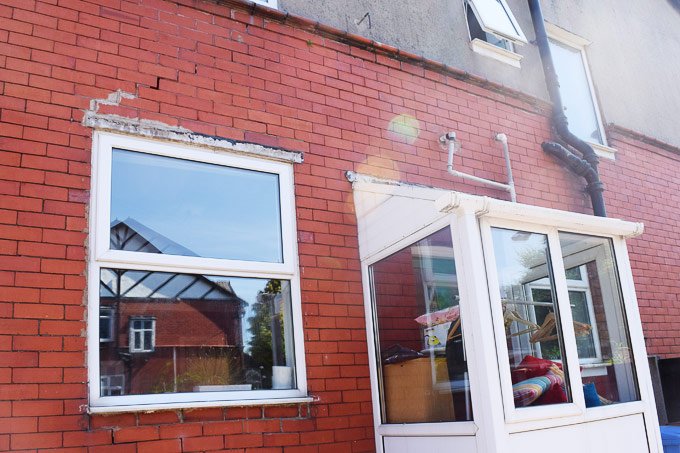 In the extended part of the kitchen, we’ll then have space for the dining table. The position of the kitchen won’t change and the current dining will turn into a more generous lounge area. We already know that we won’t stay in this house forever and whilst this new space will work really well for us, we think that it’ll be great for whoever buys the house after us, too.

Another thing that we’re really excited about is that the roof over the extension in the kitchen will be fully glazed. The room is (more or less) south facing, so the roof should let in loads of light.

Because of all of the building work that needed doing either way, extending the kitchen was an easy decision to make, but then we got slightly more carried away and figured that if we’re already extending the kitchen, we might as well make the extension slightly larger and run it along the whole side of the house. 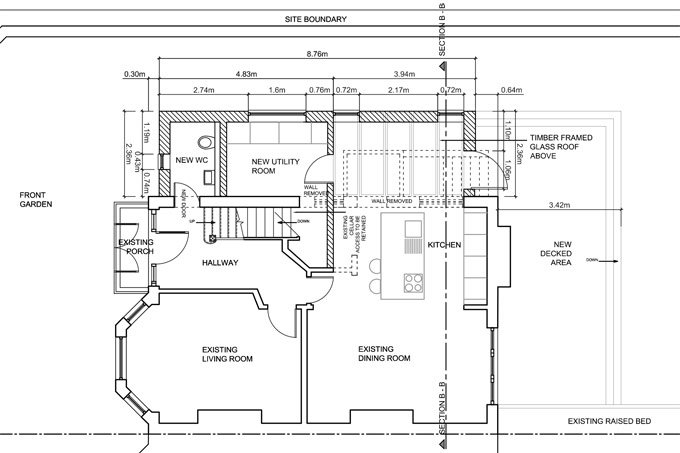 So instead of just extending the kitchen, we’ll now be adding a utility room and a guest bathroom, too. Weirdly this is one of the bits of the extension that I’m most excited about. Yes, of course, a new kitchen and a utility room will be amazing, but the thought of having another toilet in the house, especially one that’s on the ground floor, makes me slightly giddy.

Having another toilet in the house will make things much easier, especially when we have friends and family visiting, but most importantly it means that we will finally be able to rip out and replace our horrible main bathroom. 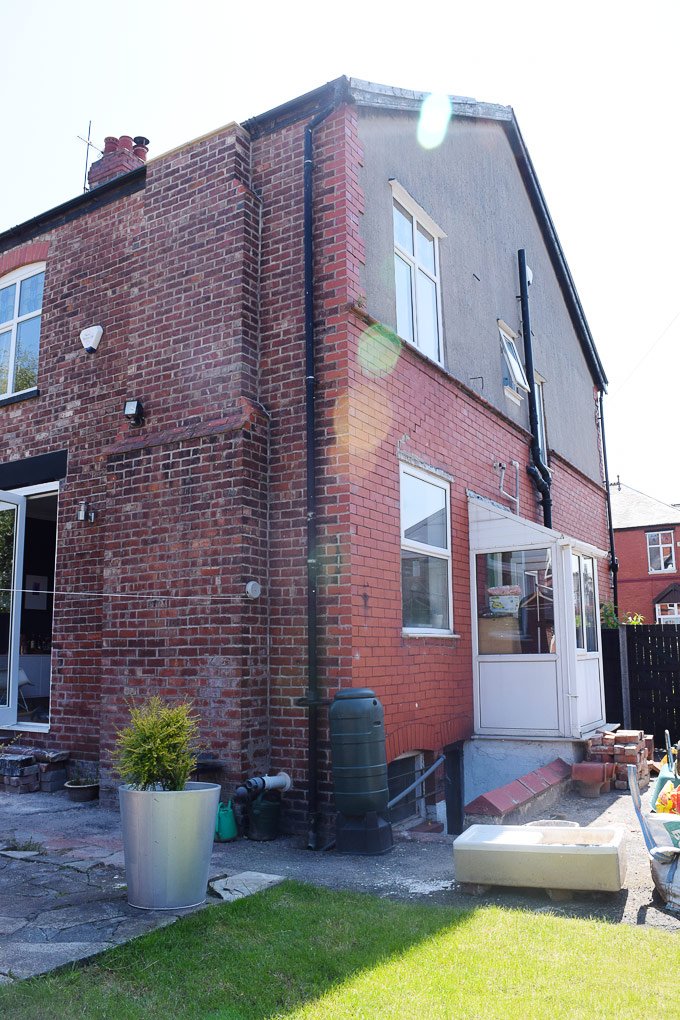 The utility will give us some additional storage as well as space for the washing machine. Its proportions are fairly generous, so we’ll also be using the space to hang everyday coats, jackets and store shoes. I like our hallway to be as clean and tidy as possible, so having this separate area where we can hide clutter will definitely make it easier to keep on top of day to day clutter.

Even before receiving the official planning permission, we’d been sorting the details with our builder and it looks like the building work will start at the end of July, so watch this space!

Have you ever built an extension? Do you have any tips for us?