It’s no secret that we love knocking down walls. Last year we took down a wall in our cellar, the wall between our kitchen and dining room and our garden wall (which was later rebuilt by our builder). But as much as we love taking down walls and open plan living, having the odd wall here and the does make sense. 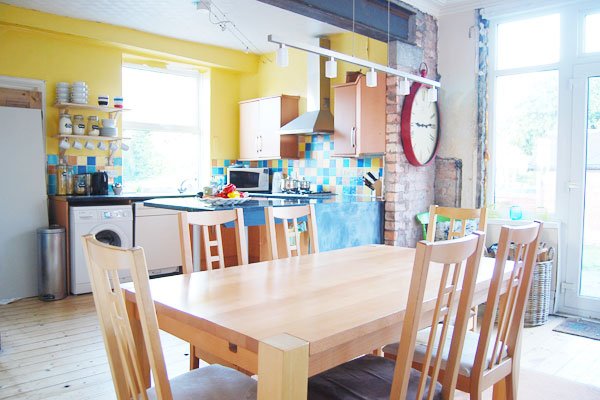 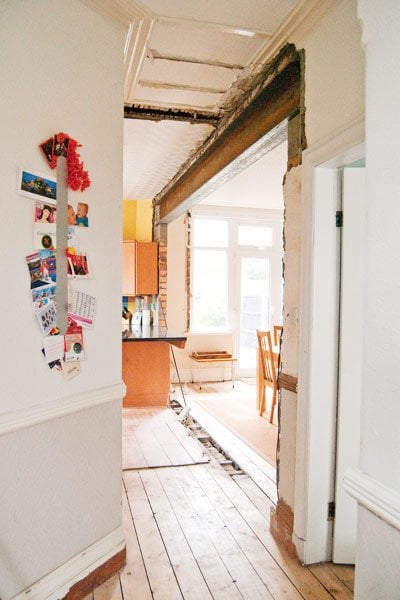 Because of the way we’re reconfiguring the layout of the back of our house, we’ll eventually also be taking down the little rest of the wall (marked yellow in the drawing) to create a more rectangular room. But before we start taking down even more walls – we’ve put back a wall! 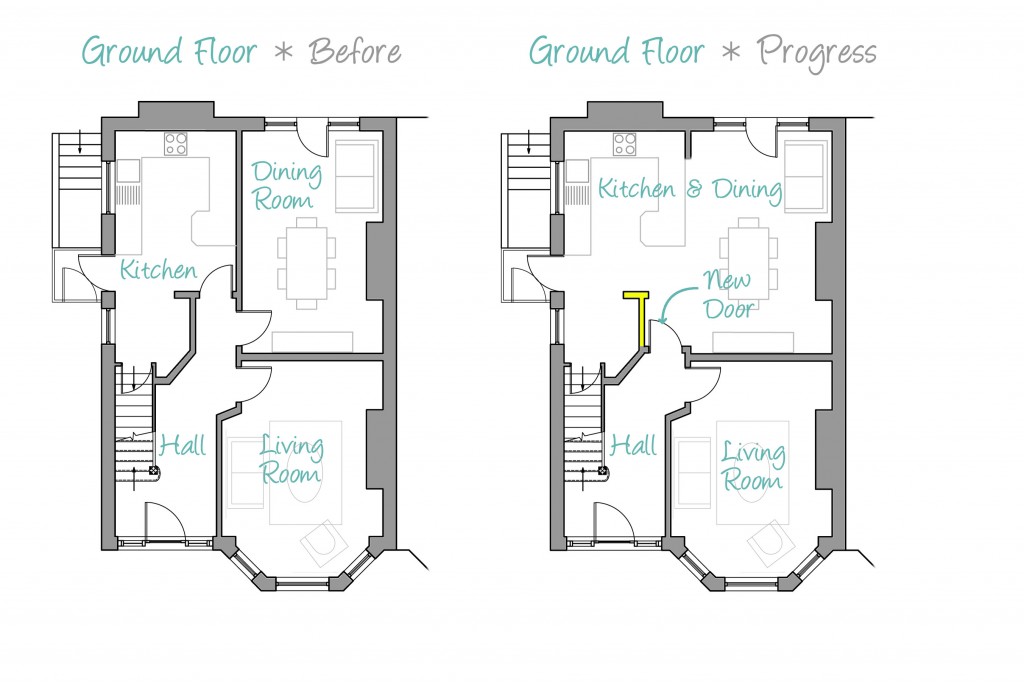 Well, really it’s  just a door between the kitchen & dining room and hallway. We’d never planned on keeping the house quite as open plan as it has been for the last few months and having a door is starting to make the room feel – well, more like a room.

It was starting to get a bit annoying not having a door. When cooking all of the smells would go everywhere in the house and sometimes we’d accidentally set of our smoke alarm. It was also pretty much impossible to keep the space warm. At the moment we only have our new wood burning stove to heat the space and it’s just not powerful enough to heat the whole hallway as well!

The new layout really makes much more sense. The hallway is a bit smaller than it was, as we’ve moved the original position of the door to create more space in the kitchen & dining room.

Our joiner was almost too quick for me to snap some pictures of the progress. 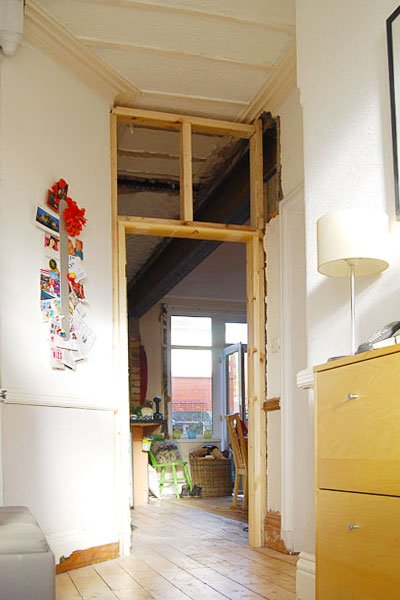 About an hour later it was already finished. The door (that’s currently still missing) is still going to be the original kitchen door. Having already restored two doors in our house (the bathroom door and the living room door), we know that the door will look great, even if it looks almost unsalvageable now. It’s just a lot of work – which probably involves even more time with the heat gun. 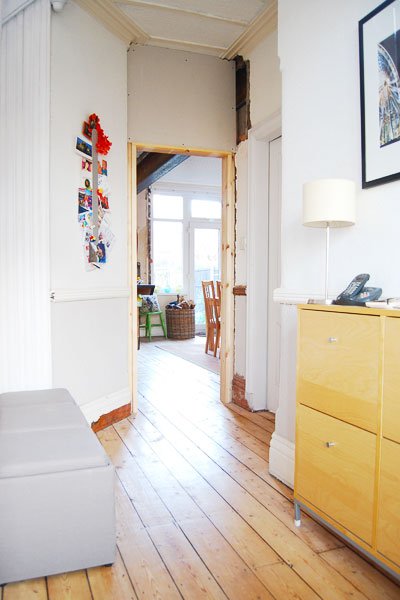 This was one of those jobs that we decided to pay to have done, but having looked at what was actually involved we could have probably done it ourselves. All in all we’re glad that the room if starting to progress a bit.

Have you ever built a stud wall? Have you also paid for building work that you later thought you could have easily done yourself?