As you’ve probably already guessed by our infrequent posting, it’s been completely manic around here over the last few weeks. We have what feel like about a million projects started that we are trying to complete – all at once – most of them before the winter kicks in. Luckily that means that we have loads of exciting projects to share with you!

We really should learn to finish projects before starting new ones, but so many things have a way of depending on others that we sometimes just get carried away. 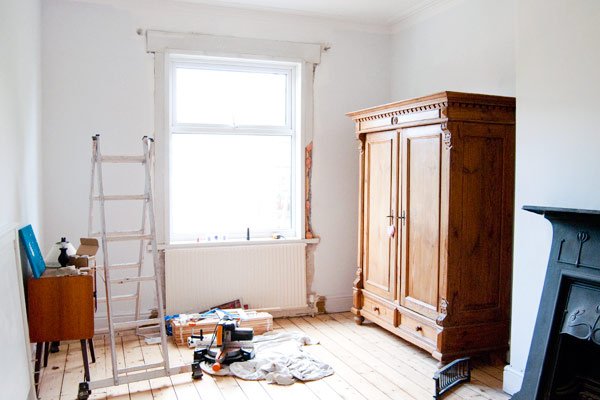 Our new kitchen and dining room still needs a few little things sorting and our loft conversion is due to start about a month ago (don’t ask). 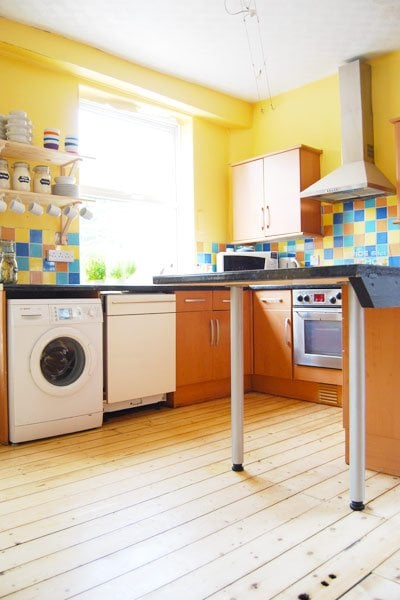 We are living in complete chaos and there are still a load of things that need to be finished off, one big project has finally started… Can you guess what it is? Yep, our garden wall is finally being rebuilt. Yes, it’s being rebuilt by someone who knows what he’s doing!

This is what it looked like when we had finished the prep work. 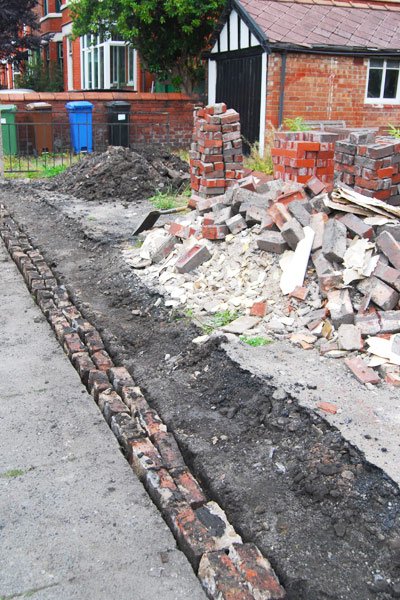 We completely took down the wall to below ground level. The two rows of bricks are just loosely lying in the trench for the new foundation – we didn’t want a sudden drop along our property boundary that people walking along the pavement could fall into!

Just a day later, this is what the garden looked like. 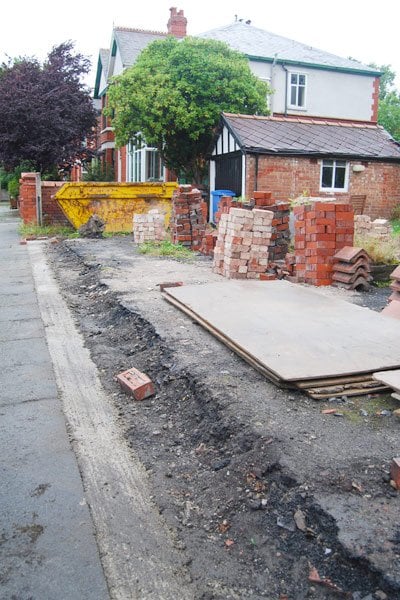 It’s already such a huge improvement!

Now, I know that some of you had faith in us and thought that we’d be able to build the wall ourselves, and believe me, we would have loved to, but it really felt like it was way beyond our abilities. We practiced on our little raised bed, but found it really difficult. Brick laying is definitely an art form. 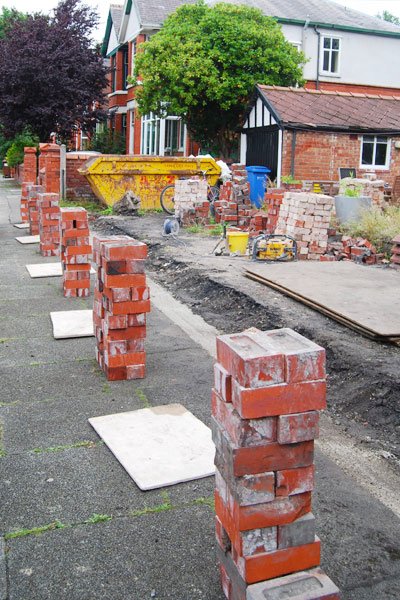 I’ve been watching our builder and he really makes it look so easy – scoop up mortar, stick it to brick, place brick, level out. Sounds simple, really isn’t! Getting the mortar to stick to the trowel is easy enough – tap it and it will stick with suction, everything after that it a lot more complicated. 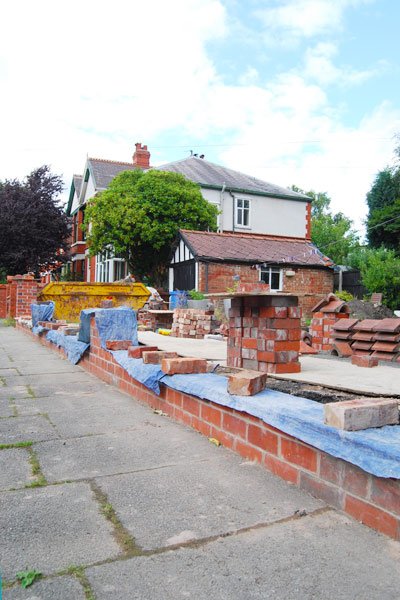 One of the main reasons we decided against building a garden wall ourselves is because it’s such a long piece of wall with mortar joints that will stay visible. This inevitably meant that we would have to work extremely accurately, as any unevenness would make the wall look messy and more importantly, if we were out by just a bit at the start of the wall, one end my end up being a lot higher than the other. And to be fair, we did do a lot of the preparation work ourselves. Taking down and cleaning about 700 bricks is really not my idea of fun. 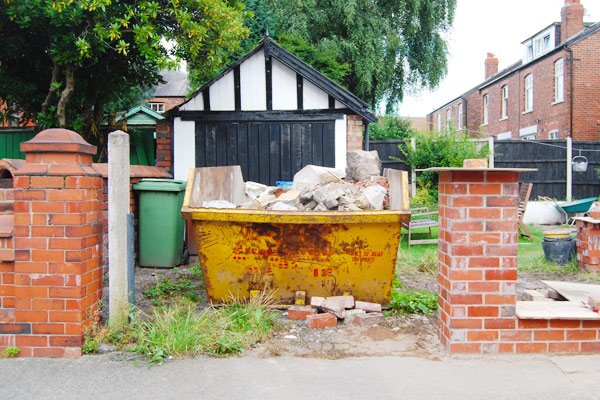 Aren’t these joints amazing? Aren’t they the prettiest thing you’ve ever seen? Okay, maybe that’s just me, but I can’t tell you how happy and relieved I am not to be doing it myself. We’re also just so glad to finally be seeing some progress in our garden – which at the moment can still only be described a very messy building site. 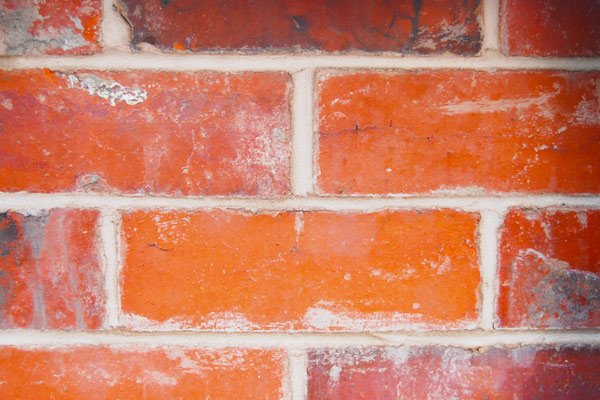 I can’t wait for the wall to be finished (the builders are outside right this moment) and to be able to share the results with you. Hopefully they will be finished later this week!

As a serial DIYer it’s probably a good thing to know your limits. Have you ever tackled a job that you wish you’d pay someone to do? Have you ever attempted brick laying or building a garden wall– if you have, did you find it as difficult as us?