Now that we’ve been in our new home for just over 8 months we’re really starting to notice the things we love about our new home.

I love the high ceilings and how light it is even on the miserable dark winter days. I love the parquet floor and the original doors and I love the spectacular ceilings. 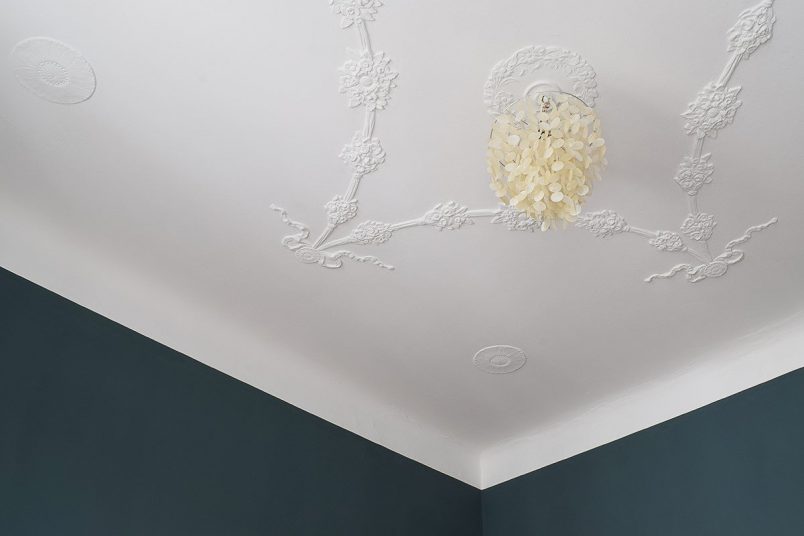 But there are things that annoy me, too.

We are lucky that most things are in a good condition but that doesn’t mean that there aren’t still dozens of things we want to change.

Here are the 5 things that we want to change – NOW!

I honestly don’t even want to share a photo of this shameful corner of our living room! It’s such a mess! Don’t say I didn’t warn you! 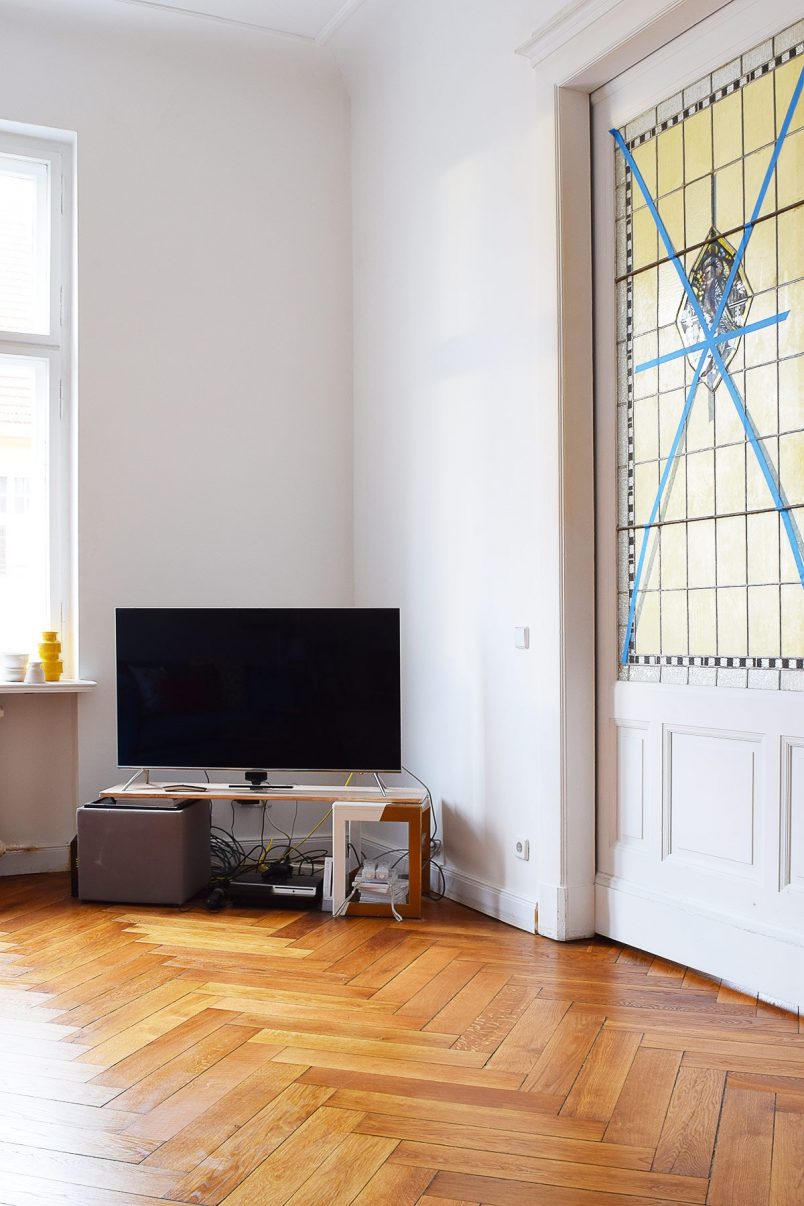 Yep, even DIY and home bloggers have corners of their homes that they usually keep secret.

We really need to sort out some kind of storage solution as soon as possible! I’d really love a mid-century sideboard but it’s proving to be rather difficult to find something that we both like and is in budget. 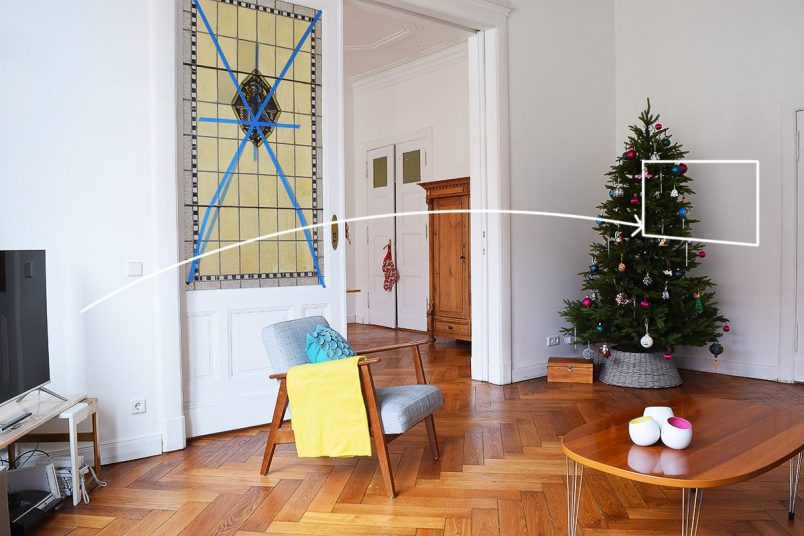 Another problem (if you can call it that) is that I’ve seen The Frame and once you’ve seen it there’s just no going back! If you’ve not heard The Frame it’s an amazing new TV by Samsung that looks like you have art hung on the wall – just a warning though – once you’ve seen it no other TV will ever be good enough again!

I honestly think that anyone that would buy anything else is completely mad! Okay, so it’s not exactly a budget-friendly TV and it’s sadly not going to be making it’s way onto our wall anytime soon but there’s no denying that it’s pretty spectacular and would look perfect in our apartment!

Maybe it’s the time of year or the fact that we still have nowhere near enough furniture in our home. Or maybe it’s down to the ridiculously high ceilings in our apartment but our home still feels really empty and the opposite of cosy and welcoming. 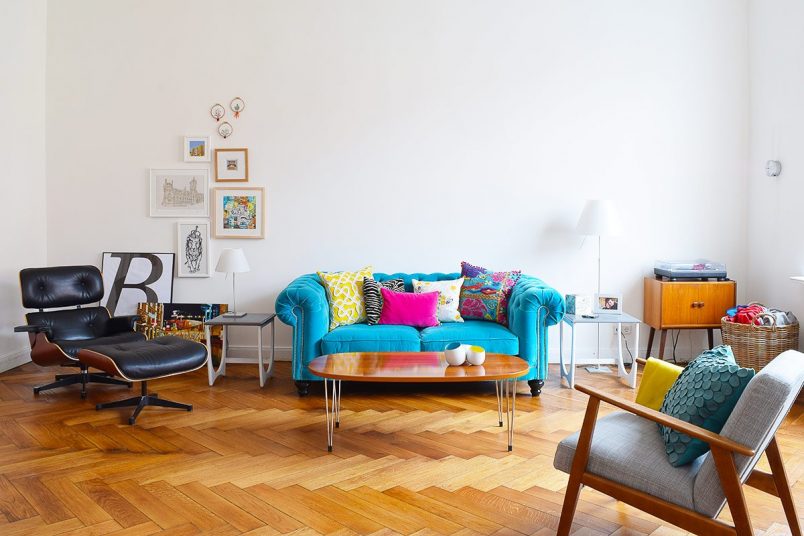 One thing that’s really missing are softer textures and things like rugs, throws and other soft furnishings.

Choosing a rug is turning into an almost impossible task though, as most of my go-to stores don’t even stock rugs in the size we need for our rooms! And on the rare occasions, we do find a rug we like, it costs an absolute fortune!

I know, I know. We’ve only barely finished our master bedroom makeover – we’ve not even yet shared the finished room yet – and are already talking about knocking a big hole in the wall. 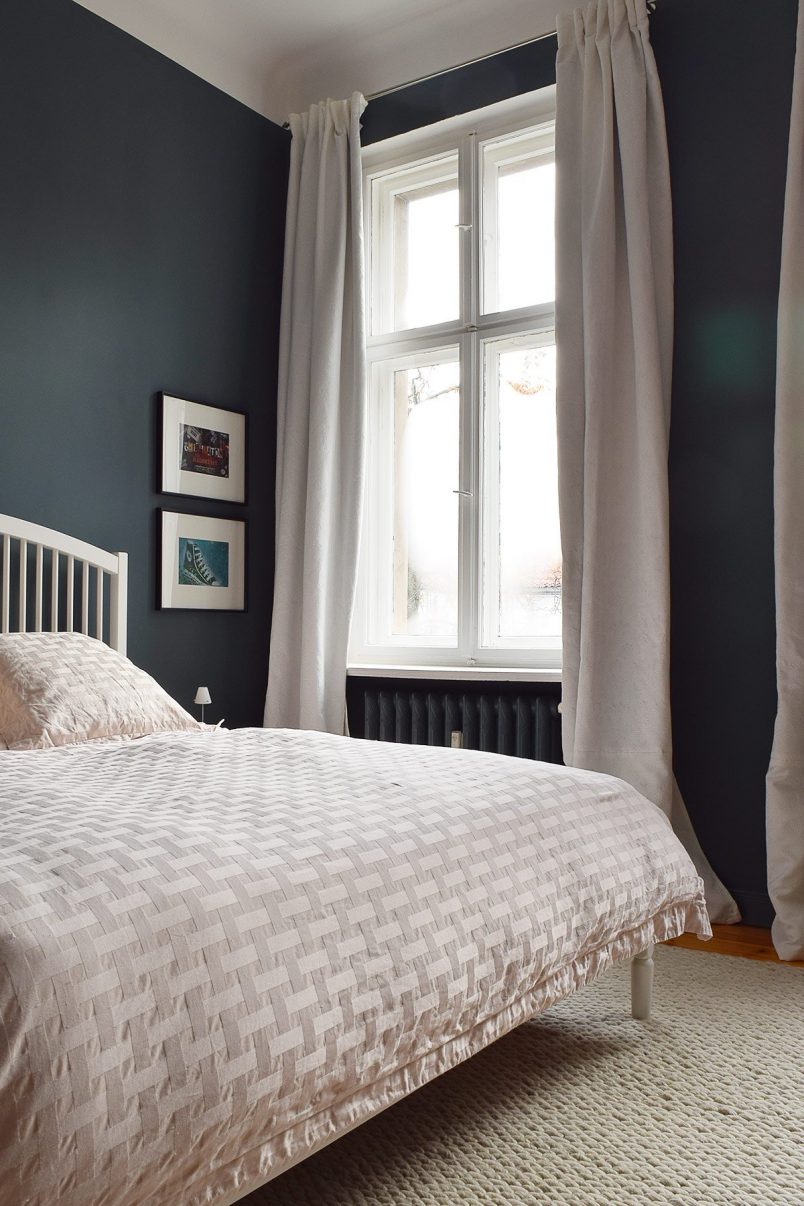 Yes, it’s a bit mad but there’s a bit of logic in the madness, too. Although the work will be a bit messy it will only affect one small area of the room and should be very localised. 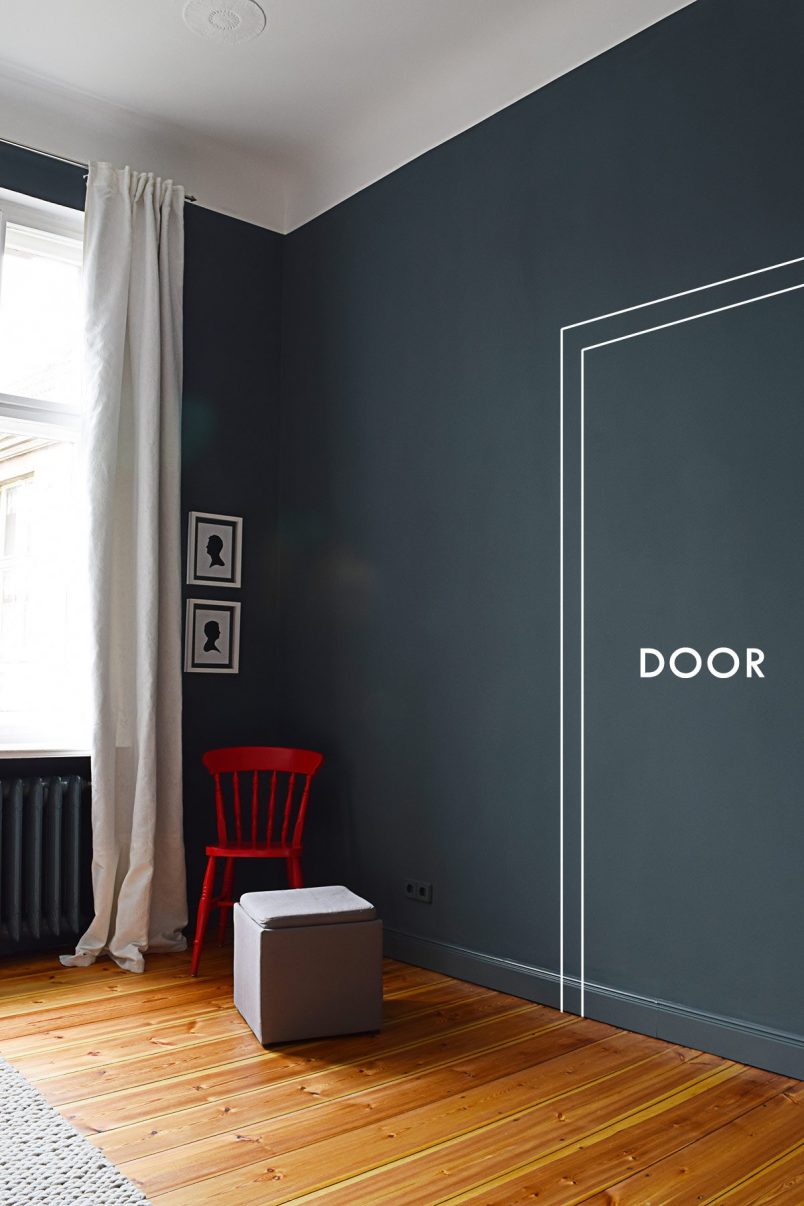 The plaster around the new door opening will have to be patched and painted but other than that there shouldn’t be too much work involved.

It’s no big secret that I don’t particularly enjoy cooking or that I’m really not good at it.

It doesn’t help that our kitchen is a bit of an uninspiring mess but working in there at the moment is even more problematic than usual. 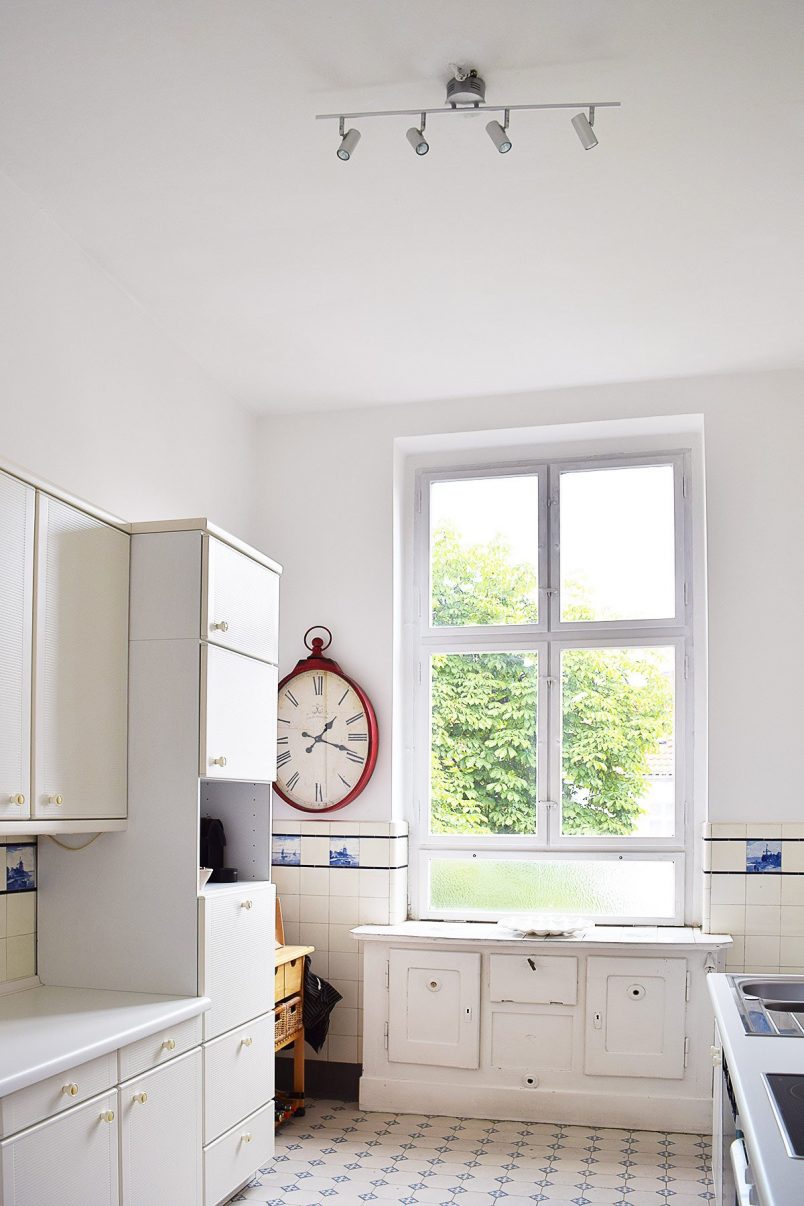 It was fine in the summer months but now that it’s dark for so much of the day we’ve noticed another issue with our lighting – basically there isn’t any!

We added a ceiling lamp when we moved in and there is a light in our extractor fan but it’s nowhere near enough to light the room properly and definitely not enough to see what you’re doing when you’re chopping your food!

Our pantry doesn’t even have light at all! 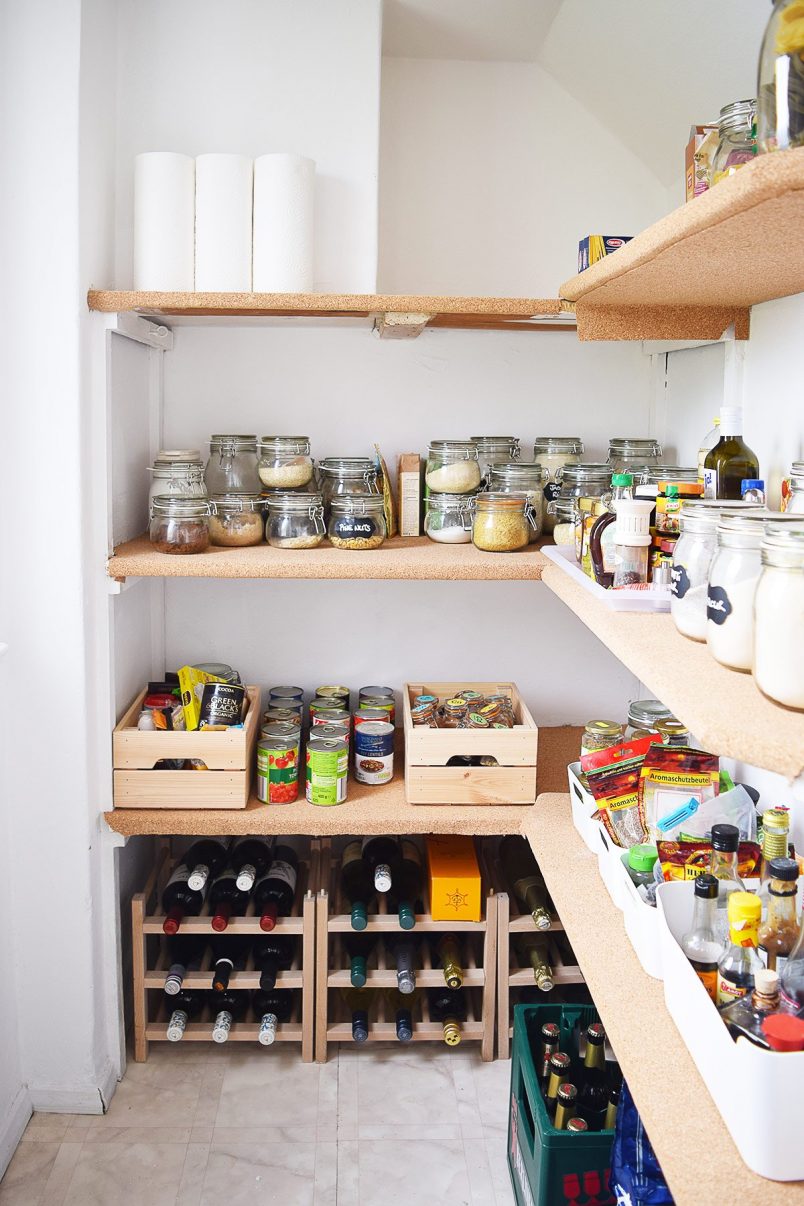 In terms of sockets, it’s not much better, as there are only 3 in the whole kitchen! One of which is here… 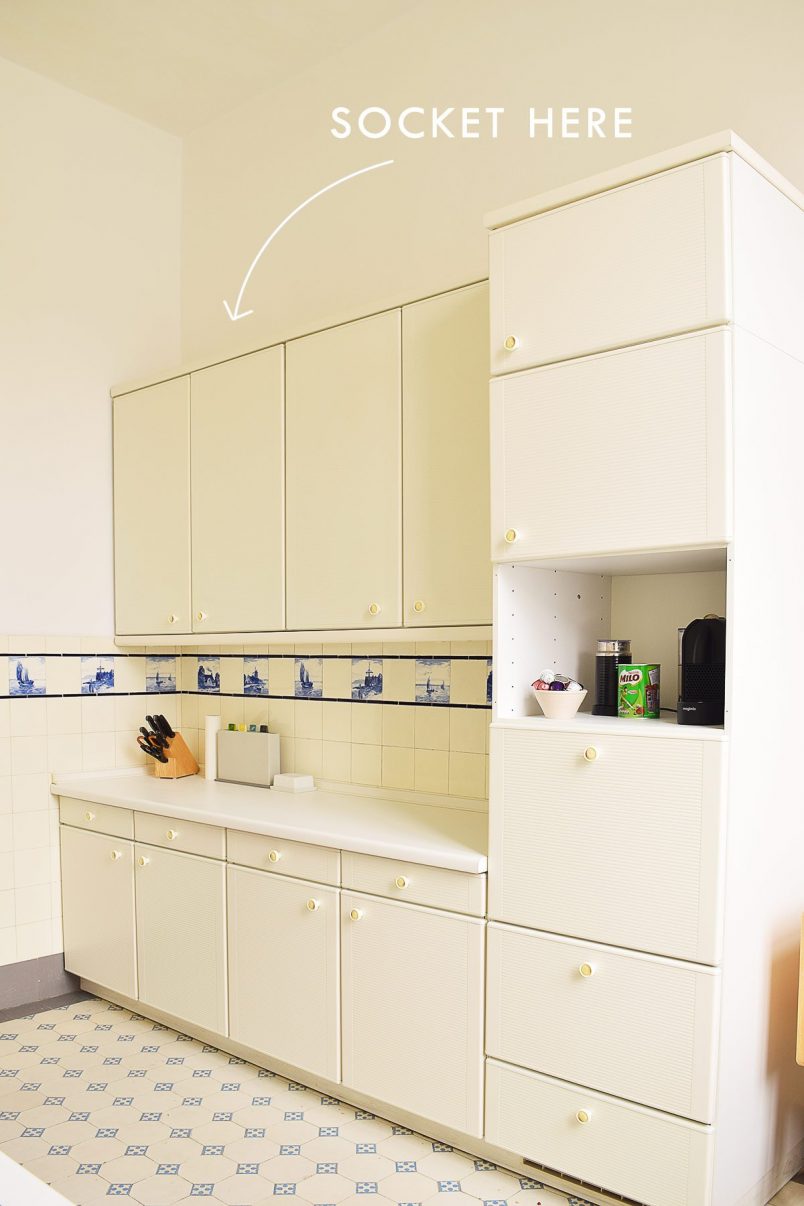 As weird as the location of it is, it actually works in our favour as we’ll be able to use it to install lighting under the wall hung cupboards. Yay!

The current bathroom really annoys me for lots of different reasons.

The fittings are very basic, there’s almost no storage and I hate showering over the bath where it feels like I’m getting eaten alive by the shower curtain.

It’s not awful by any means and it’s definitely much better than our bathroom in Manchester ever was but it could also be sooo much better! 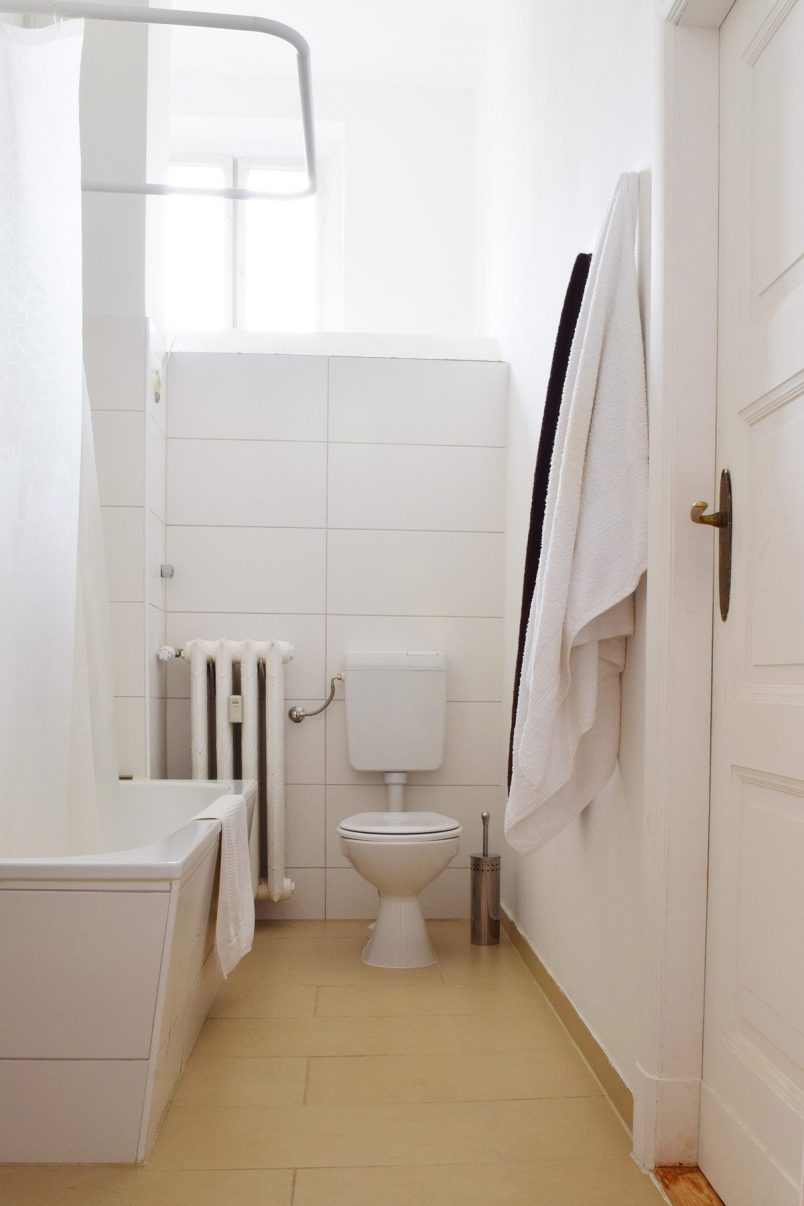 We already shared a mood board with our short-term overhaul plans and our current aim is to get at least some of the planned improvements done this year. We obviously won’t be ripping out any of the sanitary ware just yet but I’m hoping that a lot of small improvements will already make a big difference.

Admittedly, our list does tend to change from day to day and there are a lot of other things that need improving. Of course, I’d like everything done right now but real life budgets are just really annoying.

I know that the internet often represents a slightly distorted version of reality and I can’t help but admire a lot of blogs where everything seems to happen at breakneck speed.

For us though, renovating is more than slapping a bit of paint on the walls, filling the room with pretty furniture and gorgeous stuff (although I’m hoping to get round to that at some point, too!).

Do you have things that annoy you about your home, too? What would your priorities be? Which room is most important for you?